Tecnomodel has just confirmed that it will be producing 1:43 replicas of the first ever Ferraris to have competed in the Formula One world championship! Everyone knows that the first world championship grand prix was held at Silverstone in 1950. But, a lesser-known fact is that what would become the legendary Ferrari team did not join the series until the second round of the year, at Monaco.
Click here to read more
We are now down to our last 20 examples of Spark’s 1:43 ‘special’ commemorating Max Verstappen winning last year’s Formula One world championship, in the season-ending Abu Dhabi Grand Prix. The 2021 Formula One world championship was a tight, year-long battle between Red Bull’s Verstappen and Mercedes’ Lewis Hamilton. The pendulum swung back and forth between them until they entered the final grand prix of the season in Abu Dhabi level on points. For most of the race it looked like Hamilton was going to prevail, but then came ‘that’ Safety Car call and subsequent sensational final lap shootout that would see Max secure his first world title.
Click here to read more
Tecnomodel has just announced that it will be replicating in 1:18 scale one of the most graceful Formula One cars of all time, the 1974 Brabham BT44. Designed by Gordon Murray, the BT44 was a relatively simple yet aerodynamically clean design. Carlos Reutemann won three grands prix with the car during the 1974 season, although a mere two further points finishes saw him end the campaign sixth in the drivers’ championship.
Click here to read more
This recent IXO 1:18 release is specifically Jimmy McRae’s Opel Manta 400 from the 1985 RAC Rally, in which the Scot finished sixth. But this AC Delco-backed machine made a much bigger impact with rally fans for its role in the British Rally Championship that year, in which McRae engaged in a titanic title fight with the similar (Andrews Heat For Hire sponsored) machine of Russell Brookes.
Click here to read more
IXO’s latest shipment contained its trio of 1:18 replicas of the 1982 Opel Ascona 400, as driven by Walter Rohrl, Henri Toivonen and Jimmy McRae. Rohrl became the first repeat winner of the World Rally Championship in 1982, adding a second title to the one that he secured with Fiat in 1980. The German took victory on the season-opening Monte Carlo Rally and the gruelling Ivory Coast event, with six further podiums allowing him to take the crown by 12 points from Audi’s Michele Mouton.
Click here to read more
The Ferrari 250 GT ‘Breadvan’ may have been a one-off, but it had quite a varied racing career, taking part in several different events. Tecnomodel has just announced 1:43 replicas of half a dozen guises of the car. Five of them are from 1962, the year that Ferrari 250 GT SWB chassis #2819 GT was transformed into one of the most recognisable designs in sportscar racing history. The black and red ‘T’ car was campaigned in the Le Mans 24 Hours test day, while the all-red #16 rendition was crewed by Carlo Mario Abate and Colin Davis in the race itself. A gearbox failure put them out.
Click here to read more
Tecnomodel announced a raft of new 1:43 Formula One subjects from the 1950s the other day, including the 1951 championship-winning Alfa Romeo 159 ‘Alfetta’. 1951 was only the second season of the Formula One world championship, and saw Juan Manuel Fangio secure the first of his five titles. The Argentinian fended off the strong Ferrari challenge of Alberto Ascari and Jose Frolian Gonzalez to wrap up the championship with victory at the final race of the year in Spain.
Click here to read more 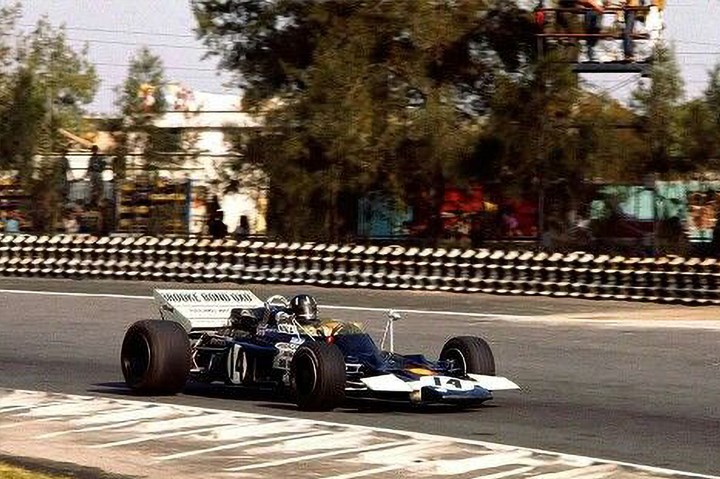 The other day, Tecnomodel announced several 1:18 replicas of the iconic Lotus 72 Formula One car. The headline subjects have to be Emerson Fittipaldi’s JPS-liveried cars from his first world championship winning year of 1972. These are his Brands Hatch British Grand Prix winner, (the #8 machine), and the #6 version that he drove when he secured the title with another victory, (his fifth of the season), at Monza.
Click here to read more 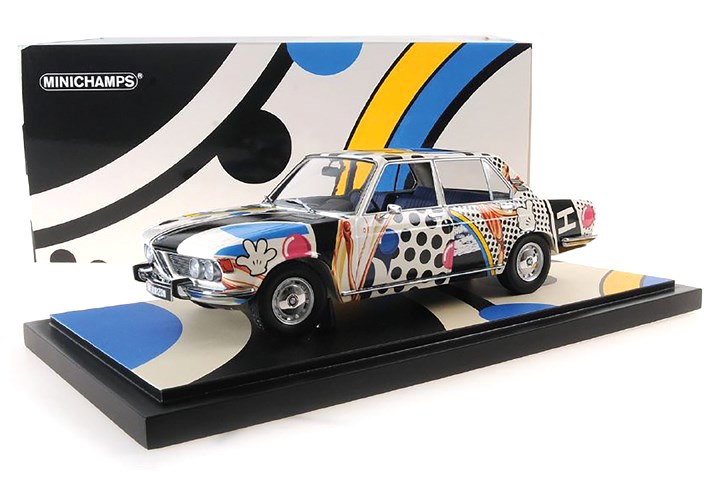 Minichamps recently released one of its more intriguing subjects; a 1:18 replica of the BMW 2500 New Horizon project, which had a livery in the style of BMW’s famous ‘Art Cars’. Indeed, the car was given its distinctive paint job by famed BMW ‘Art Car’ artist Walter Mauer.
Click here to read more
The DBS Superleggera was unveiled as Aston Martin’s flagship grand tourer in 2018, replacing the Vanquish. The front of the car featured a new bumper with a large centre grille for improved engine cooling, while two air extractors at the sides performed the same function with the brakes.
Click here to read more
After first announcing this model back in 2016, it has now finally appeared on one of Spark’s upcoming release schedules! The subject is Jim Clark’s 1967 Dutch Grand Prix winning Lotus 49. This race marked the debut for the 49, and also the first time that Clark had ever driven it.
Click here to read more
We recently received, at long last, CMC’s first new 1:18 model in about three years! It is the beautiful 1966 Ferrari 275 GTB/C. Ferrari launched the 275 GTB/C in 1966. It used a completely new chassis, designed by Mauro Forghieri, which was both lighter and stronger than the standard 275 chassis. A total of 12 examples were built, each receiving rather voluptuous bodywork that was characteristic of Pininfarina’s designs at the time.
Click here to read more
One of the white-hot (see what we did there!) new Spark 1:18 replicas that recently arrived with us is Max Verstappen’s one-off ‘Honda tribute’ Red Bull from the 2021 Turkish Grand Prix.
Click here to read more
Ever since Aston Martin’s vehicles started sharing Formula One Safety and Medical Car duties with those of Mercedes, collectors have been crying out for replicas of them. Well, Spark has now heeded that request, with its recent announcement of the Vantage Safety Car and DBX Medical Car in 1:43 scale. The 4.0 litre twin- turbo V8 engine used by both vehicles was enhanced in order to achieve the highest level of performance possible, while various aerodynamic upgrades saw to it that the extra power could be safely utilised.
Click here to read more
Tecnomodel has announced several 1:43 replicas of the 1958 Ferrari Dino 246 Formula One car. 1958 was a momentous, albeit tragic, season for Ferrari, as Mike Hawthorn won the world championship. He may have ‘only’ taken one victory, in the French Grand Prix at Reims, but five runner up spots allowed him to secure the title from Vanwall’s Stirling Moss by a solitary point. Tecnomodel will be replicating both Hawthorn’s French GP winning machine, and his second placed machine from the season finale at Morocco, when he made history by becoming the first ever British Formula One world champion.
Click here to read more
Stirling Moss scored a famous victory in the 1955 Mille Miglia with Denis Jenkinson sat alongside him, ‘Jenks’ having been widely credited with inventing pace notes on this event.
Click here to read more
One of Minichamps’ most exciting new releases is bound to appeal to collectors of both Formula One and MotoGP replicas! It is the 1:12 two bike and riding figure set for Valentino Rossi and Lewis Hamilton, from their famous ‘Ride Swap’ at the Valencia circuit in Spain towards the end of 2019.
Click here to read more
One of Tecnomodel’s many recent exciting new 1:18 releases is of a pre-war subject. It is the 1932 Alfa Romeo P3 Tipo B, and there have been versions produced for two of the greatest pre-war racing drivers; Rudolf Caracciola and Tazio Nuvolari.
Click here to read more
Now in stock are Spark’s 1:18 ‘specials’ commemorating Lewis Hamilton’s victories in last year’s British and Russian Grands Prix. Taking them chronologically, we’ll start with Lewis’s British GP winning Mercedes F1 W12 from Silverstone. The 2021 British Grand Prix was certainly a dramatic affair. Even in the Saturday sprint race there had been a sensational first lap battle between Hamilton and Verstappen, which paled in comparison to the first lap of the grand prix itself.
Click here to read more
Minichamps has just released one of its most significant subjects of recent times, in the form of its 1:18 replica of Niki Lauda’s 1984 Formula One world championship winning McLaren MP4/2. For many collectors, this will be their first opportunity to add this model to their 1:18 F1 world champions collection.
Click here to read more