Tecnomodel has announced several 1:43 replicas of the 1958 Ferrari Dino 246 Formula One car. 1958 was a momentous, albeit tragic, season for Ferrari, as Mike Hawthorn won the world championship. He may have ‘only’ taken one victory, in the French Grand Prix at Reims, but five runner up spots allowed him to secure the title from Vanwall’s Stirling Moss by a solitary point. Tecnomodel will be replicating both Hawthorn’s French GP winning machine, and his second placed machine from the season finale at Morocco, when he made history by becoming the first ever British Formula One world champion.

Tecnomodel will also be replicating Peter Collins’ 1958 British Grand Prix winning Ferrari Dino 246. This subject is particularly poignant, as Collins was to lose his life just two weeks later when he crashed in the following grand prix at the Nurburgring. The next Dino 246 is Luigi Musso’s second placed car from the 1958 Monaco Grand Prix, which has a similarly sad tale behind it. This was to be the Italian’s final podium finish in Formula One, as he was also killed later in the year, in the French GP as his team-mate Hawthorn took victory. 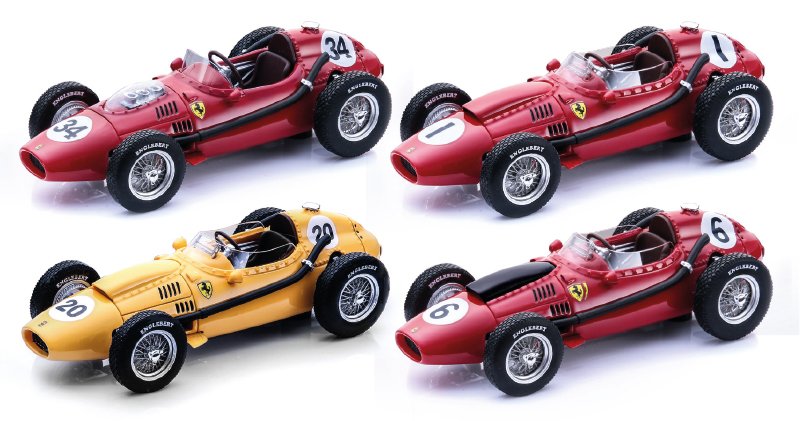 The fifth and final Ferrari Dino 246 that Tecnomodel will be replicating is Olivier Gendebien’s sixth-placed car from the 1958 Belgian Grand Prix, finished in the yellow of the privateer Ecurie Francorchamps outfit.