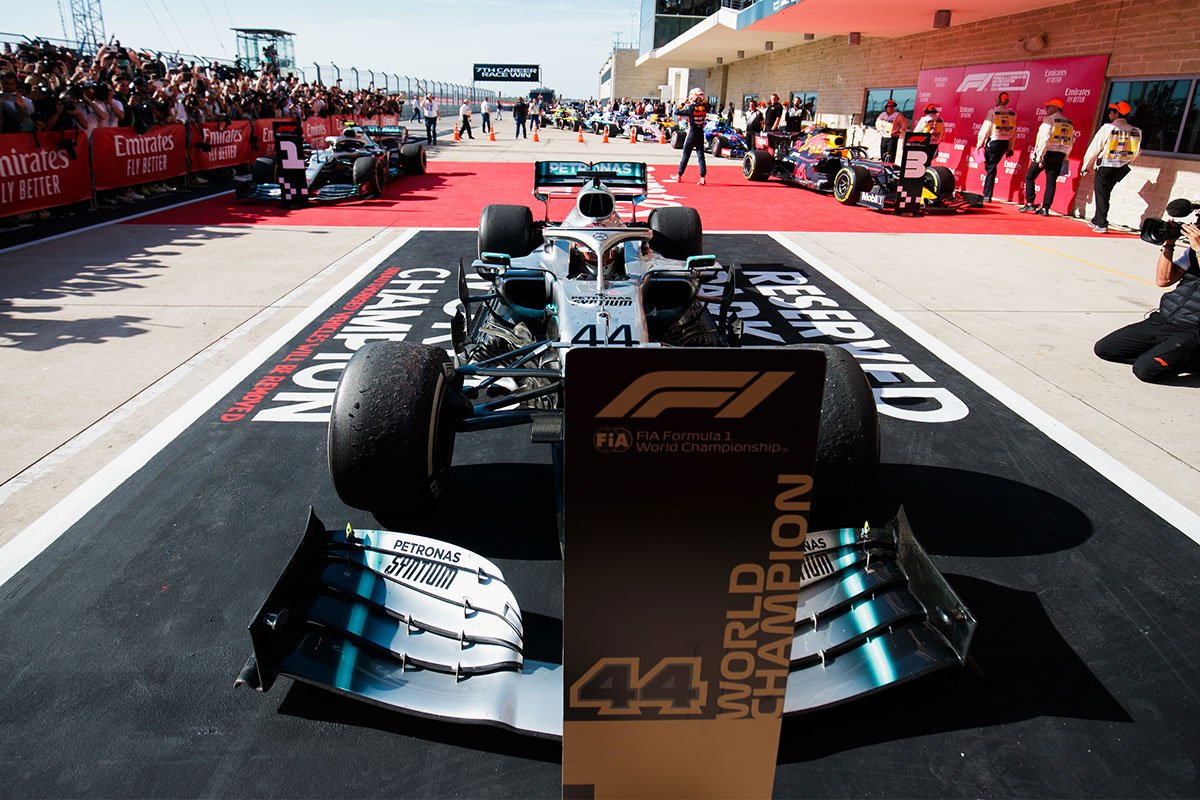 Unsurprisingly, Spark were quick off the mark confirming their specials celebrating Lewis Hamilton clinching the 2019 F1 championship at the American Grand Prix, announcing them within a week of the race.

There are a couple of particularly exciting extras that are included with its championship winning specials this year, in both 1:18 and 1:43 scale. These are the World Champion platform that Lewis drove onto in parc fermé after the race, and the celebratory pit board that he pulled up in front of.

Given the enormity of Lewis’s achievement of winning his sixth Formula One world championship (now only one behind Michael Schumacher’s all-time record!), demand for both scales is bound to be huge. Get your name down now, and there will be no chance of you missing out. Wait a while, and we will be unable to make that same promise.