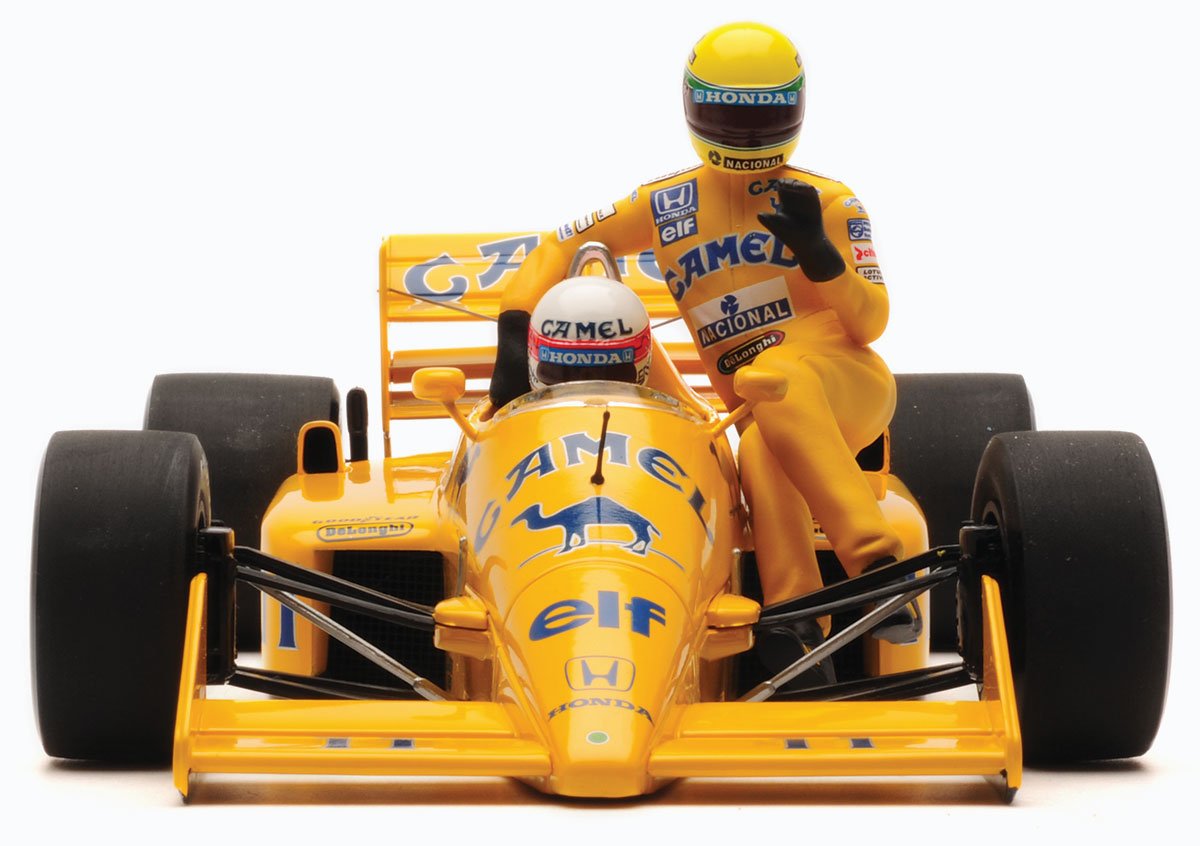 Minichamps has just released its replica of the Ayrton Senna and Satoru Nakajima Lotus ‘taxi’ replica from the 1987 Formula One season, in both 1:18 and 1:43 scale.

This model recreates the moment after that year’s Italian Grand Prix at Monza. Senna had driven his heart out during the race, knowing that the only way to take the challenge to the dominant Williams pairing of Piquet and Mansell was to go through the race without stopping to change tyres.

Sure enough, the Brazilian inherited the lead after the Williams duo pitted for fresh rubber. But he was now paying the price for that strategy, struggling on severely worn tyres. With just a few laps to go Senna’s Goodyears were no longer able to give what he was asking of them, and the yellow Lotus skittered across the gravel trap at the Parabolica, gifting the lead to Piquet.

Still refusing to admit defeat, Ayrton gave chase to his countryman, ultimately coming up just under two seconds shy. He had extracted every last ounce of performance from his Lotus 99T, and duly ran out of fuel after crossing the finish line. And so his team-mate Satoru Nakajima kindly gave him a lift back to the pits!

This is the most exciting Senna replica to have been released for many years. We can’t see it hanging around for long. Especially as it comes fully complete with all the requisite decals!