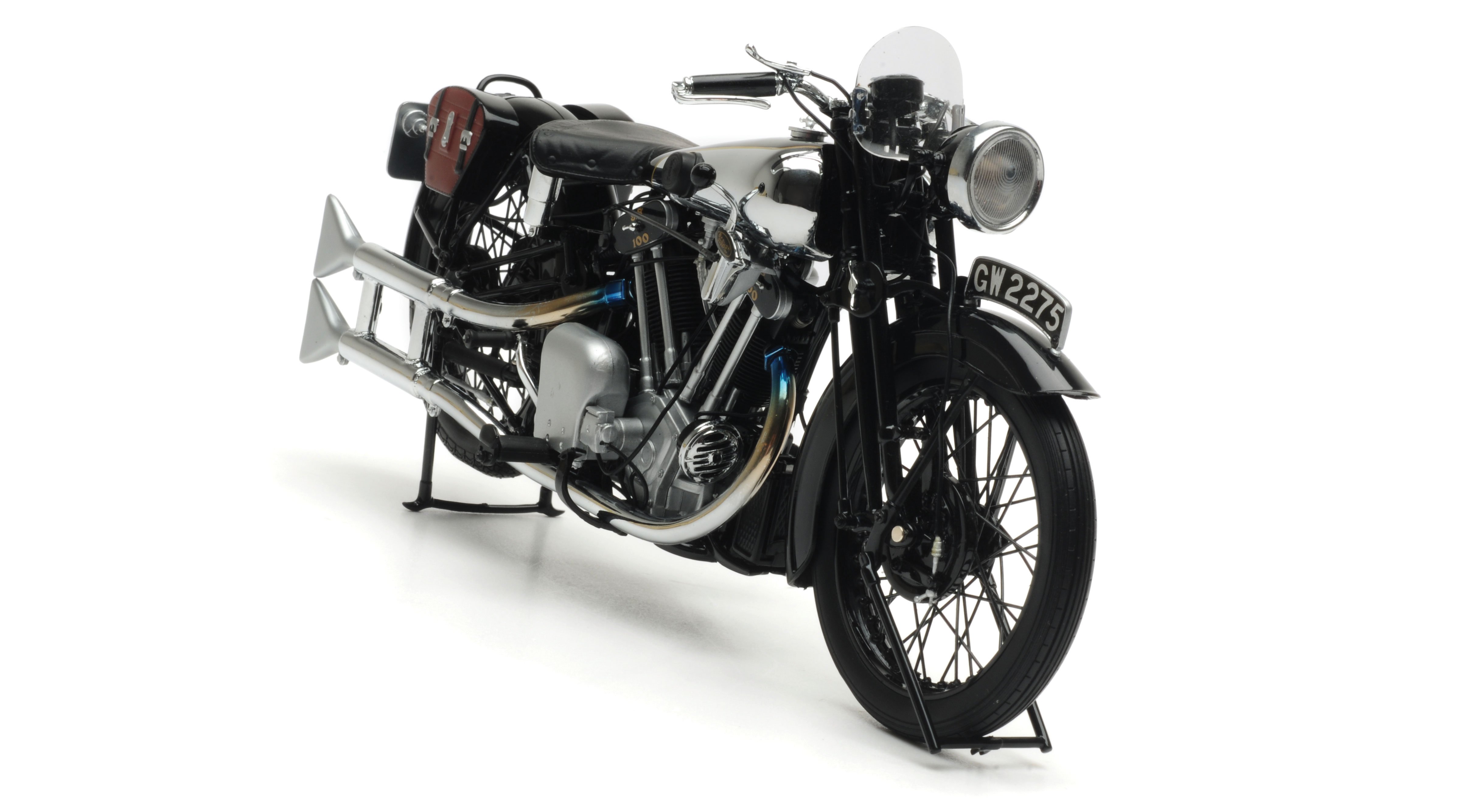 Minichamps has just re-released its 1:12 replica of T.E. Lawrence’s Brough Superior SS100. The man that Winston Churchill called ‘the greatest ever Englishman’ loved his Broughs, but he tragically lost his life on this machine just 500 yards from Clouds Hill, his Dorset cottage.

Lawrence owned seven Broughs in his life; this was the last, the SS100 that he bought in 1932. His machine was tuned to well over 100 mph; quite a speed for the early ‘30s.

Lawrence’s last journey was on 19th May 1935. The facts are that he had an accident involving two boy cyclists, although there was a conspiracy theory that he had been assassinated.

The coroner brought in a verdict of accidental death, pointing out that Mr. Shaw (Lawrence’s actual surname) must have been travelling at very high speed.

This 1:12 replica remains one of the most complicated projects that Minichamps has ever undertaken. You won’t have many more opportunities to obtain one. 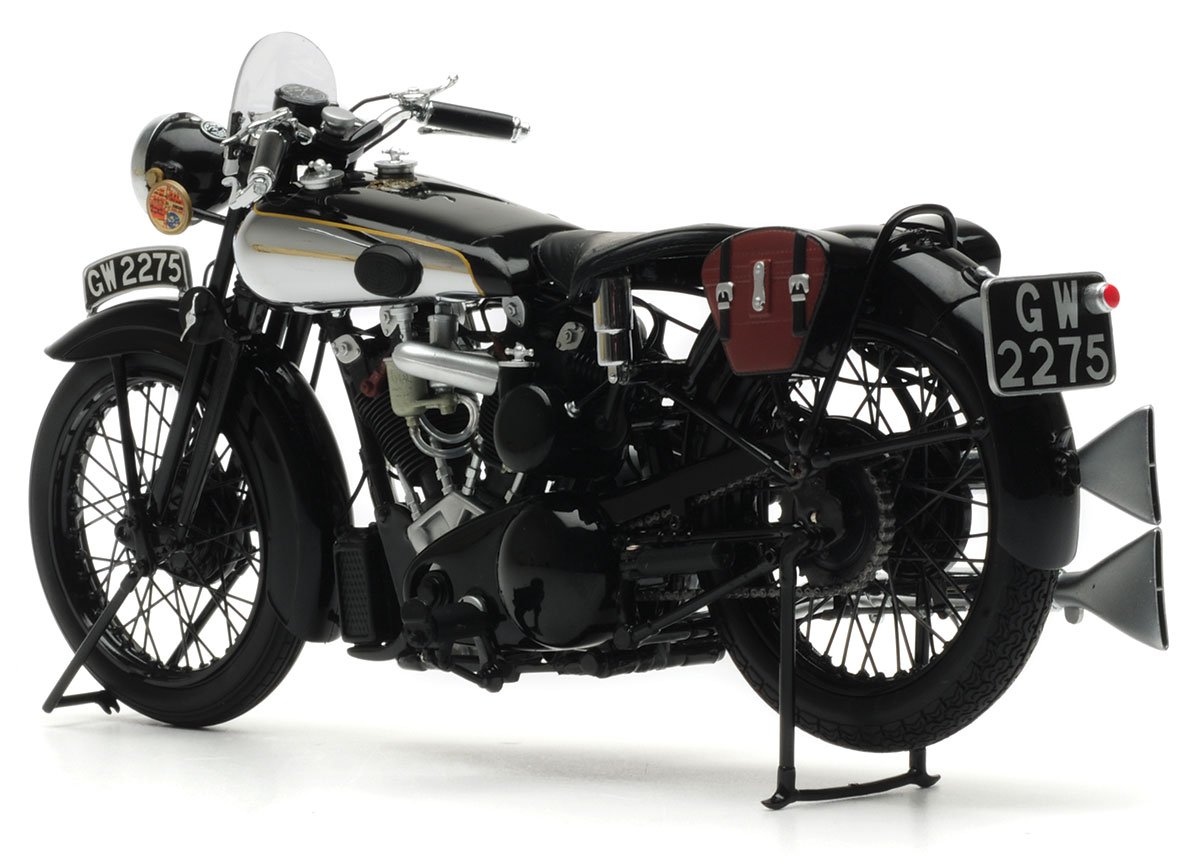