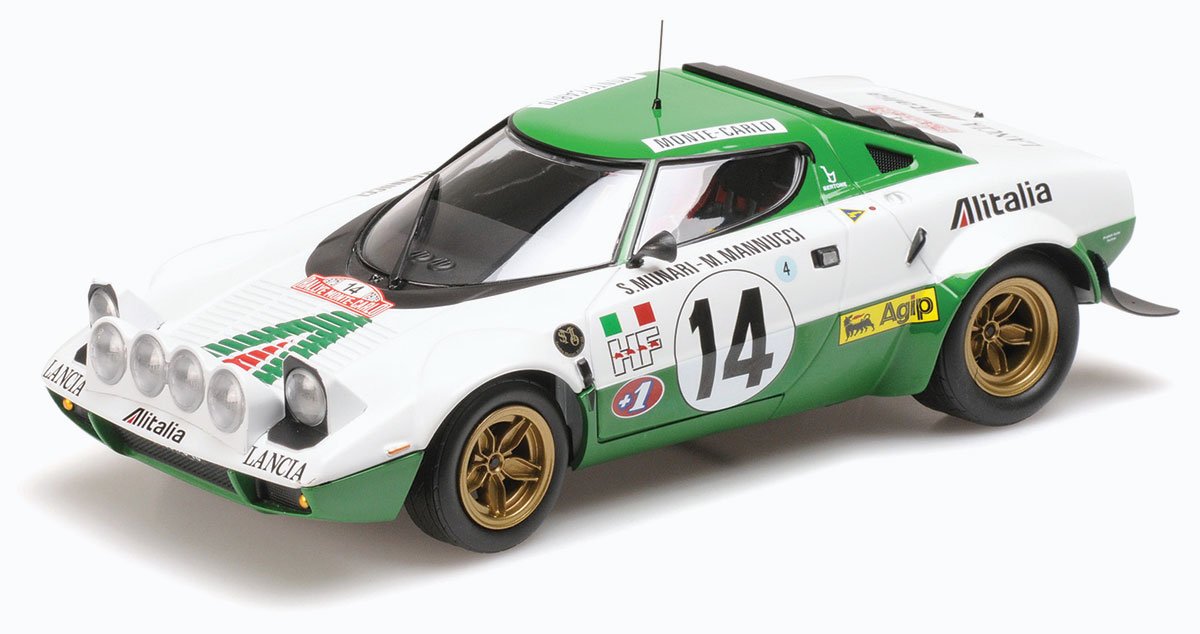 Minichamps has just released its first trio of 1:18 replicas of the legendary Lancia Stratos rally car. At £124.99 each, we think they represent really good value for money.

First up is the #14 machine in the famous Alitalia livery, which won the 1975 Monte Carlo Rally in the hands of Sandro Munari and his co-driver Mario Mannucci.

Next up is the #4 car in Pirelli colours, which Markku Alen took to victory on the 1978 San Remo Rally. His co-driver was Ilkka Kivimaki.

Finally, there is the blue #4 Stratos, which was also a Monte victor. In this case the year was 1979, the driver was Bernard Darniche, and the navigator was Alain Mahe.