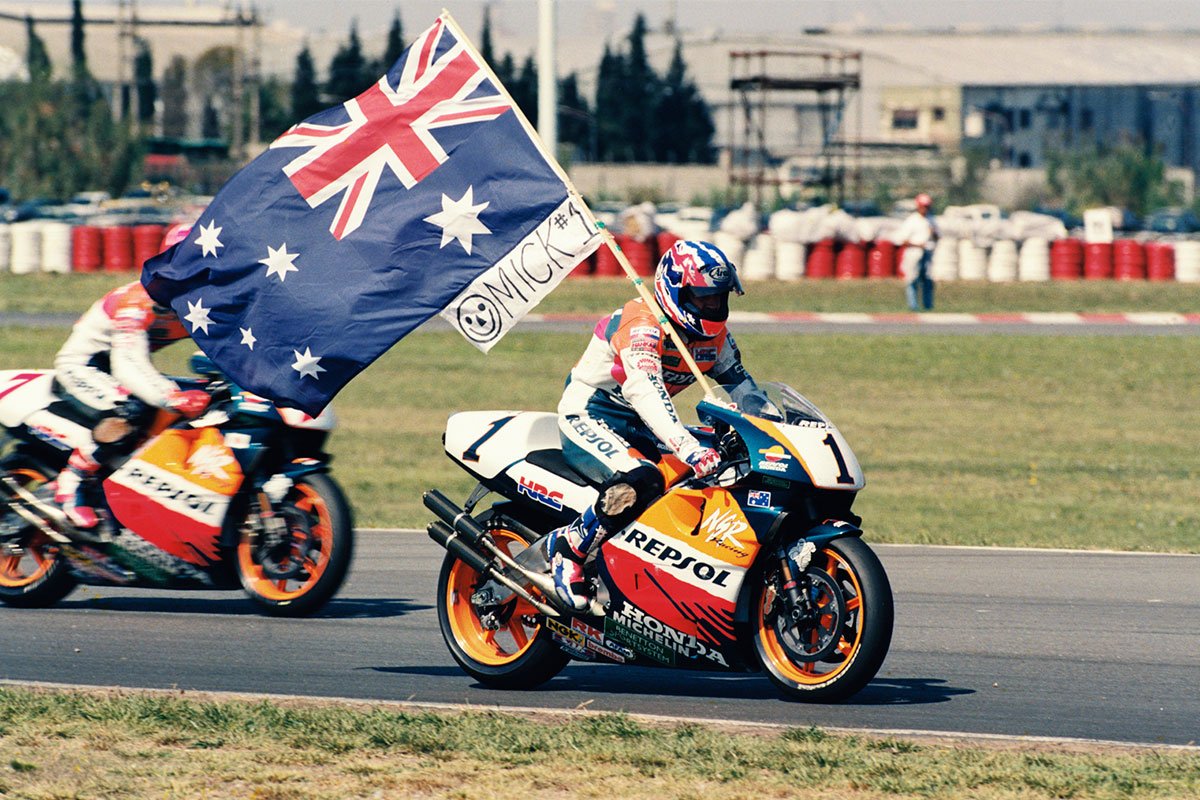 Some nine years after it was originally announced, Minichamps has finally released its bike, figure and flag set for Mick Doohan from the 1995 500cc season! 1995 was the second of Mick’s five consecutive championships in the top class, as he took seven wins to secure the crown.

This model may have taken nine years to be produced, but it was an instant sell-out on release with Minichamps. We have just half a dozen pieces remaining after fulfilling our customer pre-orders, and then that’s it. 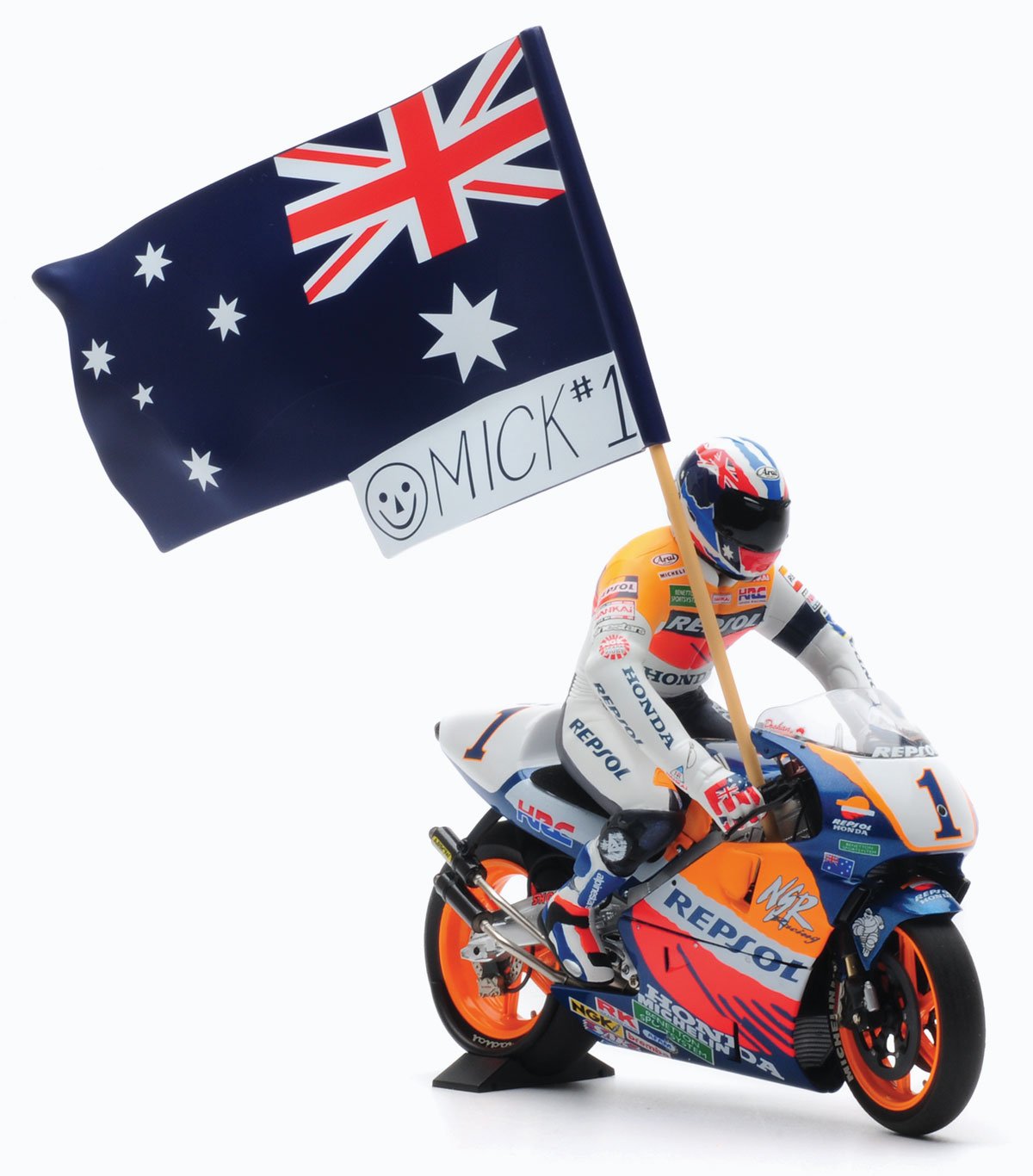