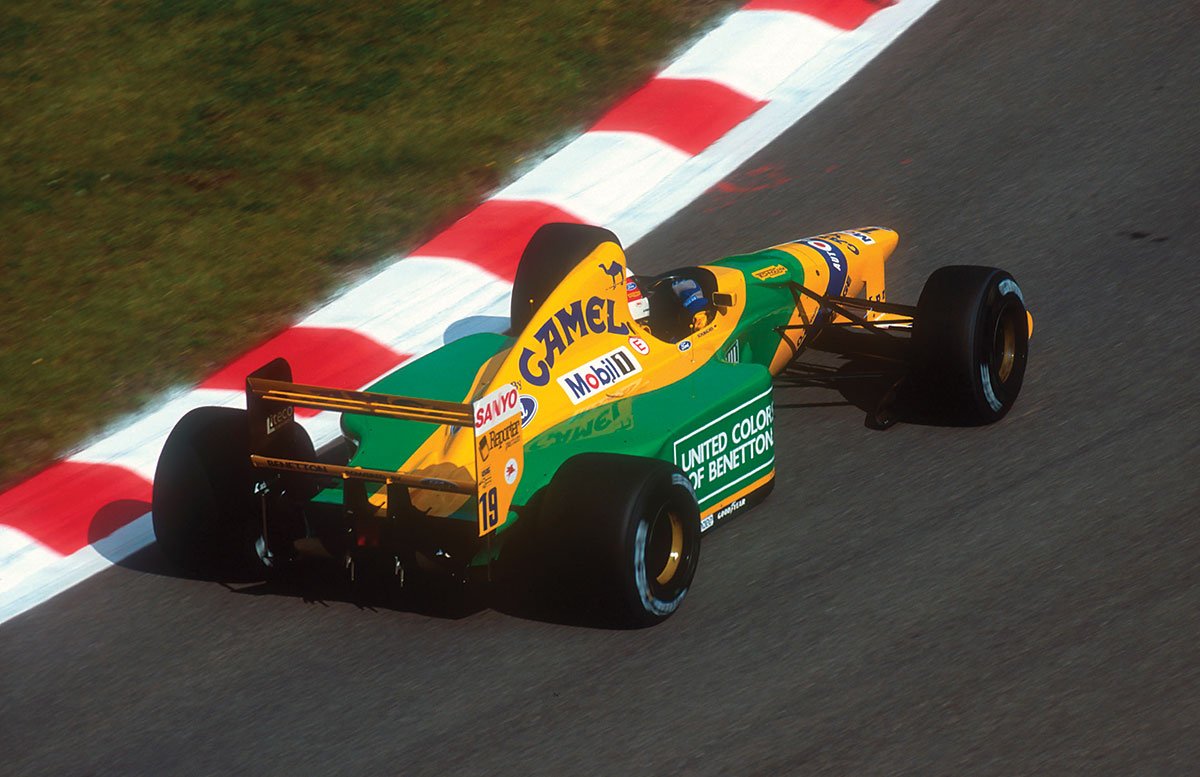 Minichamps has finally released its 1:18 replica commemorating Michael Schumacher’s very first Formula One win, at the 1992 Belgian Grand Prix. Another 90 would follow!

The 1992 season was completely dominated by the Williams-Renaults of Nigel Mansell and Riccardo Patrese. But race day at Spa provided mixed conditions. The race started dry, then everyone had to pit for wets as the rain arrived. Then the circuit dried out again, so the key was timing the switch back to slicks.

And Schumacher nailed it. He was one of the first to come back into the pits, and lapped quickly enough to emerge in the lead once Mansell and Patrese had also come in for dry weather rubber. The young German would hold on to the top spot until the chequered flag, taking his first win exactly one year on from his F1 debut at the same circuit for the Jordan team.

Minichamps’ 1:18 replica comes complete with a driver figure with its arm raised in triumph, and is a limited edition of 1,992 pieces worldwide (see what they did there)! We have just a dozen examples left in our warehouse after fulfilling our customer pre-orders.