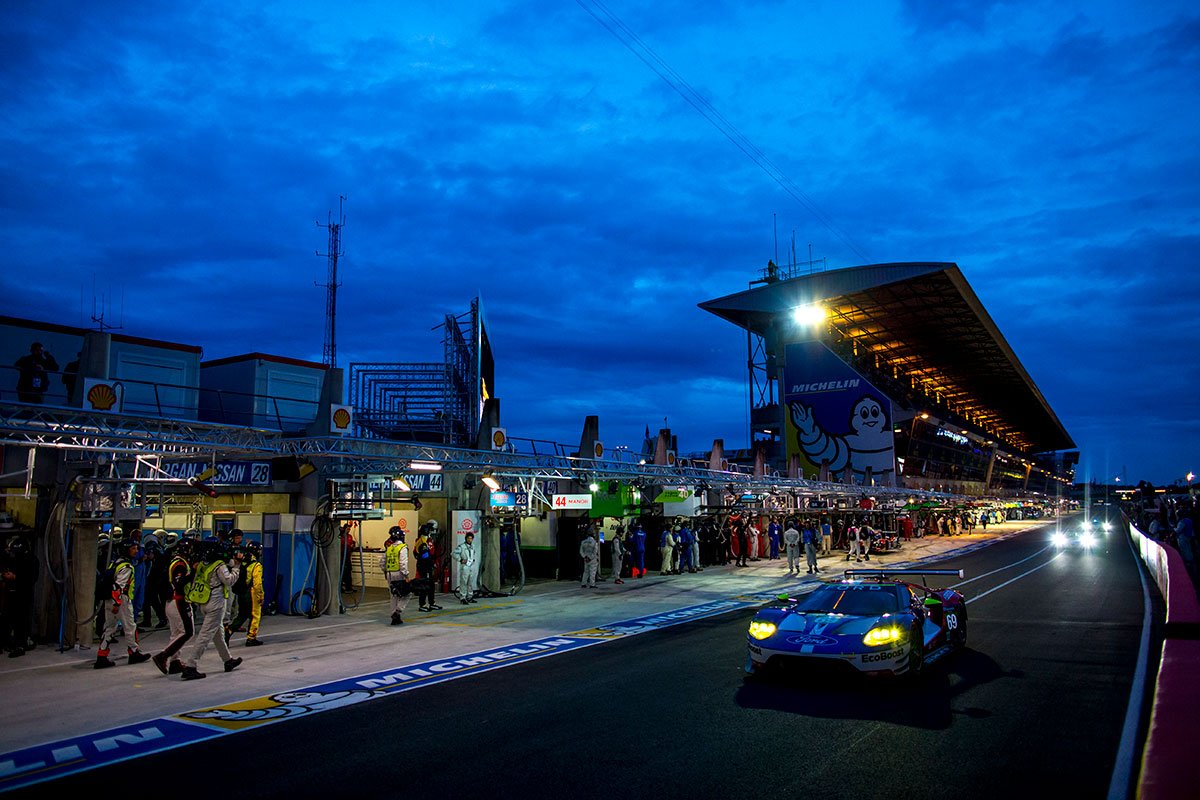 Minichamps has just provided us with its quartet of 1:18 replicas of Ford GTs from the 2016 Le Mans 24 Hours.

2016 marked Ford’s Le Mans comeback, in the fiercely competitive GT Pro class. And with a gargantuan four-car effort, nothing less than victory for its new GT would do. Fortunately for the American squad, that’s just what they achieved; the #68 car of Bourdais, Muller and Hand narrowly defeating the Risi Competizione-entered Ferrari 488. Fords also finished third and fourth, the #69 Briscoe/Westbrook/Dixon machine coming home ahead of its #66 stablemate crewed by Pla, Mucke and Johnson. Only one car suffered any serious delays, the #67 of Priaulx, Franchitti and Tincknell finishing well down the order.

For something a little different, Minichamps has also produced Ford’s black test hack in 1:18 scale.