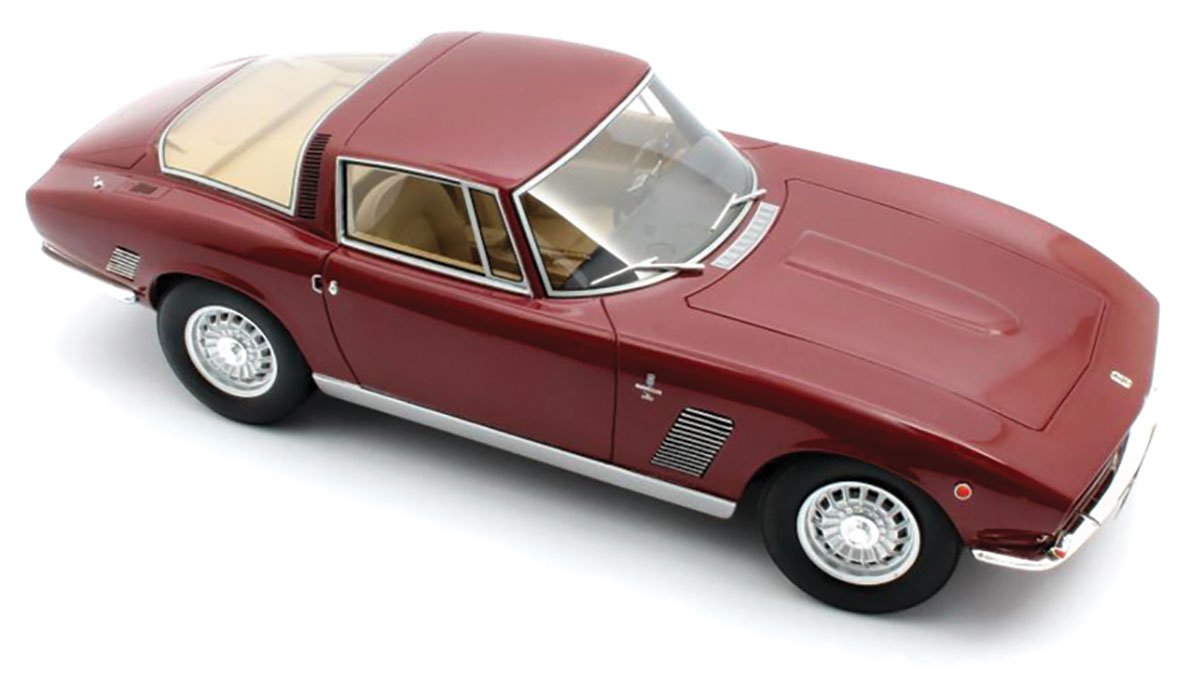 Cult has just confirmed that it will be manufacturing the eye-catching Iso Grifo in 1:18 scale. It will be available in yellow and metallic red.

Iso produced the Grifo from 1965 to 1974. Intended to compete with GT cars from the likes of Ferrari and Maserati, it utilised a series of American components supplied by Chevrolet and Ford to enhance performance and reliability. Giorgetto Giugiaro of Bertone took care of the styling, while Giotto Bizzarrini was responsible for the mechanicals underneath.

The Grifo debuted at the Turin Auto Show, and then underwent a mild facelift before entering production. The car was considered to be a significant success, with 413 built across its life span.

Cult’s 1:18 replica of this, well, cult classic will be a sealed bodyshell. This means that it won’t have any opening parts, but it also means that it will have a more accurate body shape without any unsightly shut lines or panel gaps.