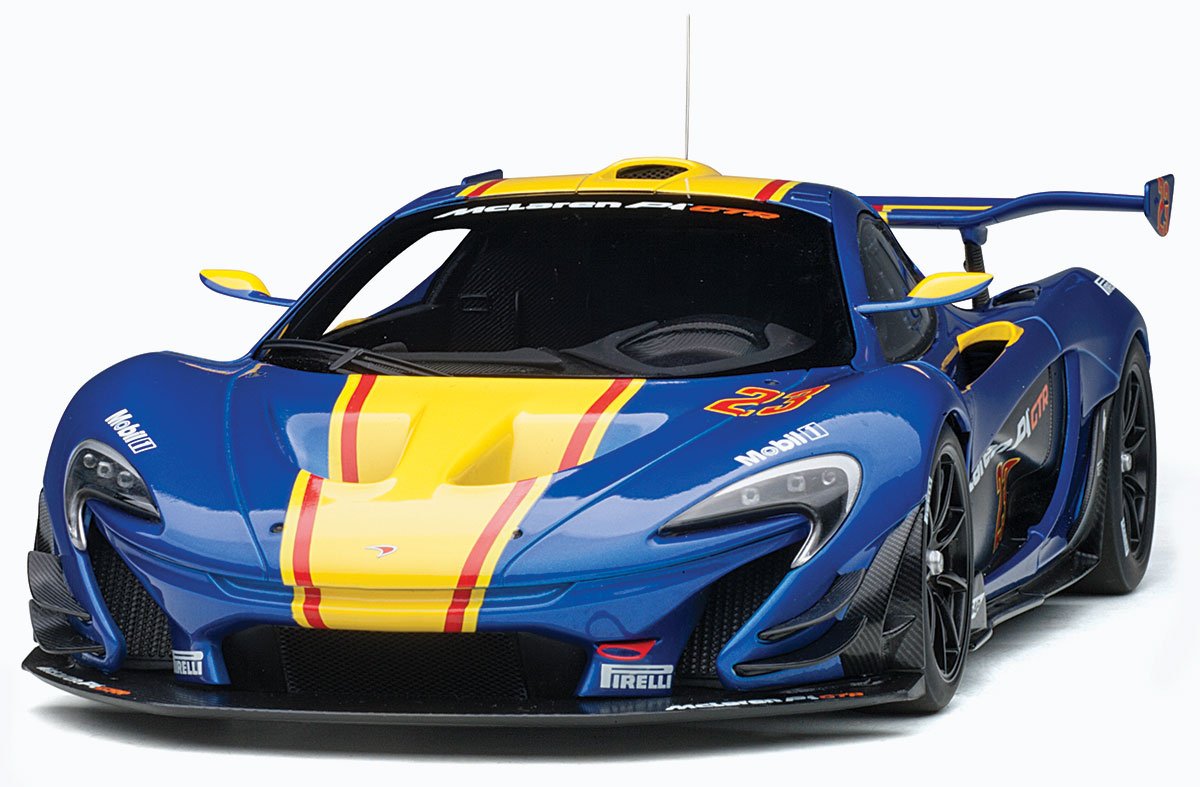 To celebrate the 20th anniversary of its 1995 Le Mans victory with the F1 GTR, McLaren resurrected the GTR name by creating a track day-only version of its P1: the P1 GTR.

McLaren uprated the P1’s 3.8 litre twin-turbocharged V8 engine to now produce 986 bhp, while the car’s weight was reduced by 50 kg. Its fixed rear wing enabled the GTR to generate 10% more downforce than the road legal P1. The GTR could also brake from 60 mph to a standstill in just 26 metres. Only 58 examples were built. 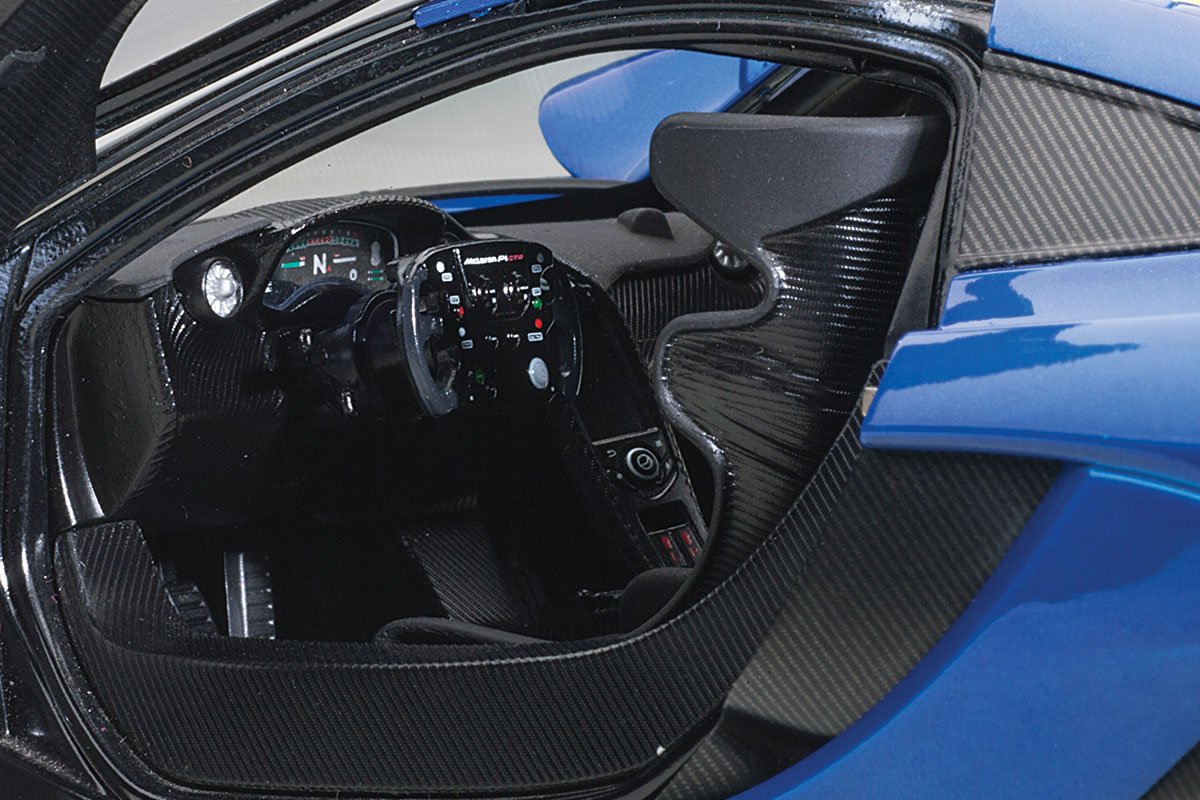 AUTOart has just released its 1:18 replica of number 23 in that extremely limited series, which comes complete with opening scissor doors. Chassis #100023 was finished in blue with a thick yellow stripe down the centre, and with Black Alcantara interior. This model is already completely sold out with AUTOart, and we have less than half a dozen pieces left after fulfilling our customer pre-orders. You will need to be quick.