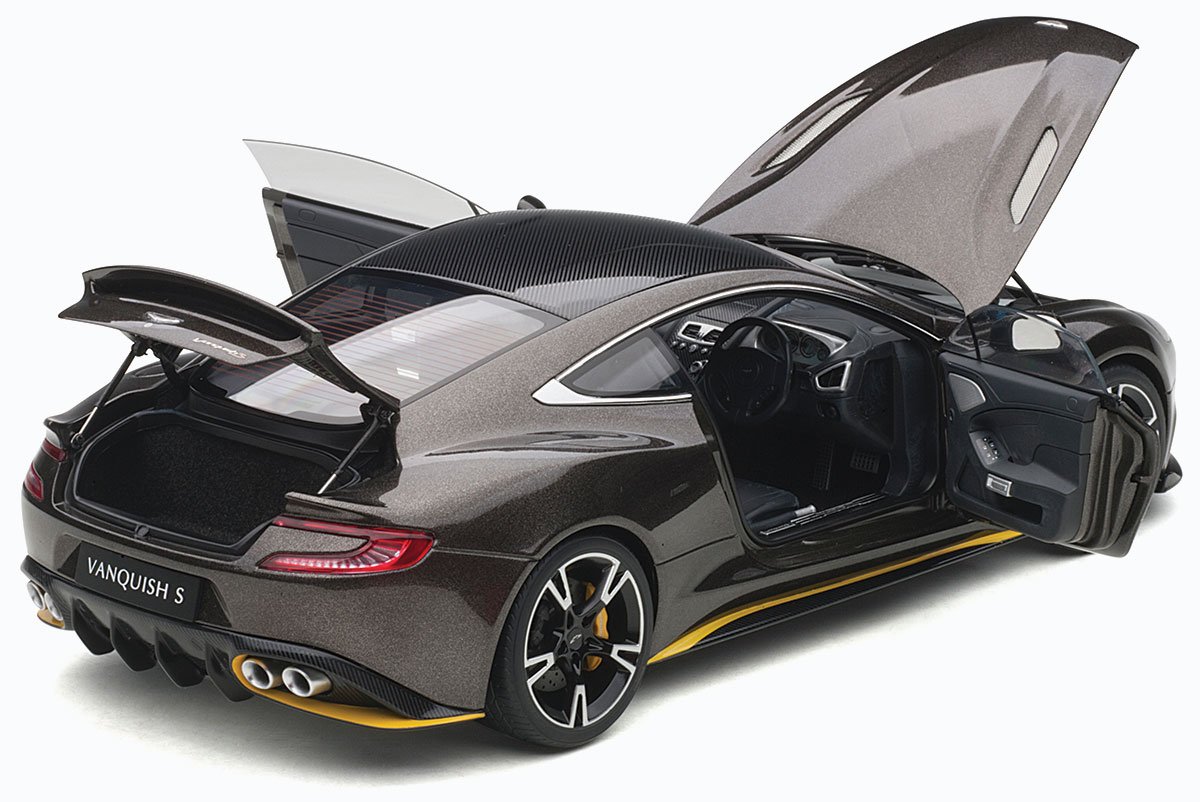 AUTOart has now released all four colour variants of its 1:18 replica of the 2017 Aston Martin Vanquish S. The black version has sold out already, while we don’t exactly have large numbers of the other three colours remaining either.

This second generation Vanquish S featured the same AM29 V12 as its predecessor, but which now delivered 595 bhp. A new aerodynamic package was also introduced. These alterations allowed the car to now accelerate from 0 to 62 mph in just 3.5 seconds, while its top speed remained unchanged at 201 mph.