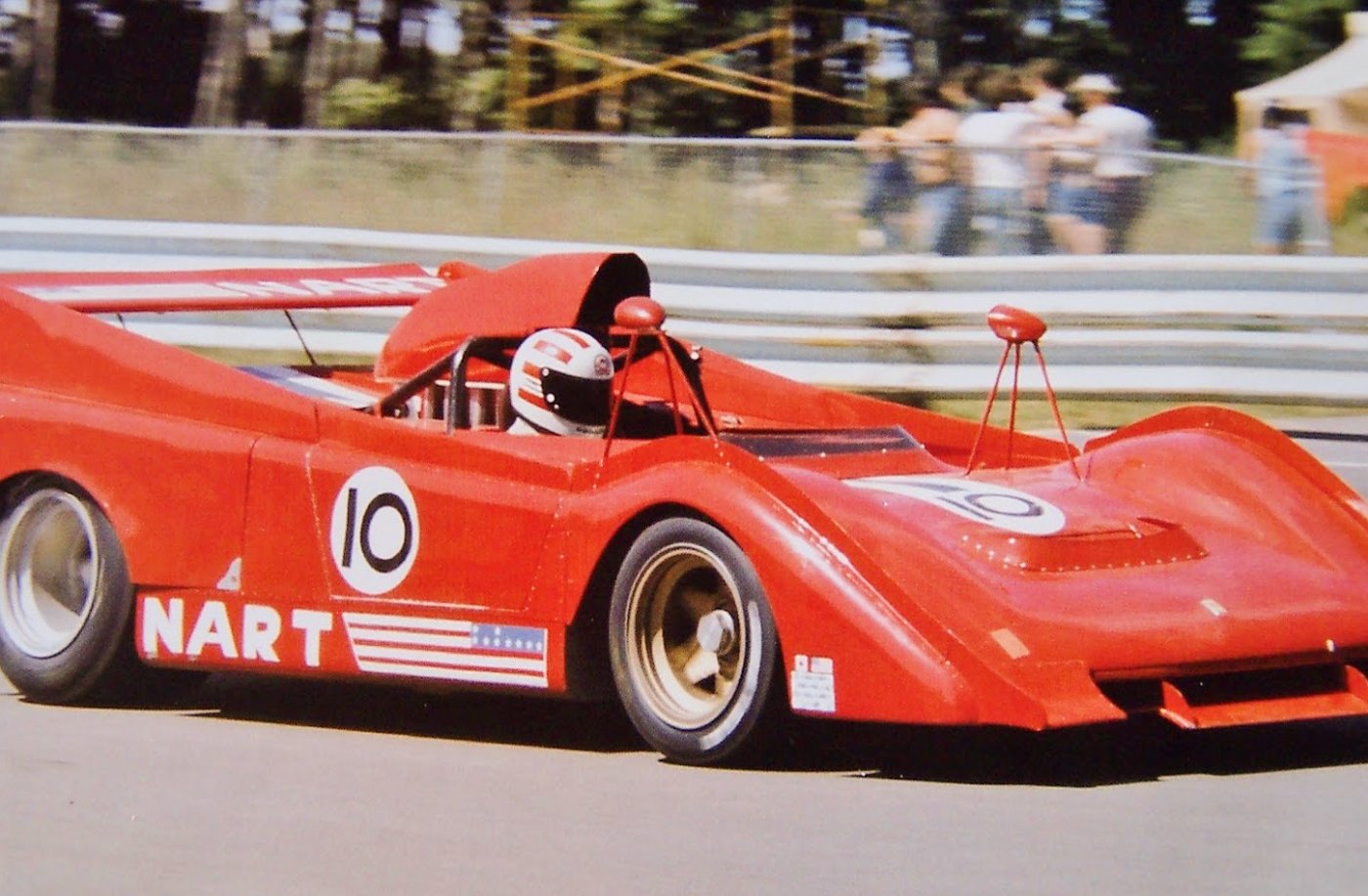 Tecnomodel has just announced that it will be replicating the stunning Ferrari 712 Can-Am racer in 1:18 scale. There will be four different versions produced. 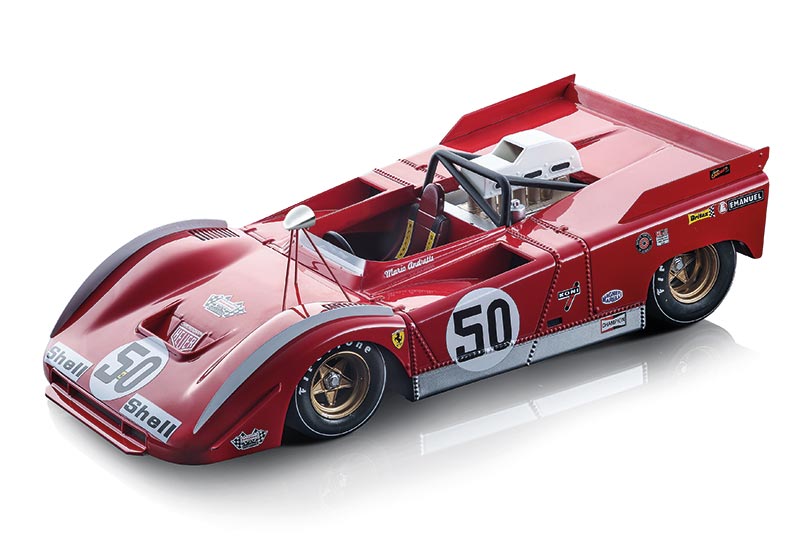 The 712 was a one-off version of the 512M, and was specifically developed for the Can-Am series where almost anything went. Ferrari’s challenger sported the largest engine that the Scuderia has ever produced, at a mammoth 6.9 litres (which was rounded up to seven litres for the car’s nomenclature). This gigantic, screaming V12 produced a gargantuan 680 bhp. 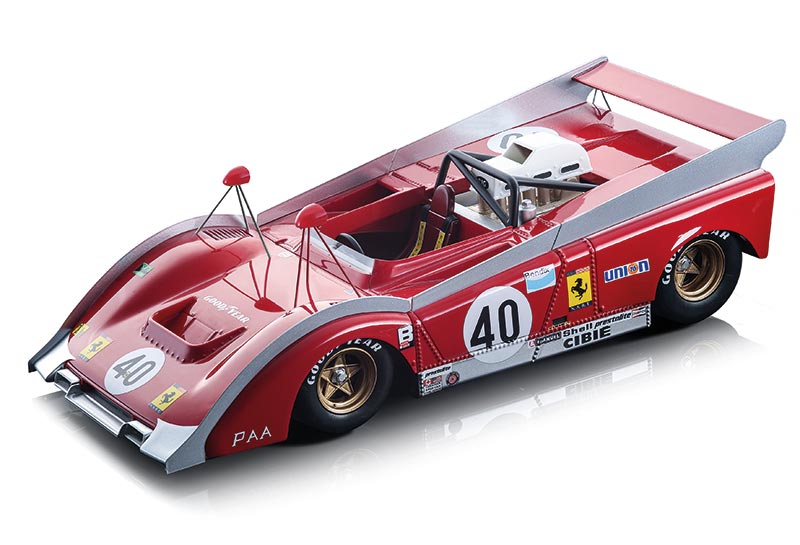 Although the car won the first race that it competed in (an Interserie race at Imola with Arturo Merzario behind the wheel), it achieved limited success in the Can-Am championship itself. Its best result was a fourth place, scored by the great Mario Andretti, at Watkins Glen in 1971. Despite its mediocre record, however, it will always remain one of the most outrageous Ferrari competition cars ever produced. 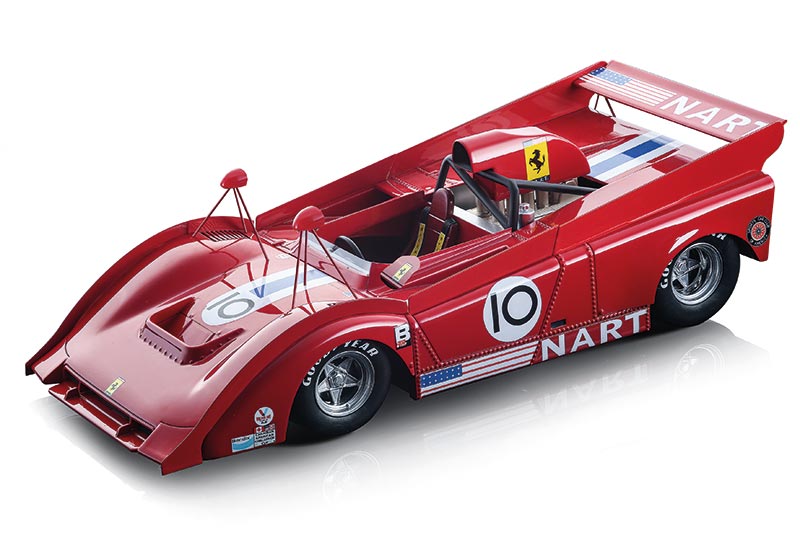 Tecnomodel’s quartet of 1:18 replicas of the Ferrari 712 comprise the aforementioned #50 Andretti car from Watkins Glen in 1971, the #40 machine that Jean-Pierre Jarier crossed the line 10th with at the same circuit a year later, the #10 example that Brian Redman retired from the 1974 Watkins Glen race with suspension failure, and a plain red press version. 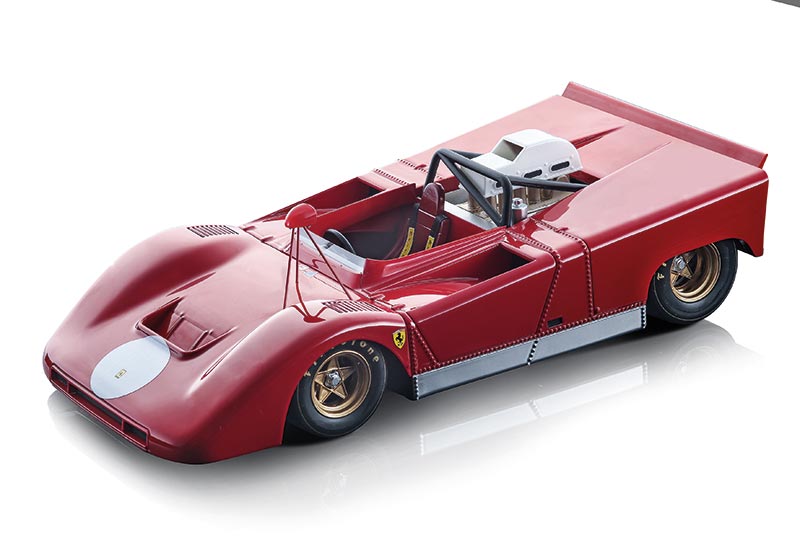