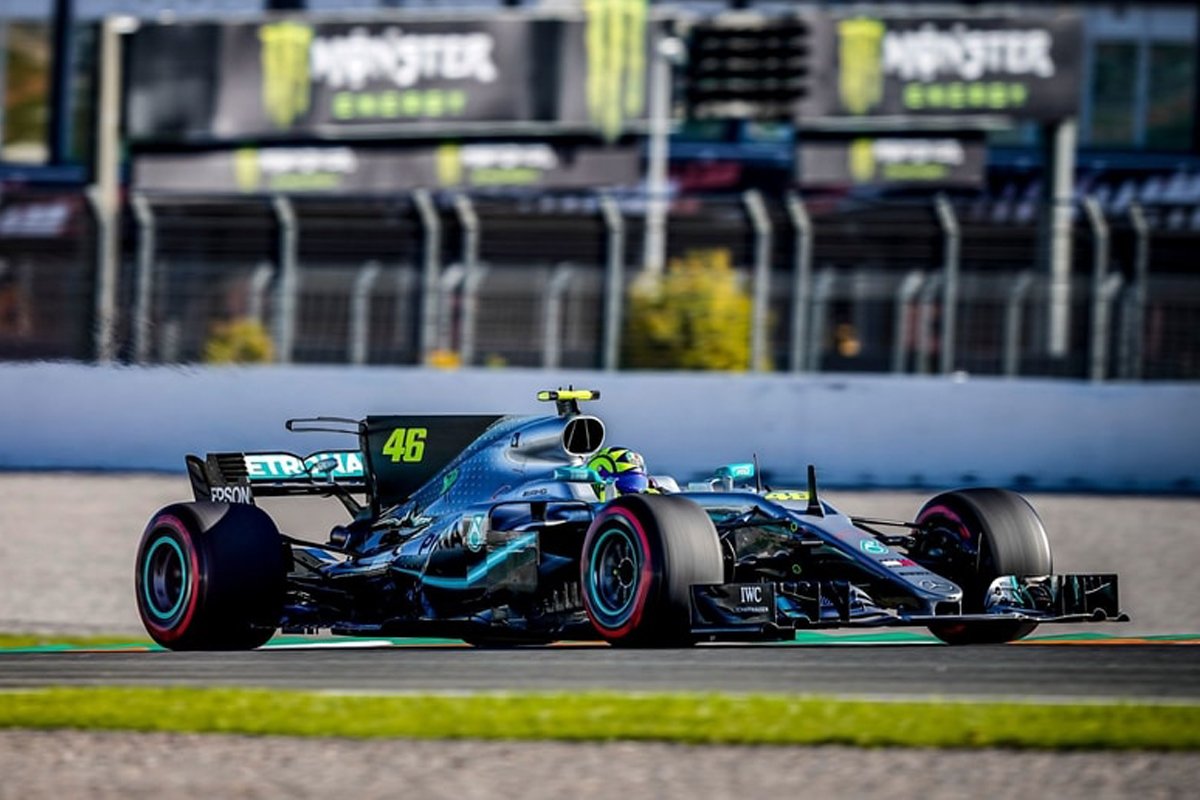 Minichamps has now released its 1:18 and 1:43 replicas of the Mercedes F1 W08 that Valentino Rossi drove in his famous ‘Ride Swap’ with Lewis Hamilton at the Valencia circuit in Spain towards the end of 2019. Both are limited editions of just 804 pieces worldwide.

During the ride swap, Hamilton rode a 2019 spec. Yamaha YZR-M1, while Vale got behind the wheel of the 2017 F1 W08. The occasion marked Rossi’s first outing in a Formula One car for almost a decade, after having undertaken several tests for Ferrari between 2004 and 2010.

Both the 1:18 and 1:43 examples of this model are already sold out with Minichamps, while our stock of both versions has just dipped into single figures.