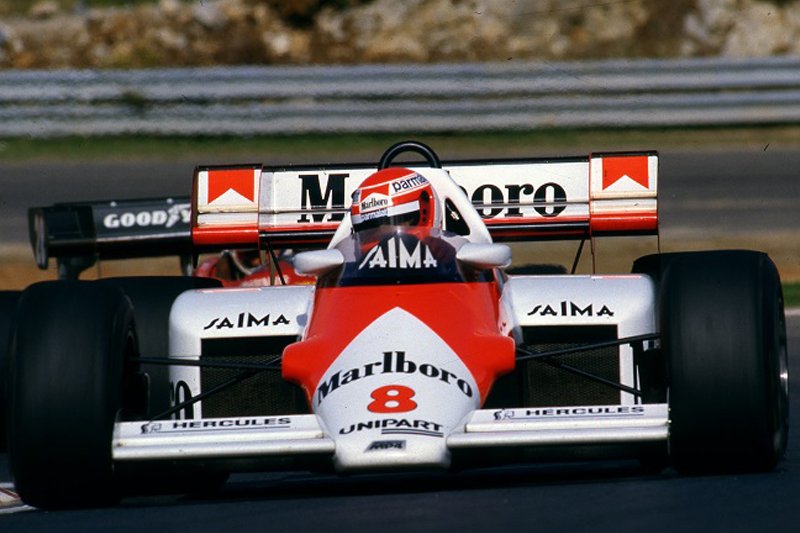 One of Minichamps’ new 1:18 announcements for this year is Niki Lauda’s 1984 McLaren MP4/2. It’s about time, frankly, as this a world championship winning machine that has never been replicated in this scale before!

McLaren absolutely dominated the 1984 season, winning 12 of the year’s 16 races thanks to the combined efforts of Lauda and Alain Prost. Thankfully, the team allowed its drivers to race each other, so a thrilling championship battle was still able to play out over the course of the campaign. It would turn out to be a classic case of youth and speed (Prost) versus experience and guile (Lauda).

Coming into the last race of the year in Portugal, Prost had won six races to Lauda’s five, but it was the Austrian who had a three and a half point championship lead. To win his third world title, the Austrian only needed to finish second, even if Prost was to win. And that’s exactly what happened; Lauda nicked the crown by just half a point, which remains the closest finish to a world championship to this day.

Minichamps’ 1:18 replica of Lauda’s 1984 McLaren MP4/2 will be based on his car from that final race of the season in Estoril (PG841808, £234.99). Demand is obviously going to be on the high side with this one given how many collectors of 1:18 F1 world championship winning cars there are, so this is definitely one where getting your pre-order in sharpish to avoid missing out would be advisable.