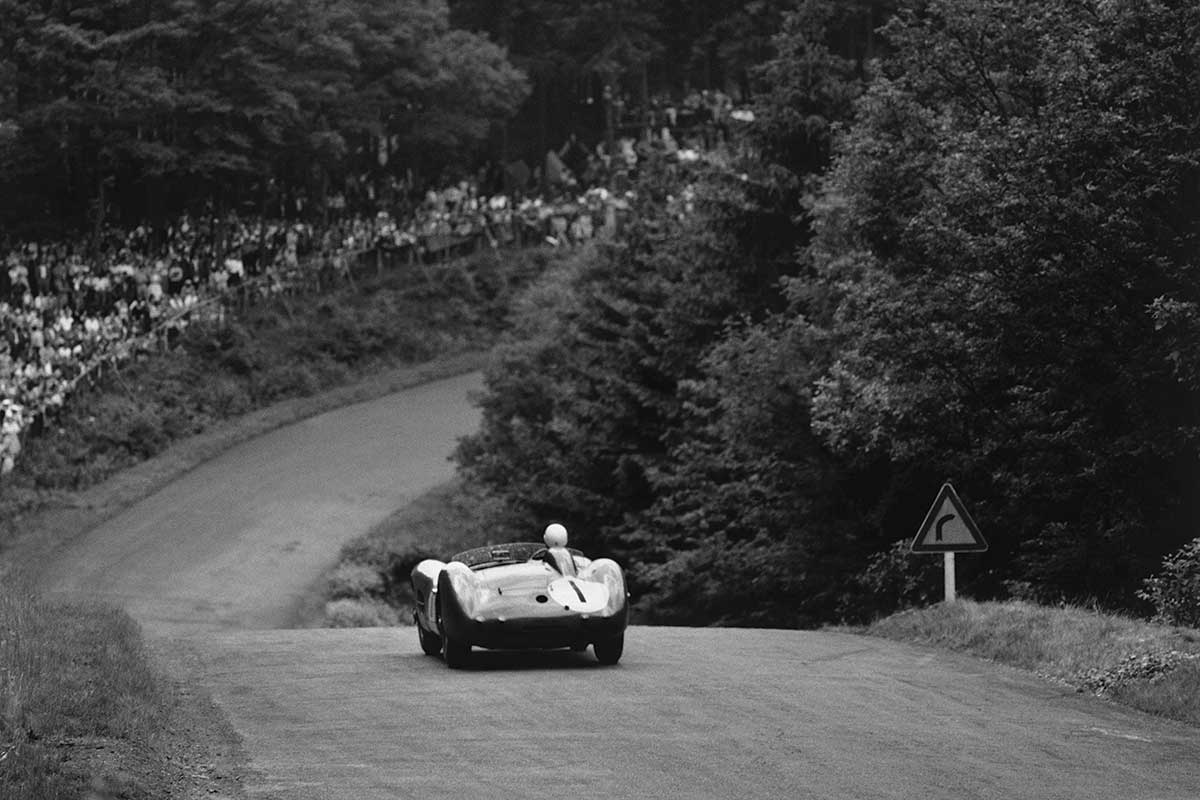 Talk about plus ca change, plus c’est la meme chose! We recently received news that Matrix would no longer be producing its subscription-based collection of 12 Stirling Moss cars. While this was disappointing, this was offset by the subsequent announcement that the Dutch model company would instead be starting a dedicated 1:43 general racing car collection. Which, coincidentally, would start off with cars that were raced by Stirling Moss!

This is perhaps good news for collectors who were interested in some of the original cars from the Moss collection, but who were not prepared to commit to all 12. Now you can pick and choose as you like. At this stage we cannot guarantee if all 12 cars that were initially going to be part of the Moss collection will be produced in this new series.

To start off with, Matrix has announced a trio of Maserati 250Fs that were raced by Stirling, along with a triumvirate of Aston Martin DBR1s that he got behind the wheel of. We should see them all released by the end of the year. Matrix replicas are always in short supply, usually selling out extremely quickly after they are released. Add the legend that is Stirling Moss to the equation, and we can only see them disappearing even more quickly! Make sure you pre-order now if you don’t want to be left disappointed with any of these.

Our British hero shared his DBR1 with Jack Fairman at the 1959 Nurburgring 1000km. Moss completed his first stint with a five minute lead over the chasing Ferraris, only for Fairman to lose all that and more when he went off into a ditch. Moss got back into the car over a minute off the lead but was not to be denied, hauling his DBR1 back into the lead and subsequently victory.

Stirling was running second behind runaway leader Fangio at Spa in 1956 when his 250F’s left rear hub shaft snapped, shedding the wheel that was attached to it! He was close enough to the pits to be able to run back to his team and take over team-mate Cesare Perdisa’s car, eventually coming home third.

Moss teamed up with Tony Brooks to take a comprehensive victory in the 1958 RAC Tourist Trophy at Goodwood. Aston Martin’s domination of the event enabled it to move up to second place in the World Sportscar Championship.

Moss had a fight on his hands to secure victory in the 1956 Glover Trophy at Goodwood. He spent some time trying to pass Archie Scott-Brown’s Connaught for the lead, but once by he was unchallenged.

Stirling switched from Mercedes to Maserati for the 1956 Formula One season, becoming de facto team leader for the first time. At Monaco he took his first win for the team, out dragging pole position man Fangio off the line and never being headed thereafter.

Silverstone held a sportscar sprint event in 1959, which was only run over 25 laps. Stirling came home in second place, feeling that his DBR1 did not have the grunt to keep him in contention with Roy Salvadori’s winning Cooper-Maserati.