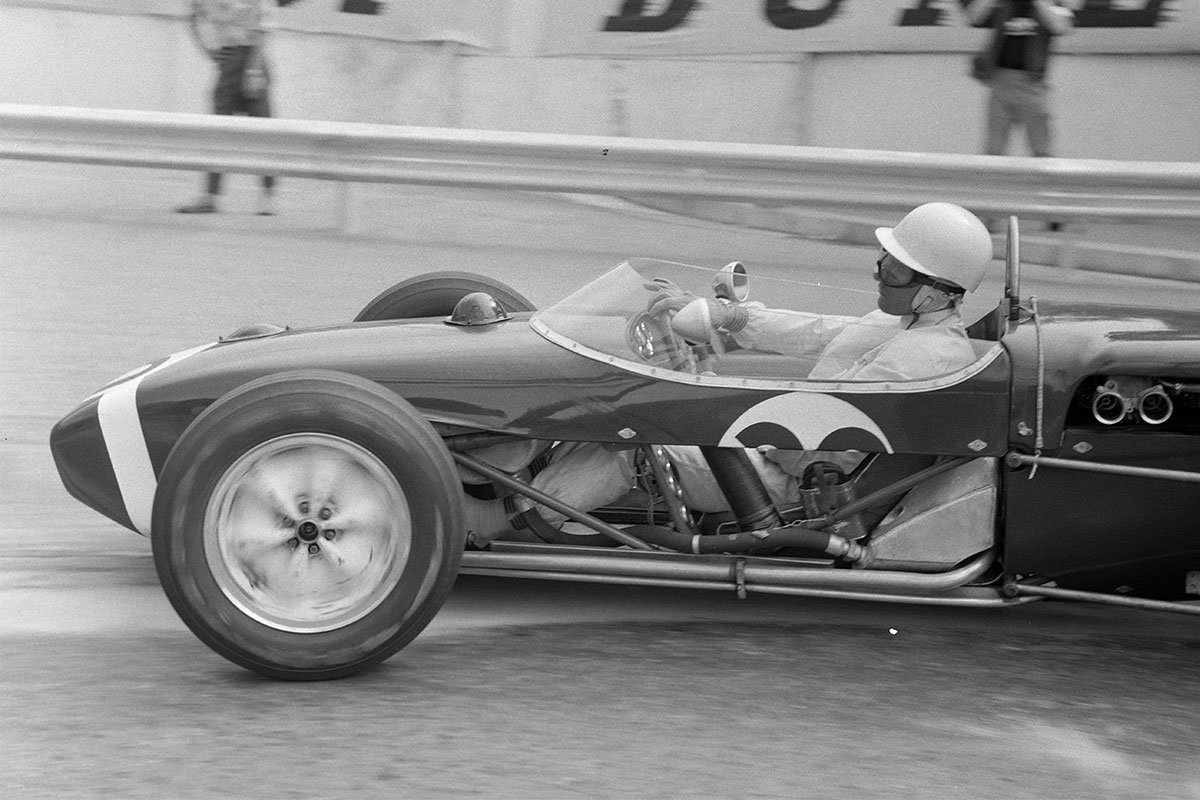 We are delighted that our exclusively-commissioned 1:18 replica of Stirling Moss’s winning Lotus 18 from the 1961 Monaco Grand Prix has now been delivered to us. We couldn’t believe that no-one had ever replicated this illustrious car in this scale before, so we decided to get it made ourselves!

Now many consider the 1955 Mille Miglia to be Moss’s greatest win, and of course with ‘Jenks’ at his side it was indeed a great victory.

But, for many, it was his titanic struggle with the Ferrari 156 Sharknoses at Monaco in 1961 that better demonstrated his peerless racing craft. Monaco was the first race of the championship that year; the date of the race was the 14th May. In qualifying, Moss squeezed every last ounce of competitiveness from the diminutive Lotus to put it on pole. 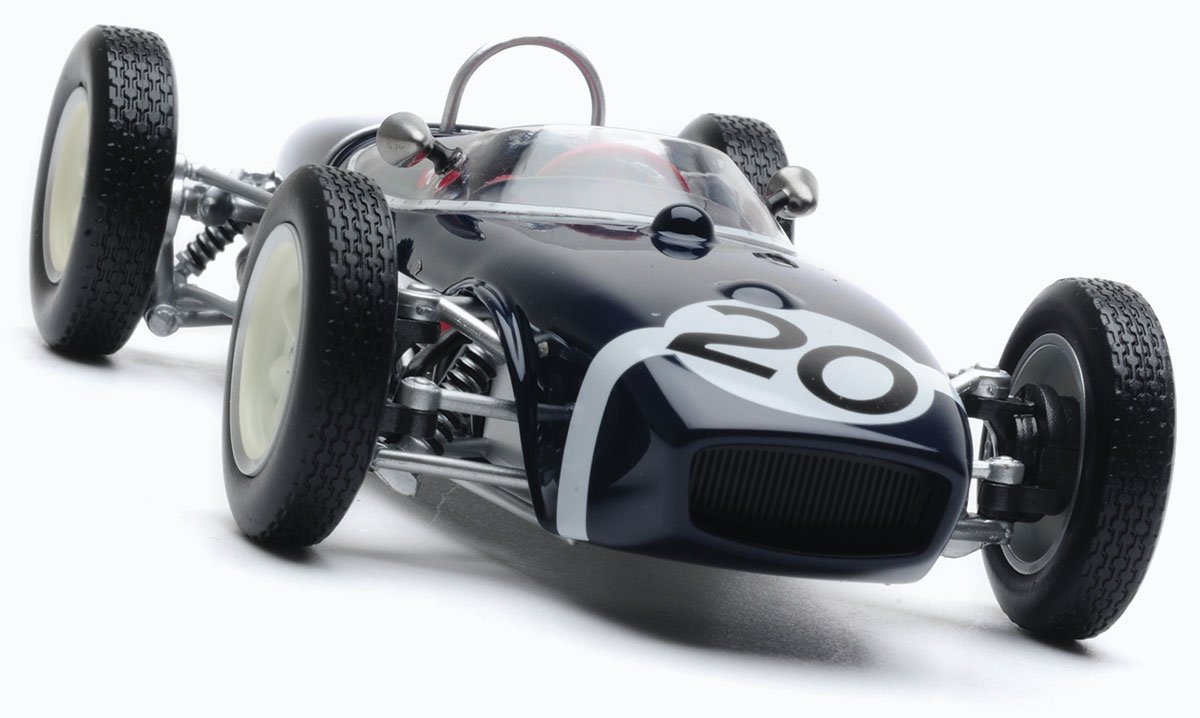 Lined up beside and behind him were the red cars driven by Ginther, Hill and von Trips. The weather that day was sweltering, and so to give Moss a little extra ventilation the mechanics famously removed the side panels from the car.

It was Ginther who led into the first corner. Moss hunted him down, re-taking the lead on lap 13. For the next 87 laps, Stirling was hounded by the Prancing Horses, rarely more than a second or so behind him, as they desperately tried to find a way past on the tortuously twisty street circuit.

It was a performance of truly David and Goliath proportions. He had soaked up all the pressure that the Scuderia could throw at him. His victory would go down as one of the hardest fought in the annals of Formula One.

This 1:18 replica has been produced by the same resin model specialists that delivered our exclusive Mike Hawthorn 1958 Morocco Ferrari and 1956 Le Mans winning Ecurie Ecosse D-Type, so you know that quality won’t be an issue. Therefore, you will find it finished in the correct Rob Walker colours of dark blue with a white stripe. And, in the cockpit (which is all the more visible with the side panels removed), you will see all three pedals in the footwell, the Lotus-branded steering wheel, and all the instrumentation on the dashboard behind it. At the rear, you will find the four carburettors of the Coventry Climax 1.5 litre engine correctly exiting the bodywork on the left.

It has taken almost 60 years for this celebrated Formula One machine to be replicated. It is only going to be made this once, and we only have a couple of dozen examples spare after fulfilling our customer pre-orders, so don’t leave it too long before making your purchasing decision.