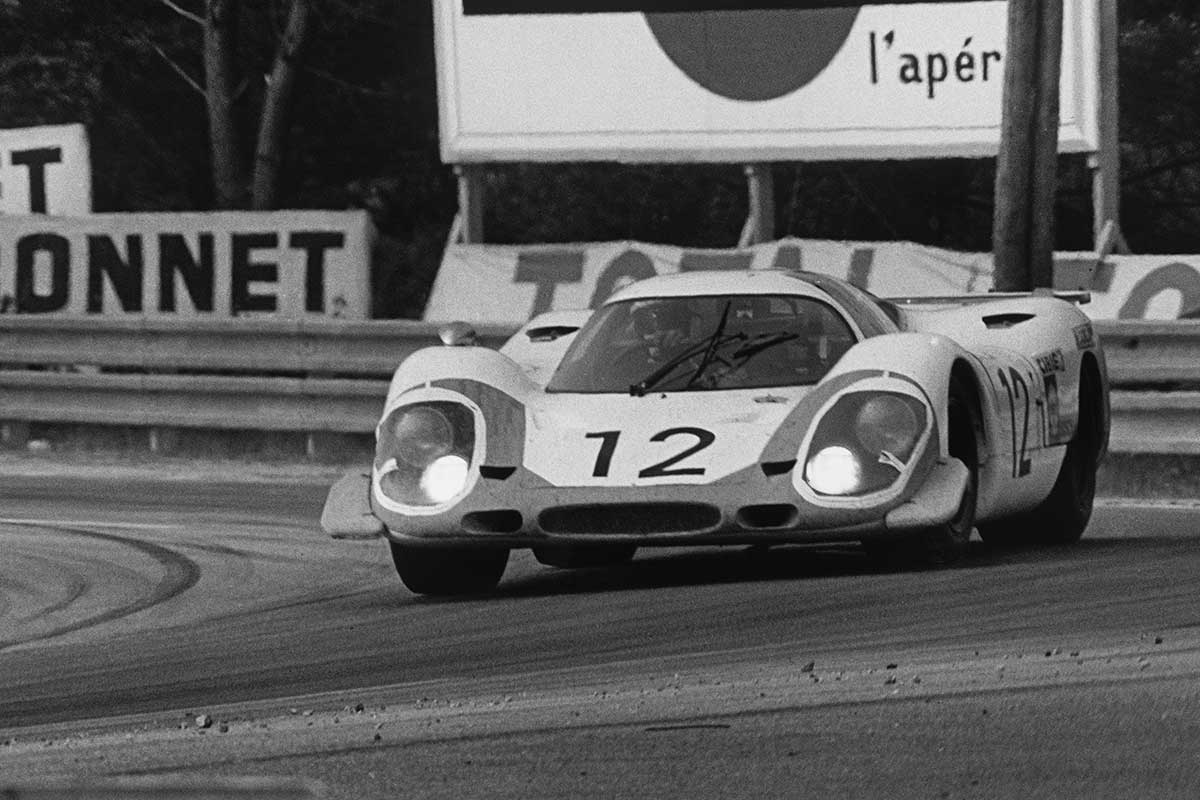 On display at Nuremberg was BBR’s 1:18 replica of the sleek #12 Porsche 917 LH (lang heck, or longtail) from the 1969 Le Mans 24 Hours. It was driven by British endurance racing legends Vic Elford and Richard Attwood.

The 917 was a homologation special, Porsche taking advantage of the requirement to only need to build 25 examples of a car in order to benefit from favourable engine size regulations. It proved notoriously difficult to handle, many suspecting that the car’s frame could not handle the potent 4.5 litre engine. Indeed, privateer John Woolfe crashed his example on the very first lap of the 1969 Le Mans 24 Hours, dying from his injuries.

Somehow Elford and Attwood were able to manhandle their #12 917 to the lead of the race, and keep it there. That was until there were just three hours remaining, however, when the car’s gearbox broke beyond repair.

It makes a nice change to see BBR concentrate on subjects other than Ferrari. Our customers clearly think so too, as we have already taken several pre-orders on this 1:18 replica, so you’d best join the queue now if you don’t want to be left caught short.