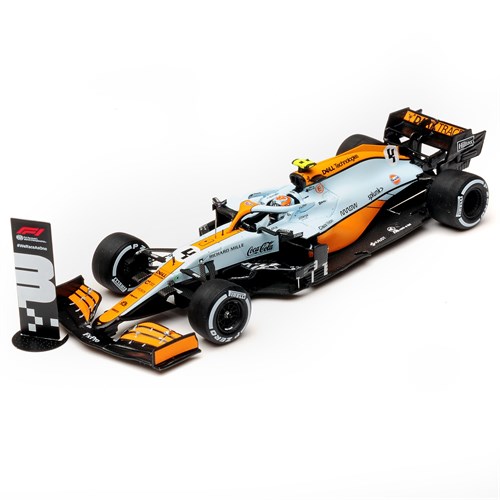 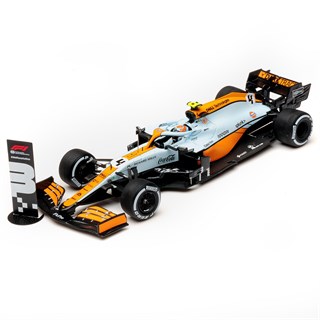 Spark 1:18 resin model of the #4 McLaren MCL35M as driven by Lando Norris in the 2021 Monaco Grand Prix. The McLaren team was already the subject of a lot of hype before the 2021 Monaco meeting had even started, with the late announcement that it would be running a one-off livery in the race. And not just any one-off livery, but one inspired by one of the most iconic motorsport paint schemes of all time; the light blue and orange of Gulf! Norris set himself up for his third place finish after putting in an impressive performance in qualifying, setting the fifth fastest time. This became an effective fourth place on the grid after pole sitter Charles Leclerc was unable to take the start. The British youngster then held his position off the line, and was elevated to third place at the pit stops when a wheel nut issue saw Valtteri Bottas retire. From there Norris kept his head, resisting some late pressure from a charging Sergio Perez to take his first podium finish around the streets of the principality. Third place marker board included.
Read more