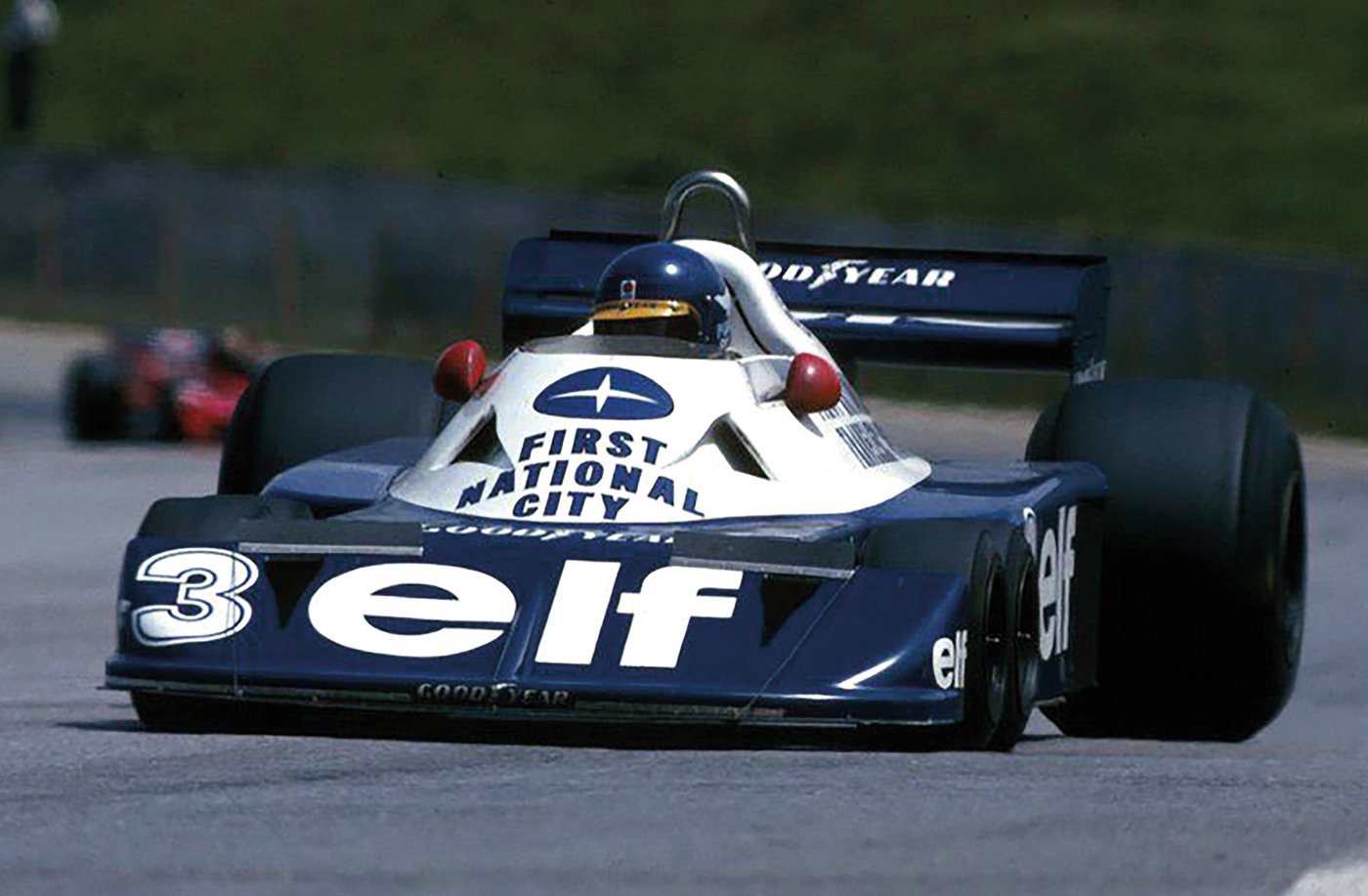 Ronnie Peterson’s nomadic F1 career included a stint at the Tyrrell team in 1977. This was the second and final year that the squad ran the six-wheeled P34, surely the most recognisable car in motor racing history.

The concept of the machine was relatively straightforward. For the preceding season it was stipulated that the front wing could only be 1.5 metres in width. Tyrrell reasoned that if it could tuck the wheels inside the width of the wing it would reduce drag and clean up the aerodynamics. The problem was that the tyres would be so narrow that the car would lack grip and braking capacity. But this would be overcome if there were two sets of narrow wheels.

The P34 was unveiled at the end of 1975 to much incredulity. But it fared well, the car’s high point coming at the 1976 Swedish Grand Prix when Scheckter and Depailler finished first and second. 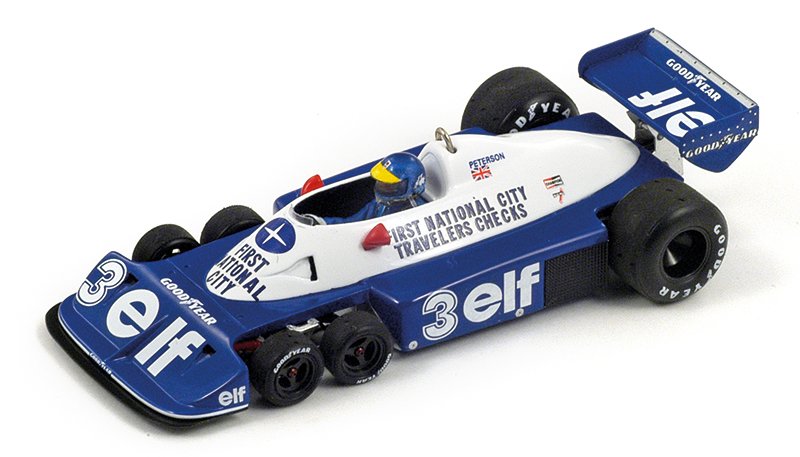 The car seemed to work well at some circuits, and not so well at others. Scheckter left the team at the end of the season, claiming the P34 to be a piece of junk! He was replaced by Peterson.

Being taller, the 1977 iteration of the P34 had to be re-designed around the Swede. But that year the car was not as good. Ronnie’s best result of the year was a third place at Belgium, while the team placed fifth in the constructors’ championship. For 1978 Tyrrell reverted to a more traditional car layout, while ‘Superswede’ returned to Lotus for what would tragically turn out to be his final F1 season.

We have to admit that we were taken aback by just how popular this model has proven with collectors since it was announced. Normally when a model is as popular as this, it is because it has never been replicated before, but Ronnie’s 1977 Tyrrell has been, by both TrueScale Miniatures and Exoto. Perhaps the reason that this model has gone down so well with enthusiasts, apart from Peterson’s ongoing popularity, is that this new version is from Spark. There can be no doubt that Spark is the premier producer of classic 1:18 racing subjects these days. Their models are always well researched and faithfully produced, and for many Spark collectors, obviously, this is going to be the example to have.