Five years ago, Nicky Hayden tragically lost his life when he was struck by a car whilst training on his bicycle in Italy. The ‘Kentucky Kid’ was only 35 years old. Shortly after his death, Minichamps announced this 1:12 ‘tribute set’, and half a decade later it has finally produced it. 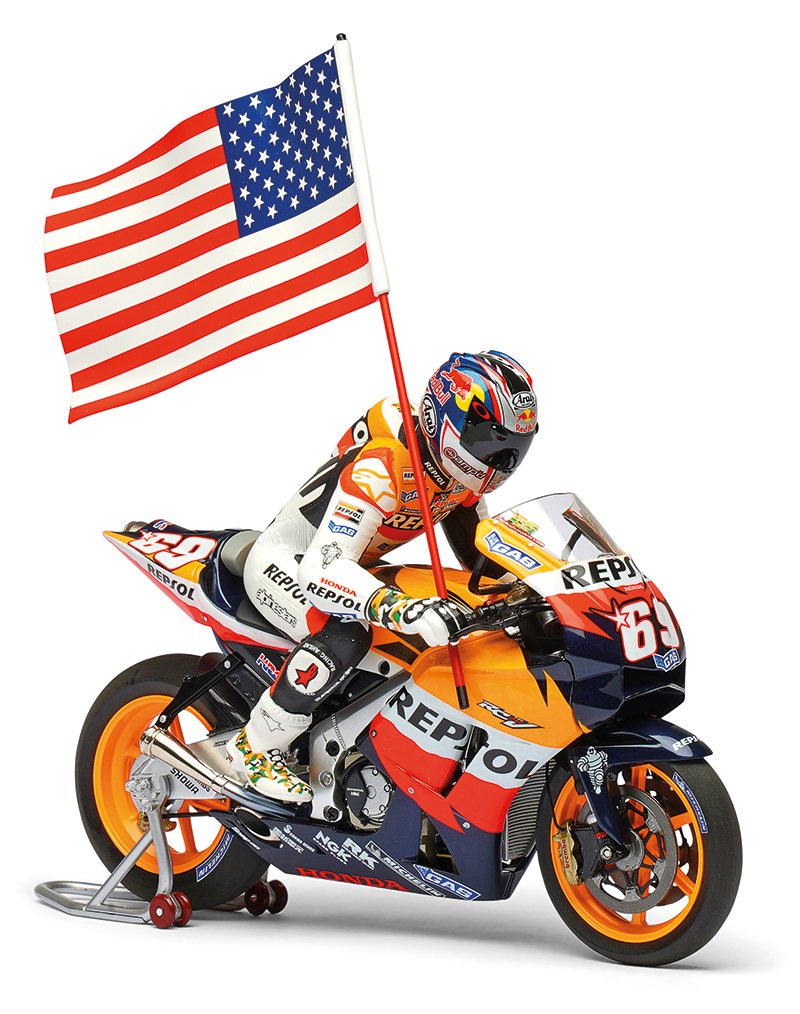 The set celebrates the greatest moment of Nicky’s career, when he became 2006 MotoGP World Champion, defeating the might of Valentino Rossi and Yamaha.

Hayden had always been a consistent rider, but in 2006 he mated that attribute with more competitive results. He recorded nine podiums in the first 11 races, including two victories, which were scored at Assen and Laguna Seca. He then failed to trouble the rostrum across the next five rounds, however. This saw Hayden come into the season finale, Valencia, eight points behind Rossi, who had amassed five wins over the course of the year. It seemed to be all over bar the shouting. 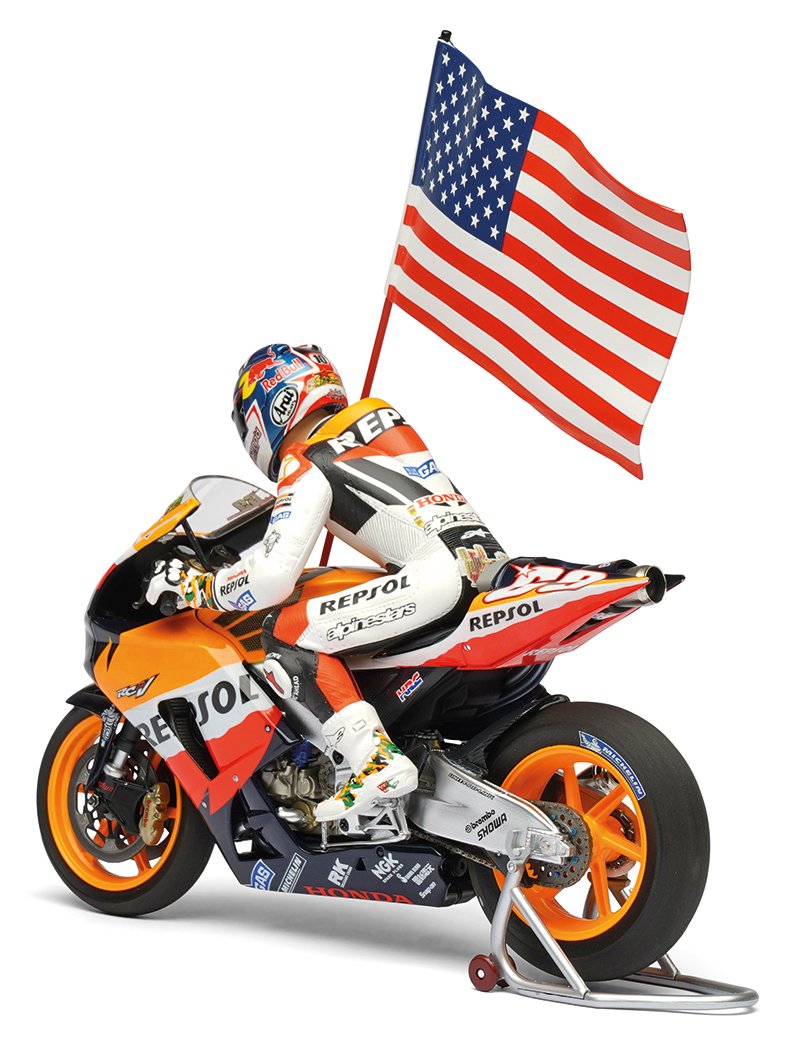 But sensationally it was the Italian who cracked under the pressure, the Italian rider falling in the early stages of the race. He remounted to finish 13th, but a return to the podium in third place was enough for Hayden to secure the 2006 world crown by just five points. On his victory lap he carried the American flag.

Minichamps’ 1:12 ‘tribute set’ recreates that moment, featuring a riding figure of Nicky astride his 2006 Honda RC211V; the American flag in his hand. It is a limited edition of just 1,017 pieces worldwide.