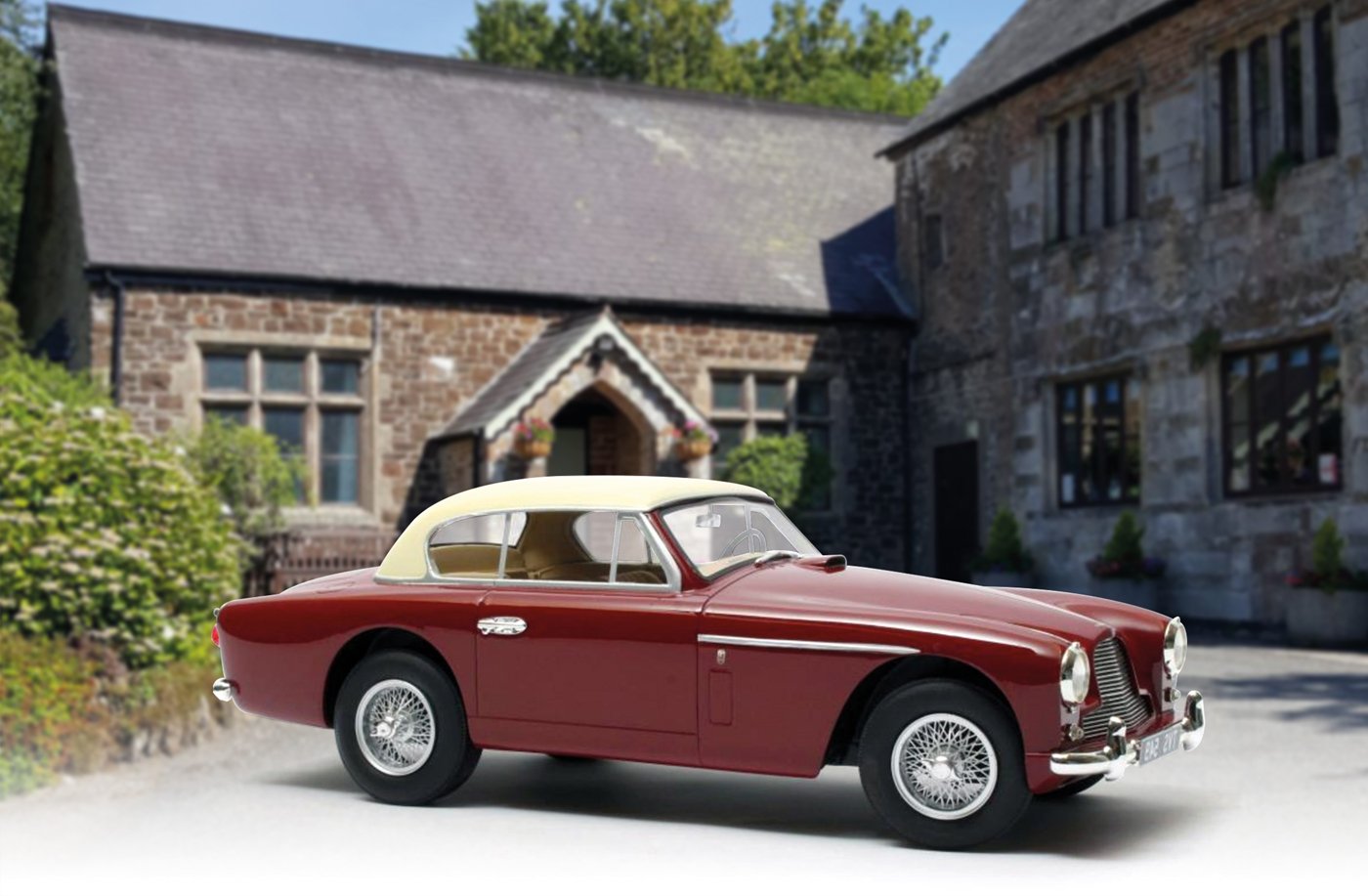 Despite the success of the Aston Martin DB2-4, David Brown still felt that the net needed to be cast further in terms of its appeal. And so, in October 1953, the DB2-4 Notchback was launched. Cult has just announced a couple of 1:18 replicas of it.

The rear end of the DB2-4 was subject to extensive revisions in order to create the Notchback. These were required in order to make room for two occasional seats in the back of the cockpit, and create more luggage space in the boot with easier access via the hatchback rear opening.

Further aesthetic differences between the Notchback and a standard DB2-4 included a raised roofline, a one-piece windscreen and larger bumpers. Discrete tail fins also made an appearance, as did chromed trim strips running from the top of the front wheel arches to in front of the doors.

The red and beige version that Cult is replicating is chassis #AM300/1103, which was first used as the works demonstrator before being sold on. The two-tone blue example (officially Ice Blue and Peacock Blue!) is chassis AM300/1106, which was first owned by a Dr Bergamo who resided in Switzerland.

This is Cult’s most interesting new 1:18 subject for quite some time. We expect to take delivery at some point during the autumn.