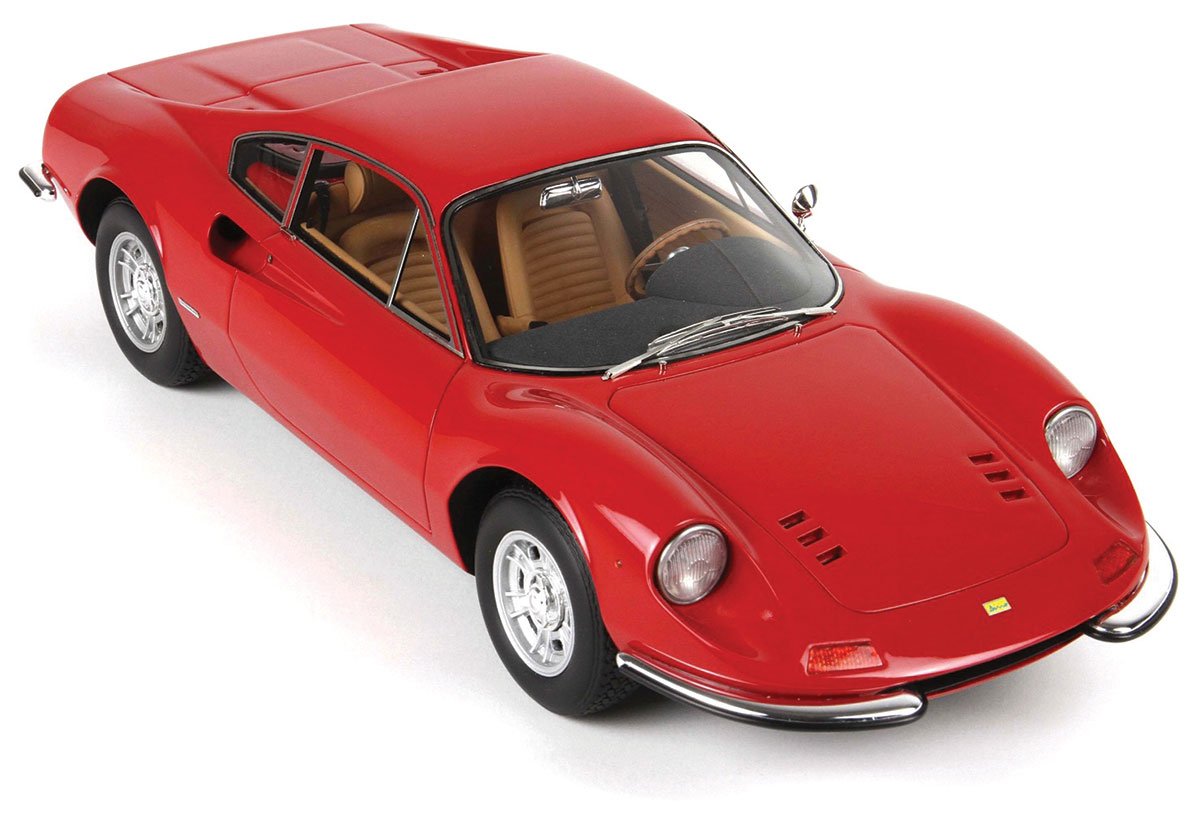 We have just received BBR's 1:18 replica of the Ferrari Dino 246 GT. It is already sold out with the Italian model maker, while we have just four examples left.

Enzo Ferrari was initially against producing a mid-engined road car. He felt that the concept would be too dangerous for ‘normal’ drivers on ‘normal’ roads.

However, Sergio Pininfarina persisted, and in 1965 ‘Il Commendatore’ finally relented. There were stipulations, however. The car had to be a Dino, with its six-cylinder engine instead of the more powerful V12 unit that you would find in a ‘regular’ Ferrari. Enzo felt that this reduction in power would reduce the potential for his new mid-engined vehicle to end up getting wrapped round lamp posts or driven off the edge of cliffs.

In November 1969, at the Turin Motor Show, the ultimate iteration of the Dino, the 246 GT, was unveiled. It was visually very similar to the 206 GT that it succeeded, but under the bonnet the engine capacity had been increased from 2 litres to 2.4. The engine block material was now cast iron rather than aluminium. And the wheelbase was increased by 60mm for improved handling.

The car remained in production until 1973, having been a great success for Ferrari. BBR’s sumptuous 1:18 replica of that iconic car pays more than a fitting tribute to it. It is a limited edition of, appropriately, just 246 pieces worldwide. 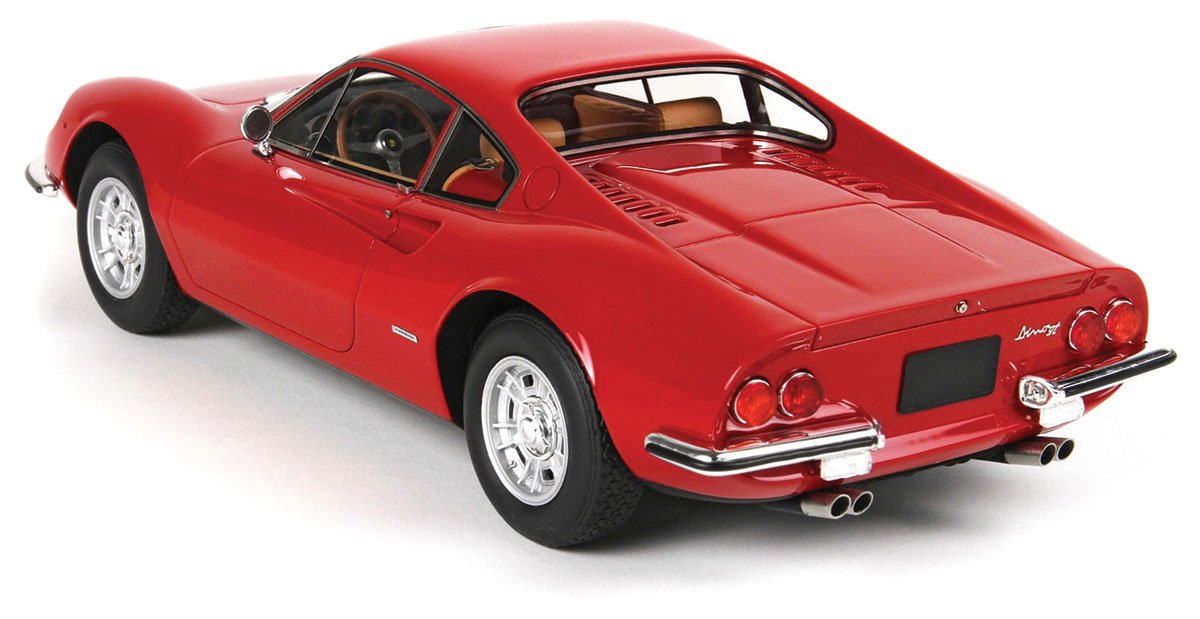