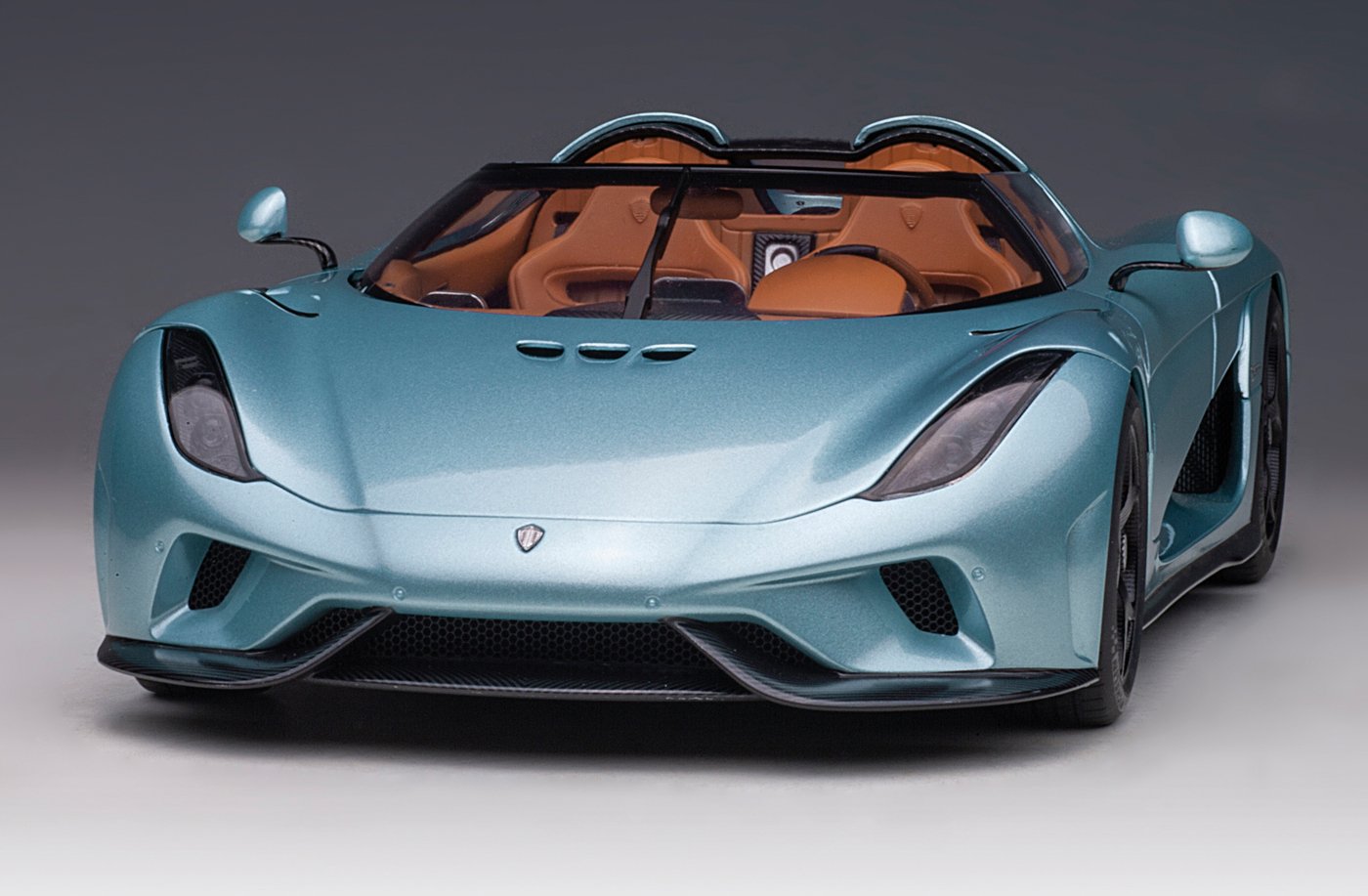 Time was when AUTOart was besotted with Lamborghini, replicating every last variant of every last model that was produced by the Italian supercar manufacturer. These days, AUTOart seems to have transferred the direction of its affections towards Koenigsegg.

And to that end, it will shortly be releasing its all-singing, all-dancing 1:18 replica of the Koenigsegg Regera. 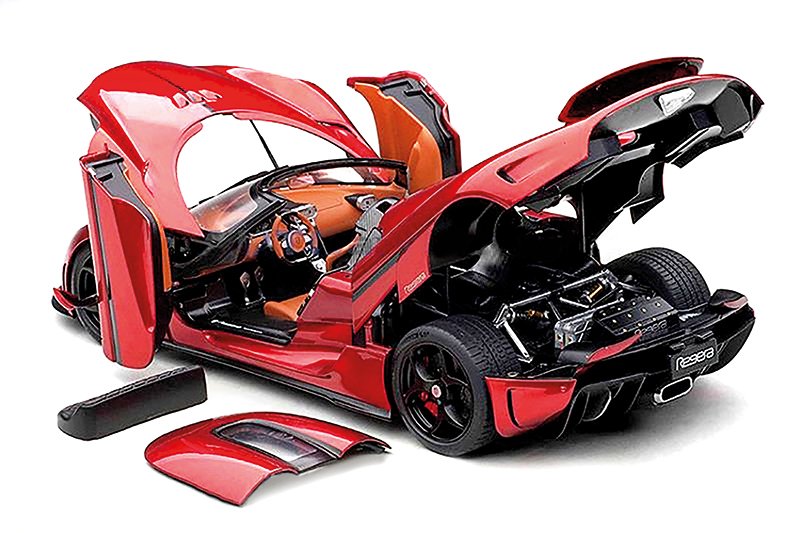 The Regera was unveiled at the 2015 Geneva Motor Show. It takes its name from the Swedish verb which means ‘to reign’ or ‘to rule’. Only 80 examples were produced, all of which easily found a home

The Regera is a plug-in hybrid machine. It is powered by a 5.0 litre, twin-turbocharged V8 engine pooling its resources with three YASA electric motors, that together yield a reported total power output of 1,797 bhp. No-one knows how fast it can go, as its top speed is electronically limited to a mere 255 mph!

AUTOart hasn’t skimped on the level of detail with this 1:18 model. The bonnet and engine cover open as they do on the real car, revealing all the mechanical detail underneath. The scissor doors also open in the correct way. And the roof panel is removable too. We should see all three colourways released by the end of the summer.