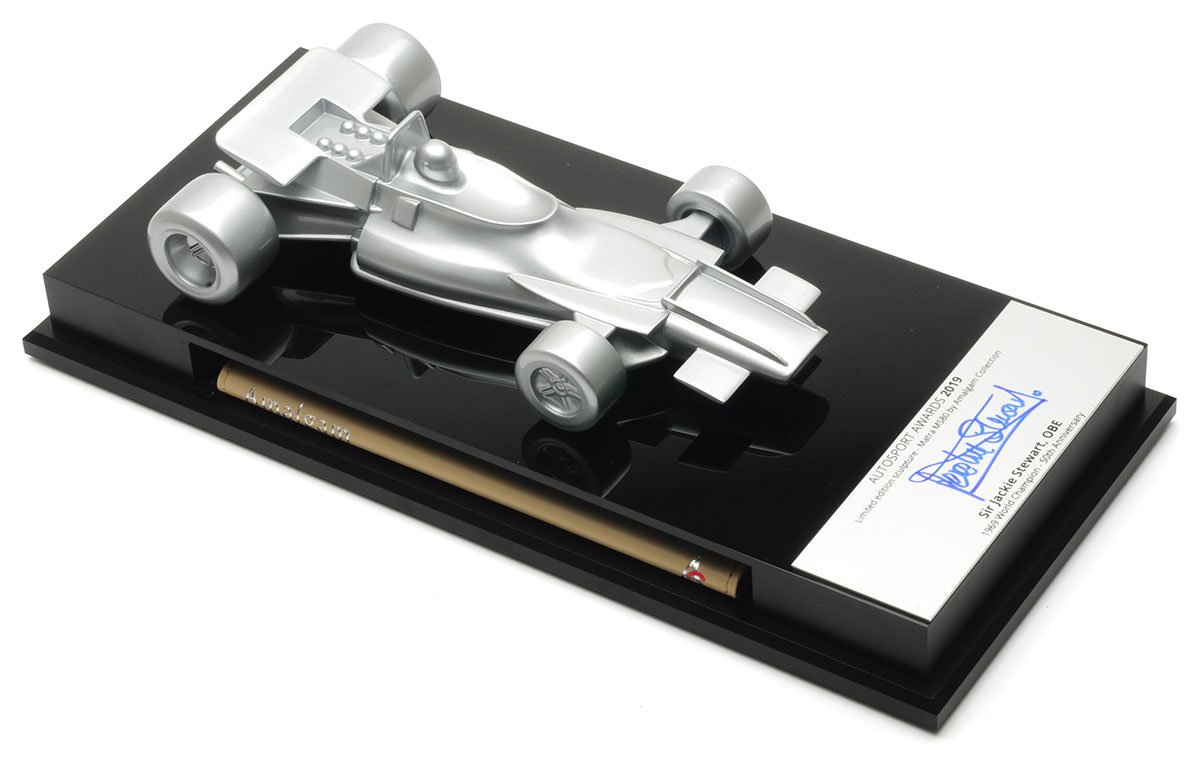 On Sunday 8th December, one of the most prestigious annual events in the motorsport calendar took place: the Autosport Awards Gala dinner. It’s always held in the Great Room at London’s Grosvenor House Hotel, and is attended by the cream of the motorsport industry.

On the night, tens of thousands of pounds were raised for charity. And, with Jackie Stewart as guest of honour in 2019, the proceeds on this occasion went to Race Against Dementia.

As ever, much of the money that was raised came from the table centre presentations that sat on each of the tables. There are normally 130 of them, but in 2019 there were only 120. The starting bid for one of these presentations is £300, but with the high rollers on many of these tables, they tend to go for much more. 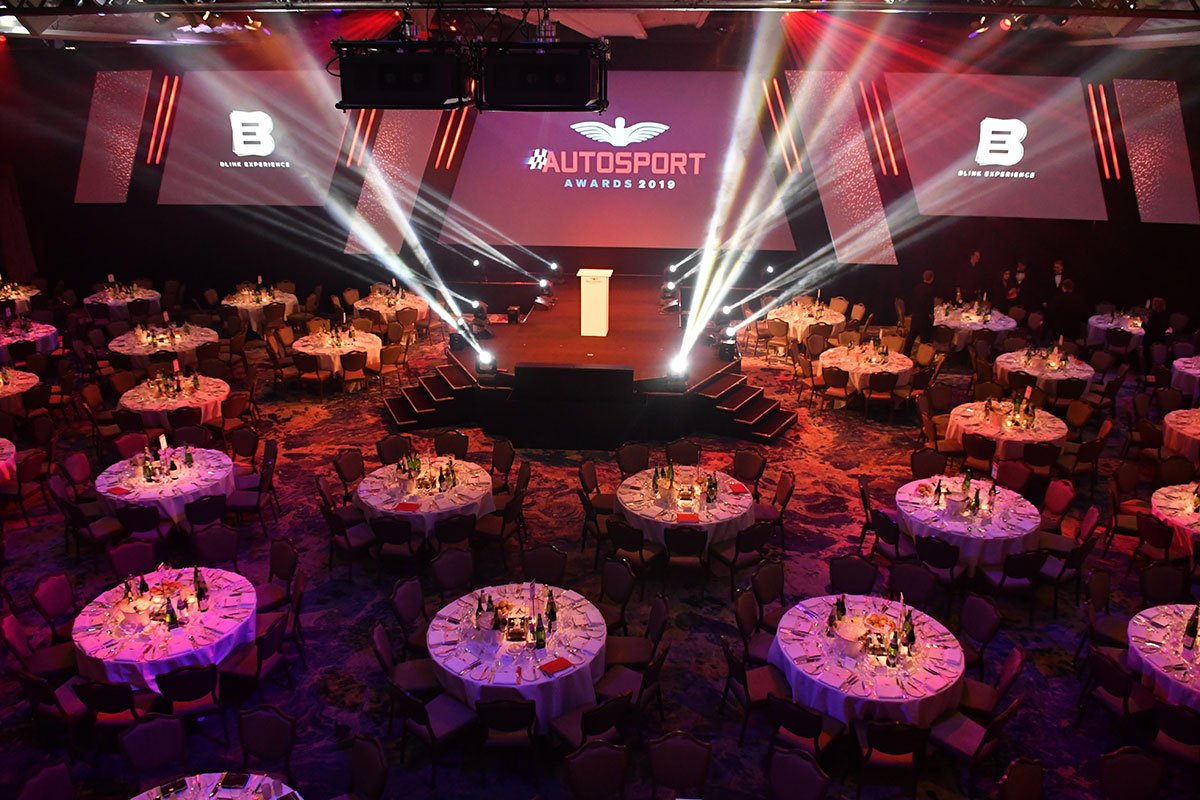 The 2019 presentation comprised a 1:18 pewter representation of Jackie Stewart’s 1969 Matra MS80, marking the 50th anniversary of the Scotsman’s very first world championship success. Amalgam created these sculptures exclusively for the evening, all of which were hand-signed by the three-time Formula One world champion.

As is usually the case, we were only able to obtain a handful of these table centres. We think that the 2019 offering is one of the most desirable for quite some time, so we can’t see them remaining available for long. A display case cover is included, by the way.