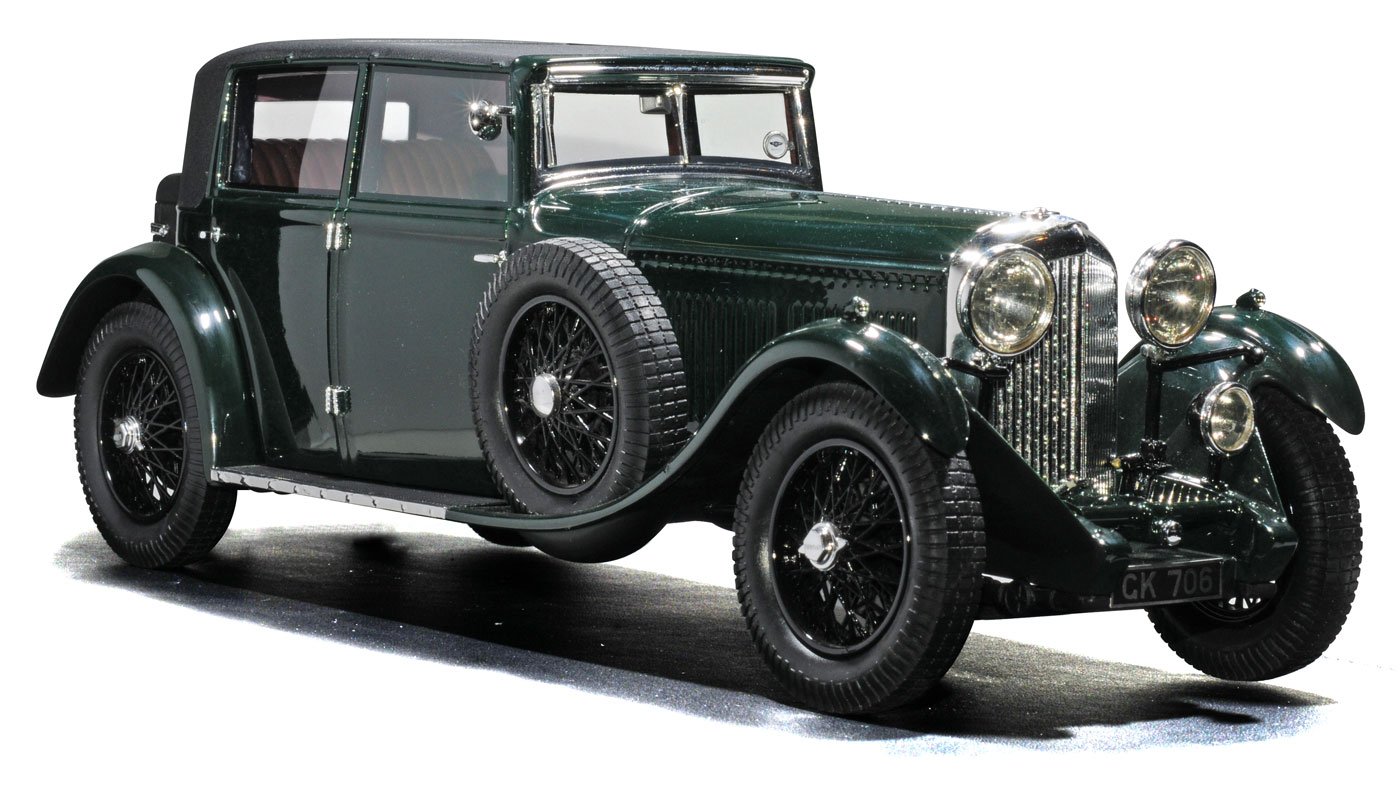 TrueScale will be replicating W.O.’s own personal example of the 8 Litre, which was the second car off of the production line. Registered GK 706, Bentley covered thousands of miles in it across Britain and Europe. Forced to sell it when the company was taken over in 1931, W.O. was later reunited with it at a Bentley Drivers’ Club celebration held in his honour. Many years after his death, Bentley Motors acquired chassis YF 5002. It has since become a symbolic company car for each subsequent Bentley CEO.

As there was a sample of this model on display at Nuremberg, we are confident of seeing it released before the year is out. TrueScale will also be offering this model in white.

*As we went to press, TrueScale was unable to confirm if this replica will come with opening parts. We will pass this information on when we get it.