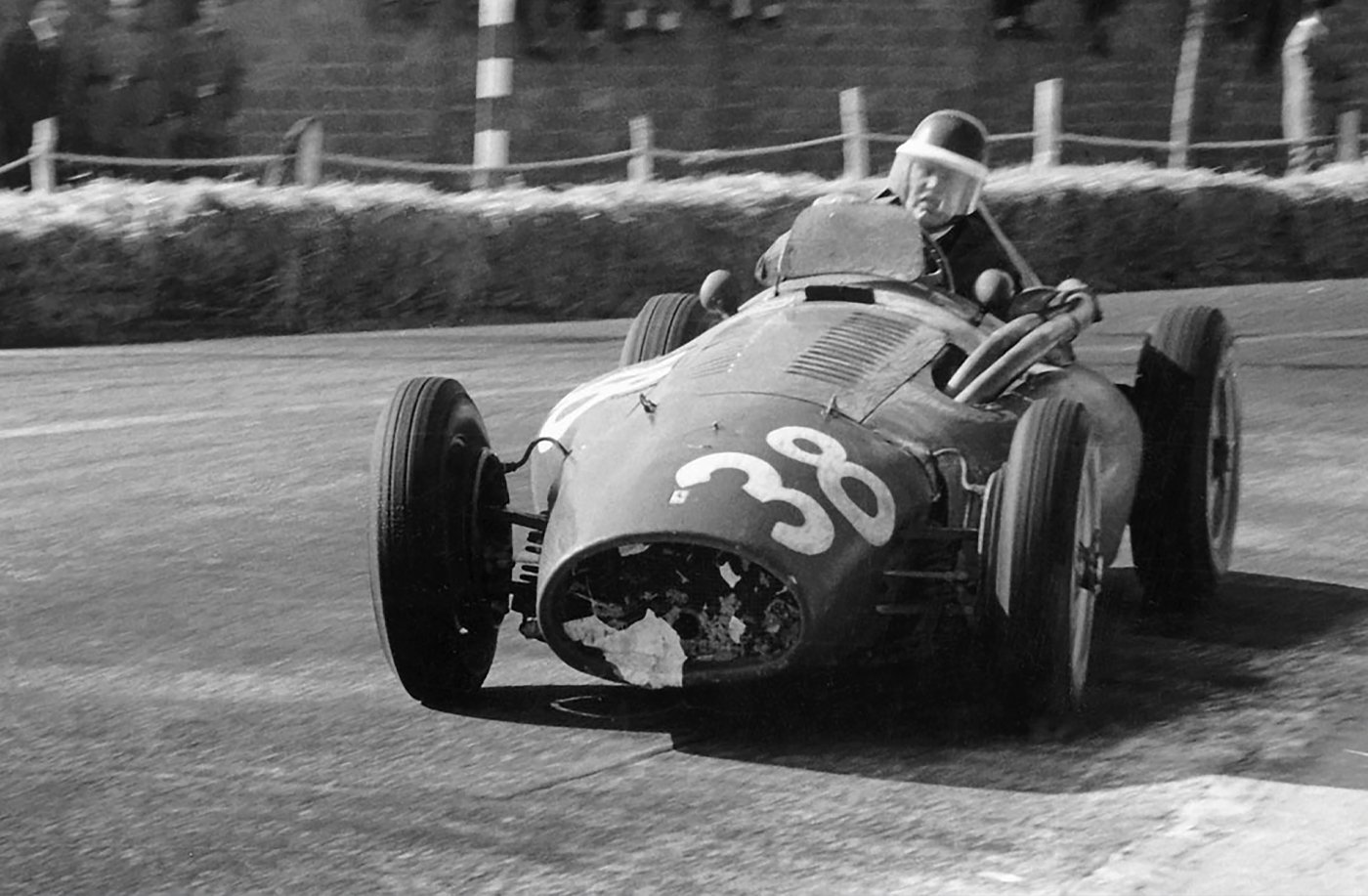 Truth be told, the 553 Squalo wasn’t one of Ferrari’s most successful machines. It only finished in the points on one occasion, but that occasion was also a win, and it marked Mike Hawthorn’s second grand prix victory to boot.

The 1954 Spanish GP was certainly a competitive affair, with each of the leading teams represented on the four-strong front row. Ascari had taken pole for Lancia (on the debut for the D50), with Fangio second for Mercedes, Hawthorn third, and Schell fourth for Maserati. 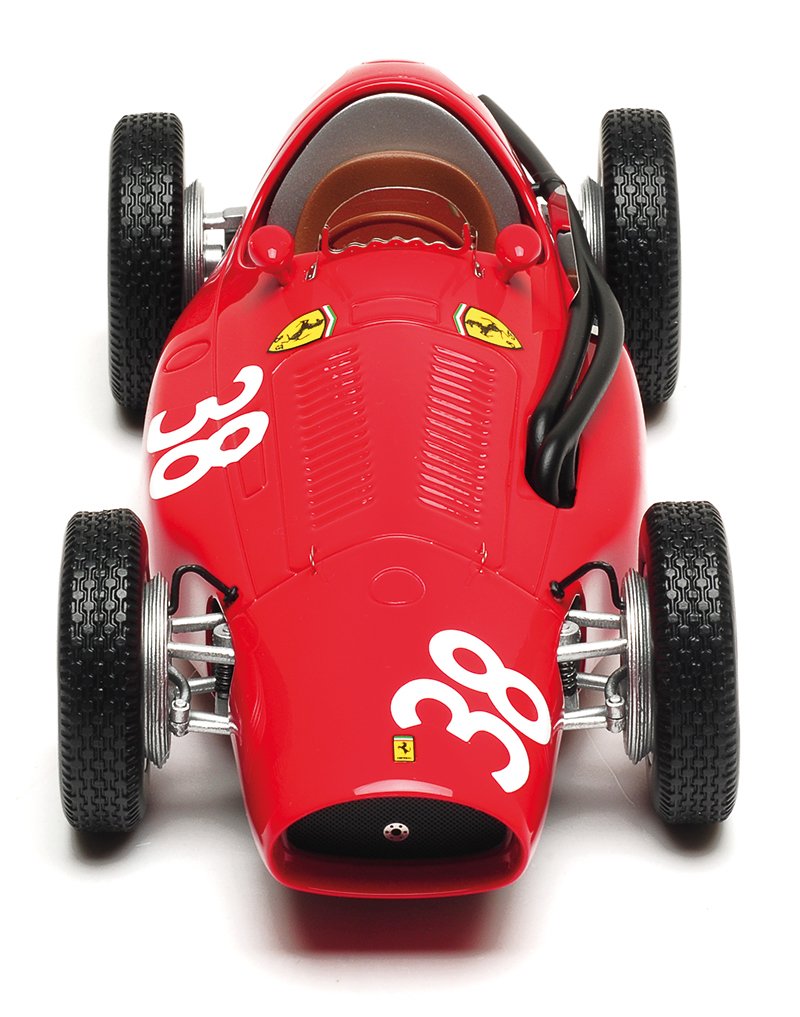 A huge battle raged for the lead in the opening act of the race, with Schell and Ascari disputing the lead before Ascari’s new mount failed him. Schell was then left to fight off the Ferraris of Hawthorn and Trintignant, before he removed himself from the equation by spinning off. Trintignant’s 553 then gave up the ghost shortly after half-distance. 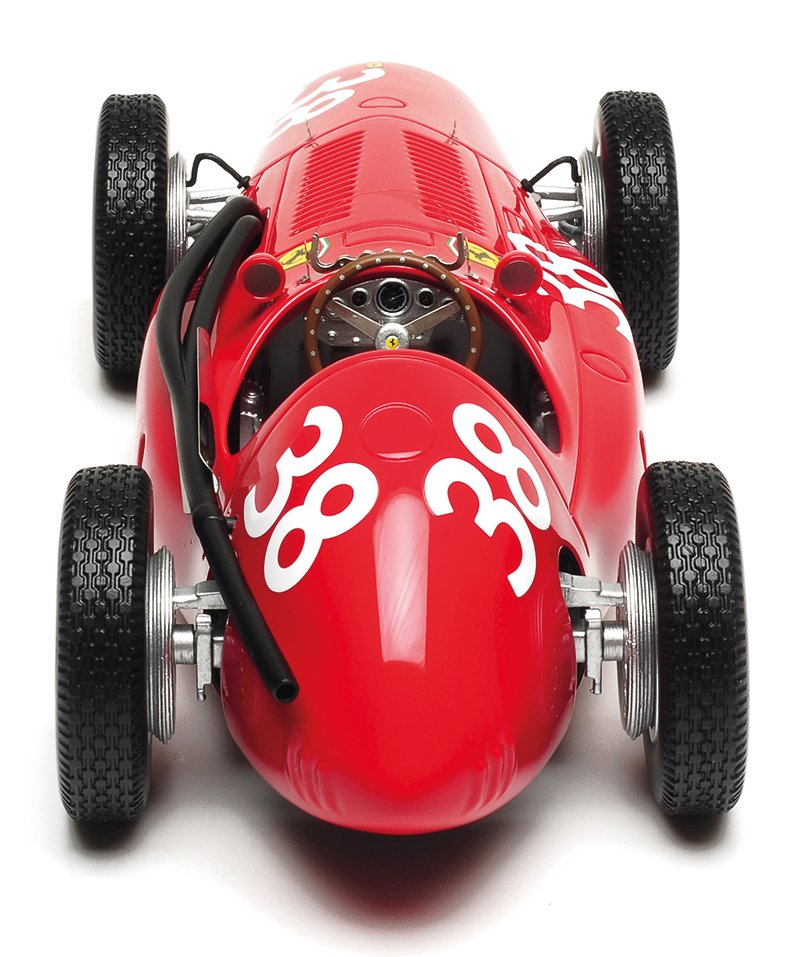 And so it was that Hawthorn nursed his unusually reliable 553 to victory in what had become a real test of endurance. His second grand prix success had come more than 12 months after his first, and it would be almost four years before he racked up his third and final career victory in his championship winning campaign of 1958.

Hawthorn’s 1954 Ferrari 553 has never been replicated in 1:18 scale before. Tecnomodel’s 1:18 replica of his Spanish GP winning machine is a limited edition of just 220 pieces worldwide. We have a mere seven examples remaining.