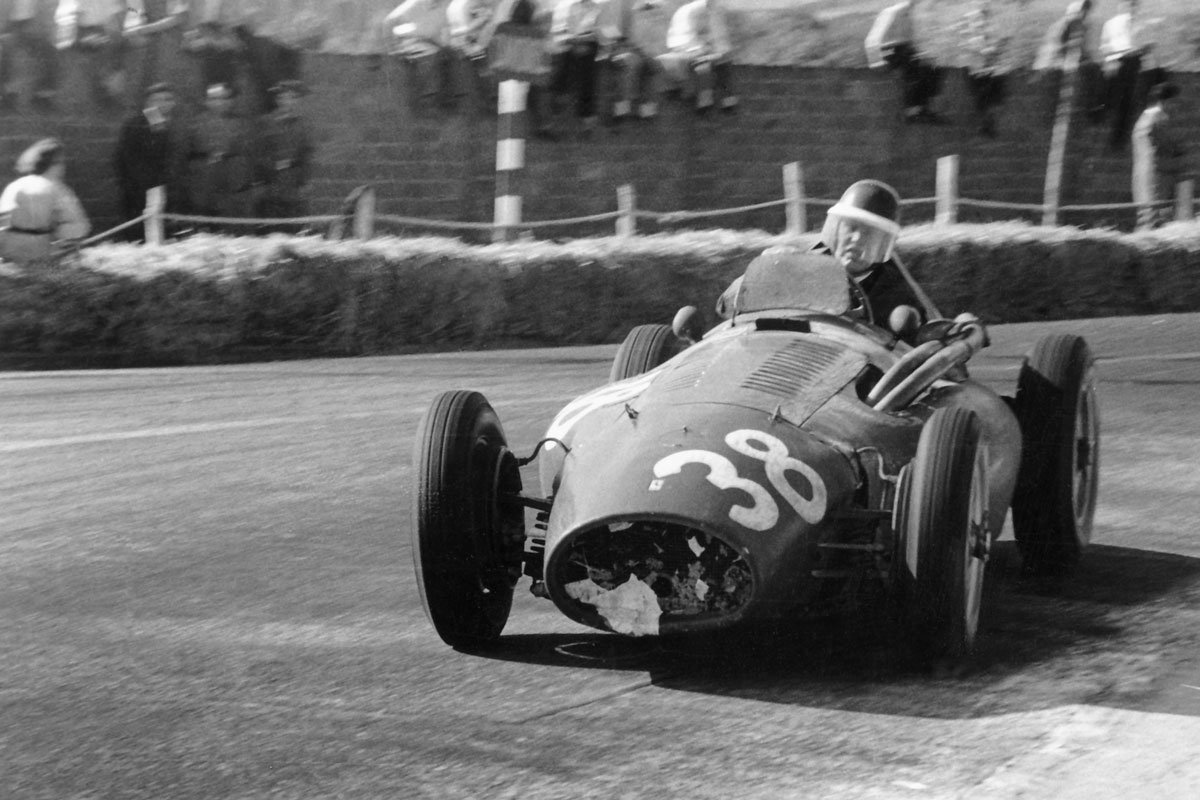 It has to be said that Tecnomodel’s latest 1:18 classic F1 Ferrari announcement is not one of the Scuderia’s most successful machines. Indeed, it only finished in the points on one occasion. But that occasion was also a win, and it marked Mike Hawthorn’s second grand prix victory.

Like many F1 teams, Ferrari converted its existing machine from Formula Two to Formula One specification when the new regulations came into effect for 1954. The car used an inline-four engine, and was nicknamed the ‘squalo’ (shark) because of its distinctive bulbous bodywork.

The car showed flashes of pace, but for the most part was woefully unreliable. After suffering two double DNFs in the Belgian and French Grands Prix, Ferrari chose to instead campaign the 625 in the following two races.

It entered a single 553 for Umberto Maglioli in the Swiss GP, the Italian coming home seventh. Jose Froilan Gonzalez then retired his example from the Italian Grand Prix, before Mike Hawthorn and Maurice Trintignant were entrusted with one each for the season finale in Spain.

The 1954 Spanish Grand Prix was certainly a competitive affair, with each of the leading teams represented on the four-strong front row. Alberto Ascari had taken pole for Lancia (on the debut for the D50), with Juan Manuel Fangio second for Mercedes, Hawthorn third for Ferrari, and Harry Schell fourth for Maserati.

A huge battle raged for the lead in the opening act of the race, with Schell and Ascari disputing the lead initially before Ascari’s new mount failed him. Schell was then left to fight off the Ferraris of Hawthorn and Trintignant before he removed himself from the equation by spinning off. Trintignant’s 553 gave up the ghost shortly after half-distance, while many drivers, including Stirling Moss, were forced to retire with overheating cars after their radiators had been fouled by newspaper debris.

And so it was that Hawthorn nursed his usually unreliable 553 to victory in what had become a real test of endurance, scoring eight points to finish third in the final 1954 standings. His second grand prix success had come more than 12 months after his first, and it would be almost four years before he racked up his third and final career victory in his championship winning campaign of 1958.

Tecnomodel will of course be replicating Mike’s #38 Spanish GP winner, which will no doubt be the most popular version of the model.

There will also be the #2 car that Gonzalez retired in the 1954 French Grand Prix and the plain red example that Alberto Ascari tested at Monza.

Finally, there will be the #21 553 that Gonzalez took to victory in the non-championship BRDC International Trophy at Silverstone.

The limited editions on Tecnomodel’s replicas are so paltry that you can never escape the scenario where supply is insufficient to meet demand. The sooner you get your pre-order in, the less likely it is that you will be too late.