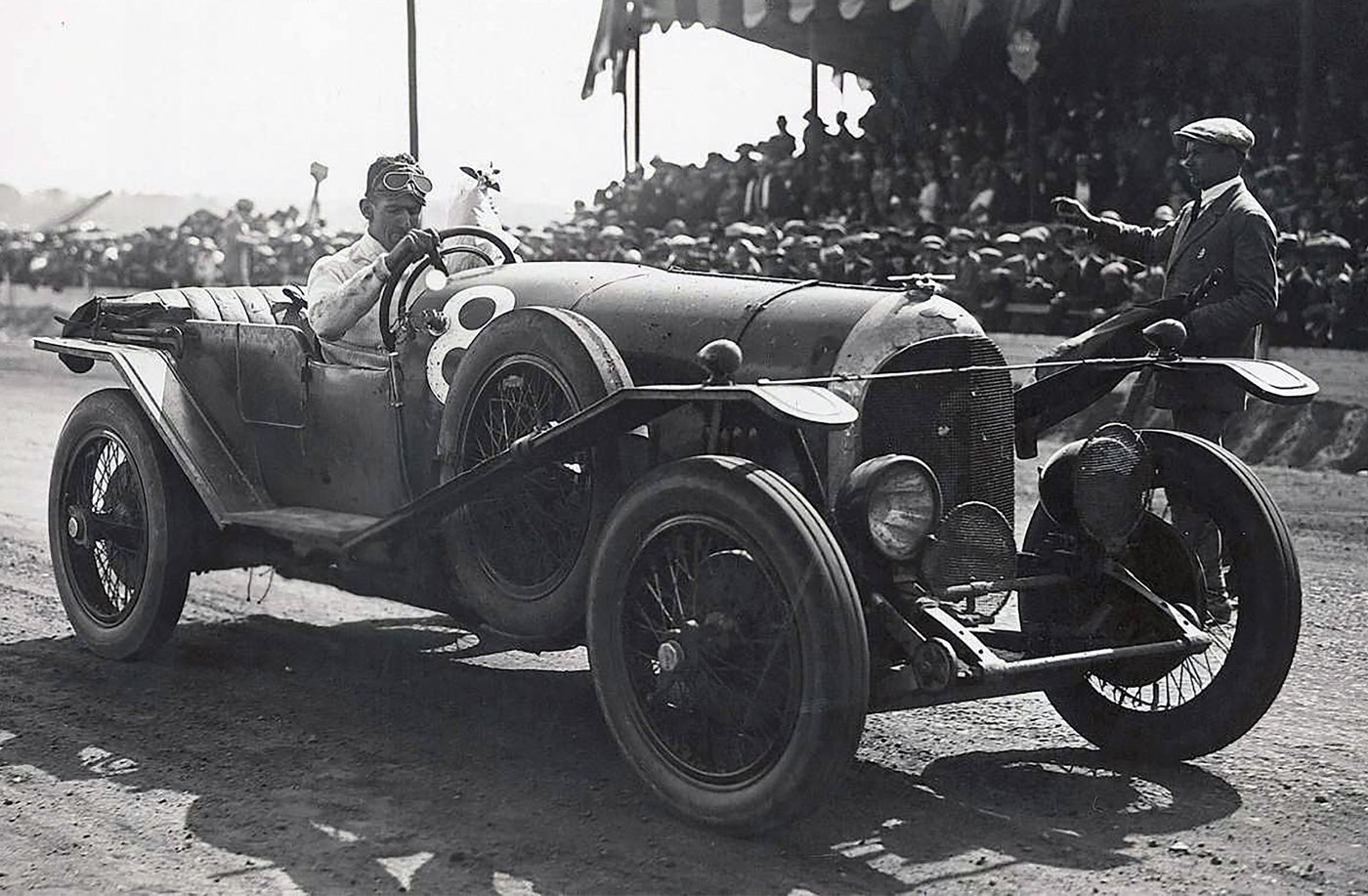 The other day Tecnomodel became our best friends all over again, when they announced that they will be replicating the first ever Le Mans 24 Hours winning Bentley, from 1924, in 1:18 scale.

The car in question is the 3 Litre Sport, which was driven by John Duff and Patrick Clement. Tecnomodel will be modelling it with both the roof on and the roof off, for reasons that we shall explain shortly. 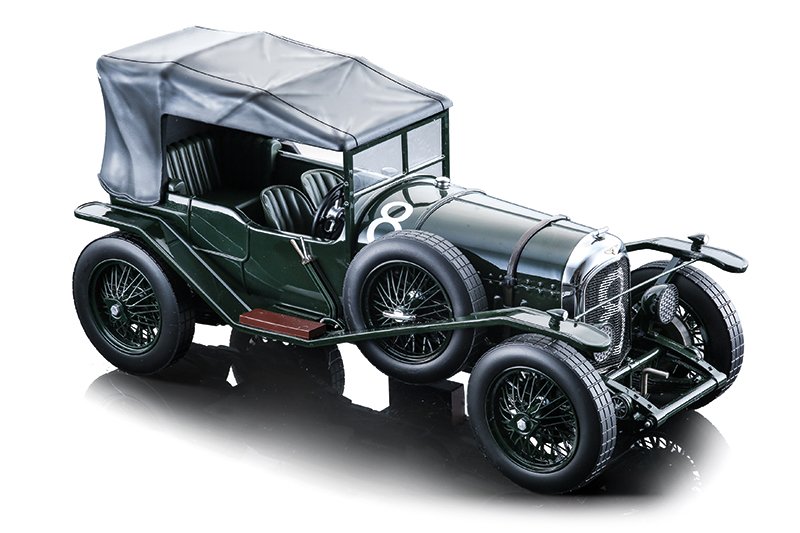 1924 was only the second ever running of the famed endurance race. For the first time, it was held in mid-June to take advantage of the summer solstice and longer daylight running. The inaugural event had been held the previous May, and was heavily affected by rain.

The reason that this Le Mans winning machine is being replicated with both the roof on and the roof off is that it raced in both of those configurations! Under the quirky 1924 Le Mans regulations, all convertibles had to come into the pits after five laps and have their hoods raised. Then, after completing at least two laps with the hoods up, they had to return to the pits again and have the hoods checked for robustness, before lowering them once more. 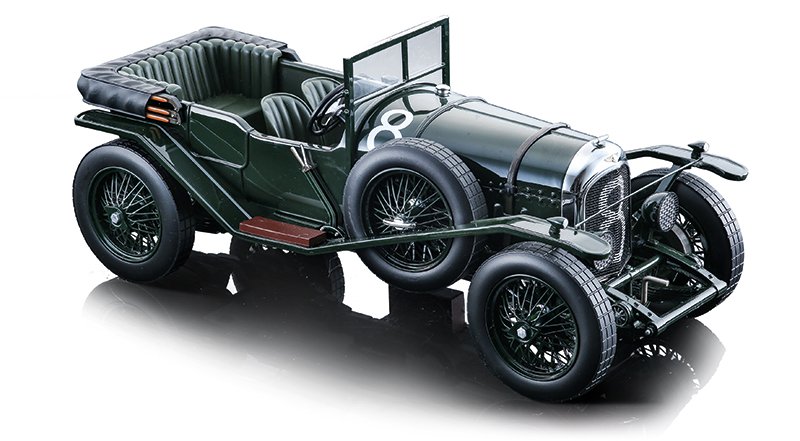 The 1924 running of the Le Mans 24 Hours distilled into a battle between the sole Bentley and the three-strong Lorraine-Dietrich effort. In the closing stages the Bentley enjoyed a sizeable lead after the Lorraine-Dietrichs had all experienced various delays, but at its final pit stop it lost half an hour when one of the wheels proved almost impossible to remove.

Although the errant wheel was finally replaced, the final five laps that Duff completed after that stop were not counted towards the car’s race total. This was due to another quirk in that year’s regulations, which stated that for a lap to count towards a car’s total race distance, it had to be achieved within a certain overall average speed. The 30 minutes lost at that almost fateful final pit stop meant that all of the laps that the Bentley completed after that were null and void according to the official results! 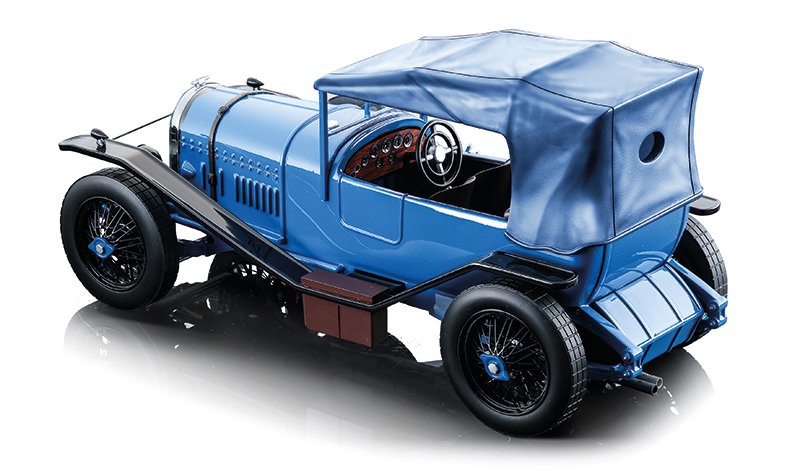 Fortunately, the #8 machine had completed 120 laps before coming into the pits that last time (the car having unofficially completed 125 circuits). After a full 24 hours of running, the leading Lorraine-Dietrich (of Henri Stoffel and Edouard Brisson) had only managed to lap the La Sarthe course 119 times. So, in the final reckoning, the Bentley was declared the winner by just one lap. This lay the foundation for the marque’s enduring affinity with Le Mans. 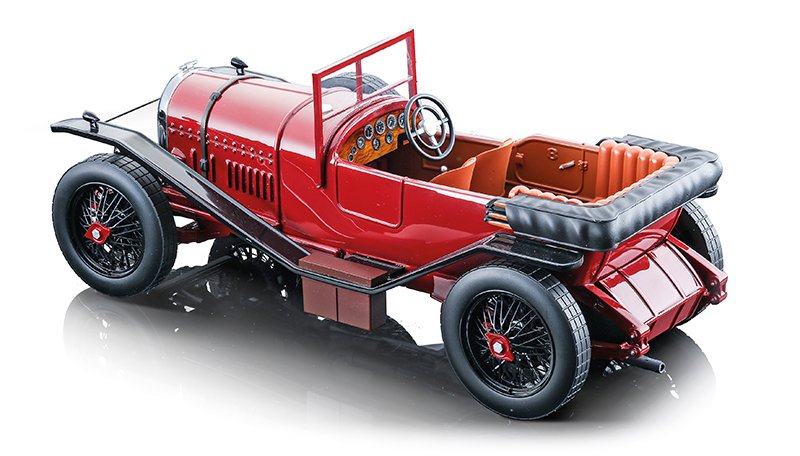 Once you have decided whether you want to add either the roof-on or roof-off version of Tecnomodel’s 1:18 replica of the 1924 Le Mans winning Bentley to your collection, you need to place your pre-order sharpish. Even the Italian model maker’s most obscure subjects are sold out before they are even released, so the same is bound to be true with something as exciting as the first ever Le Mans winning Bentley, especially as it has never been produced in this scale before.

Tecnomodel will also be offering a pair of roadgoing 1:18 replicas of the 3 Litre Sport, by the way. These are gloss blue with the roof on, and gloss dark red with the roof off.