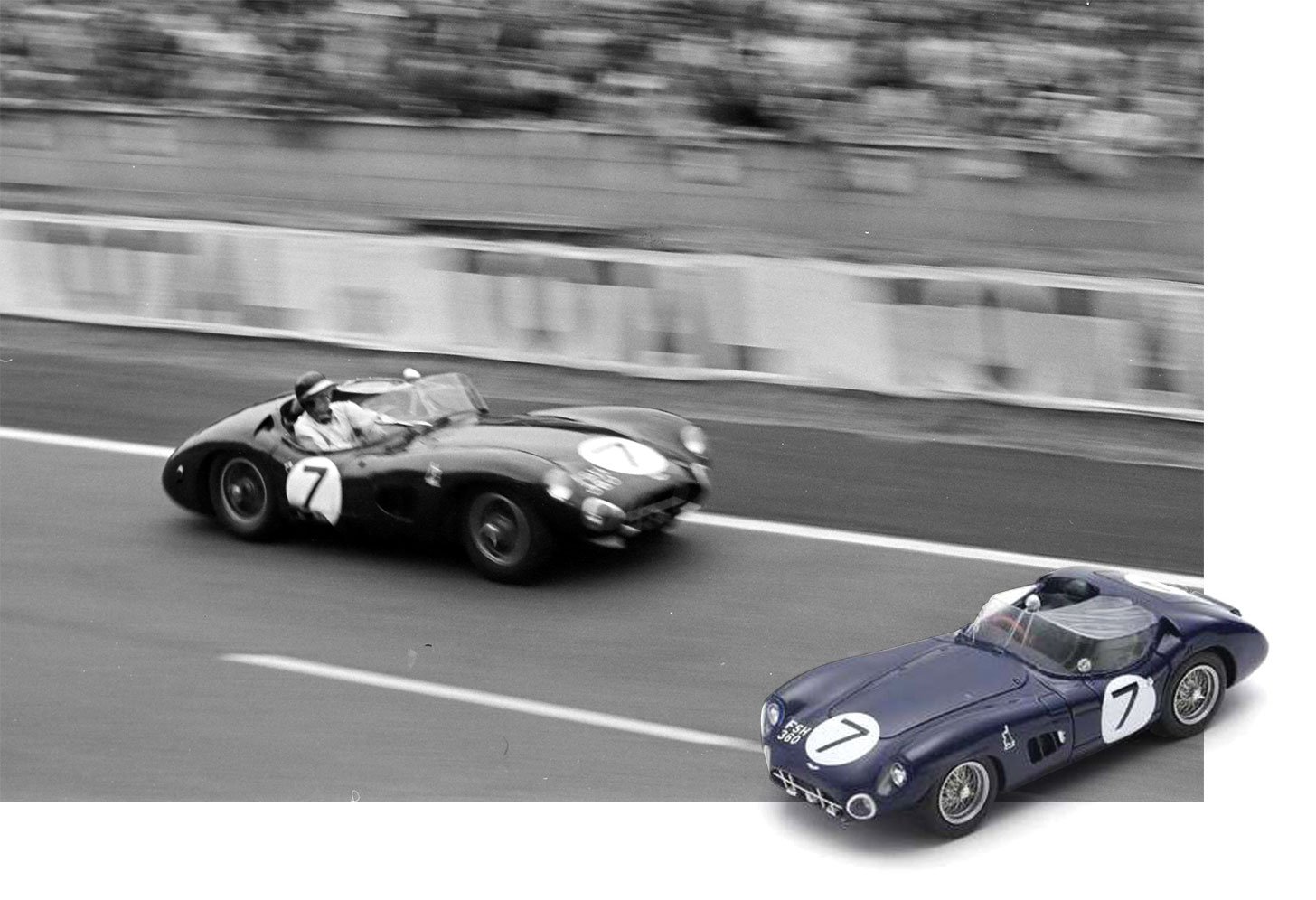 Jim Clark contested the Le Mans 24 Hours on three occasions, from 1959 to 1961. In 1960 he shared a Border Reivers-entered Aston Martin DBR1 with Roy Salvadori. The duo were in contention for the win in the wet conditions of the first half of the race, but as the track dried the more powerful Ferraris were able to show their hand. Clark and Salvadori still finished third.