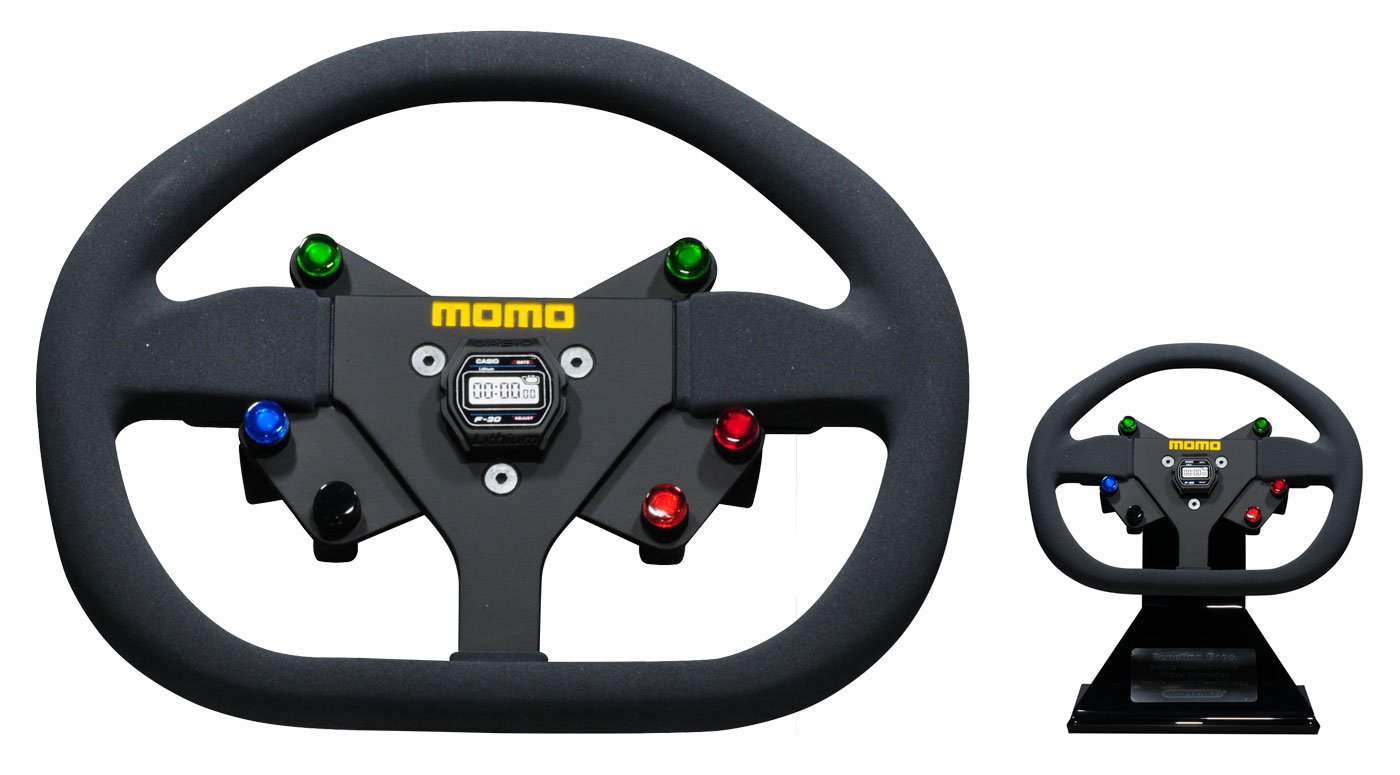 Minichamps announced something new at this year’s Nuremberg Toy Fair, in the form of a range of half-scale steering wheel replicas. These will measure some 14cm across, by the way, and come presented on a display stand.

On display at the show was the example from Michael Schumacher’s 1994 Benetton B194 (PH941605). This was the year of the German’s first world championship success. Schumacher’s 1995 Benetton B195 steering wheel (another world title winning season) will also be replicated (PH950001).

From one legend to another, we will also see two half-scale steering wheels from cars that were driven by Ayrton Senna. These will be from his 1985 Lotus 97T, the year of his first grand prix victory (PH850012), and his 1988 McLaren MP4/4, which was his first world championship winning season (PH880012).

It is likely that the Minichamps UK importer is going to act cautiously when it comes to buying in stock for a new range like this, as it won’t want to risk being left holding stock. Therefore it is not safe to assume that these replicas will be in plentiful supply once they are released. They will each have an RRP of £134.99.

Shop for the Formula One steering wheels Want some more editorial stories? Please click here to return to the Diecast Legends home page.