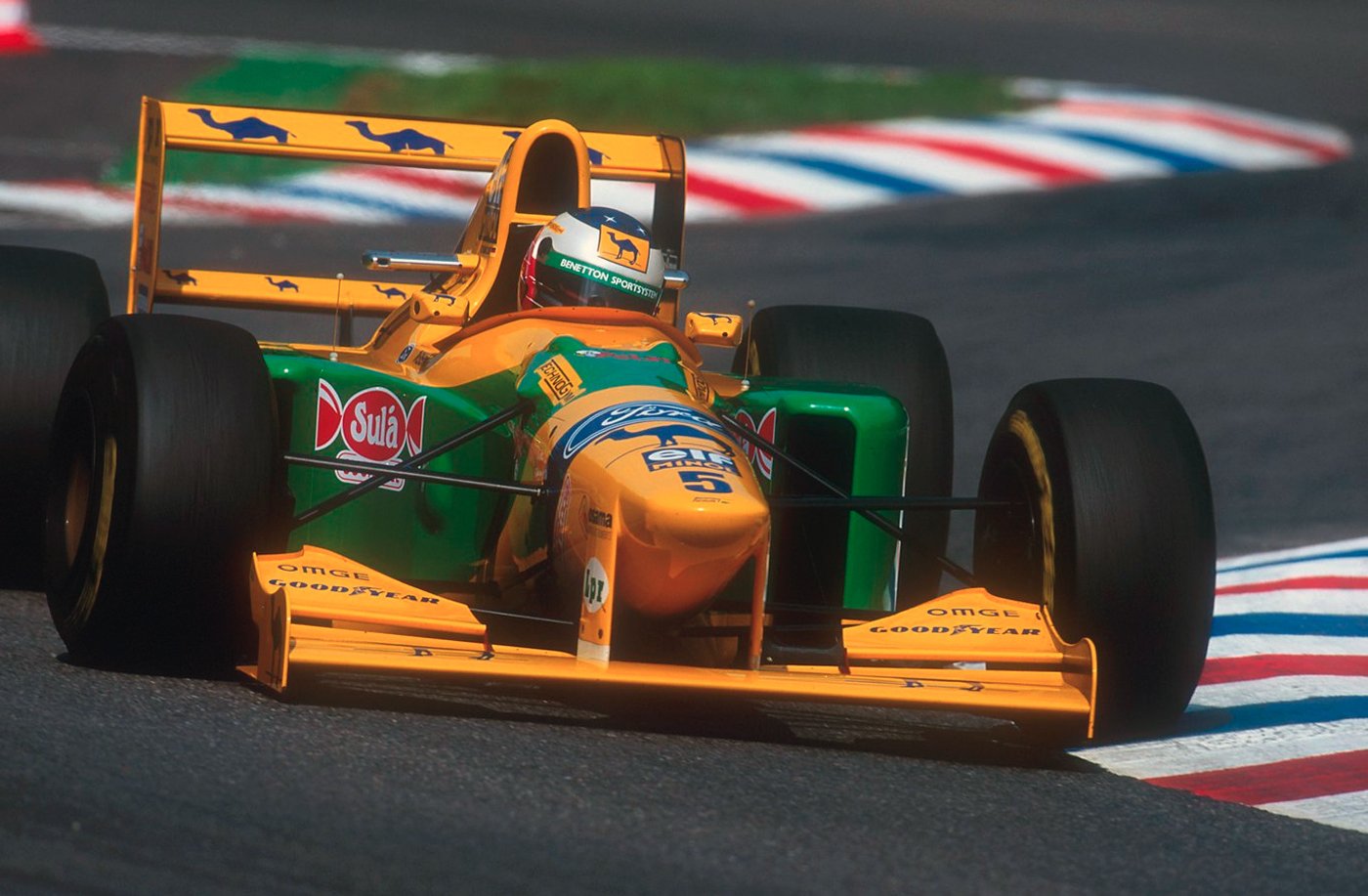 Michael Schumacher’s first formula One victory, at Spa in 1992, has been an oft-celebrated event, and indeed his Belgian Grand Prix winning Benetton B192 has been replicated on several previous occasions. But his second grand prix win, his sole victory from 1993, has frequently been overlooked. Until now!

1993 was Williams’ final year of domination in the sport, with Alain Prost and Damon Hill winning 10 of the season’s 16 races between them. The only drivers that could hold a candle to the two FW15Cs were McLaren’s Ayrton Senna, and Schumacher.

Schumacher’s one visit to the top step of the rostrum in 1993 didn’t come until race 14 of the campaign, at Estoril in Portugal. The German had qualified his Benetton B193, with its asthmatic Ford V8 engine, just sixth on the grid, but an early pit stop for new tyres saw him leapfrog those ahead of him as he made up time on his fresher Goodyear Eagles. He then had to take his medicine later in the race, nursing his spent rubber as Prost’s Williams closed in inexorably.

In the end Schumacher hung on to the top spot, with Prost just one second behind him at the chequered flag. That win contributed to Schumacher still holding the record for most consecutive seasons with at least one victory, at 15 (although Lewis Hamilton is now just one behind).

Minichamps’ 1:18 replica of Schuey’s 1993 Portuguese Grand Prix winning machine is a limited edition of just 744 pieces, which is really low for the German model maker. It also comes with a decal sheet included so that you can make the livery 100% authentic, by the way.