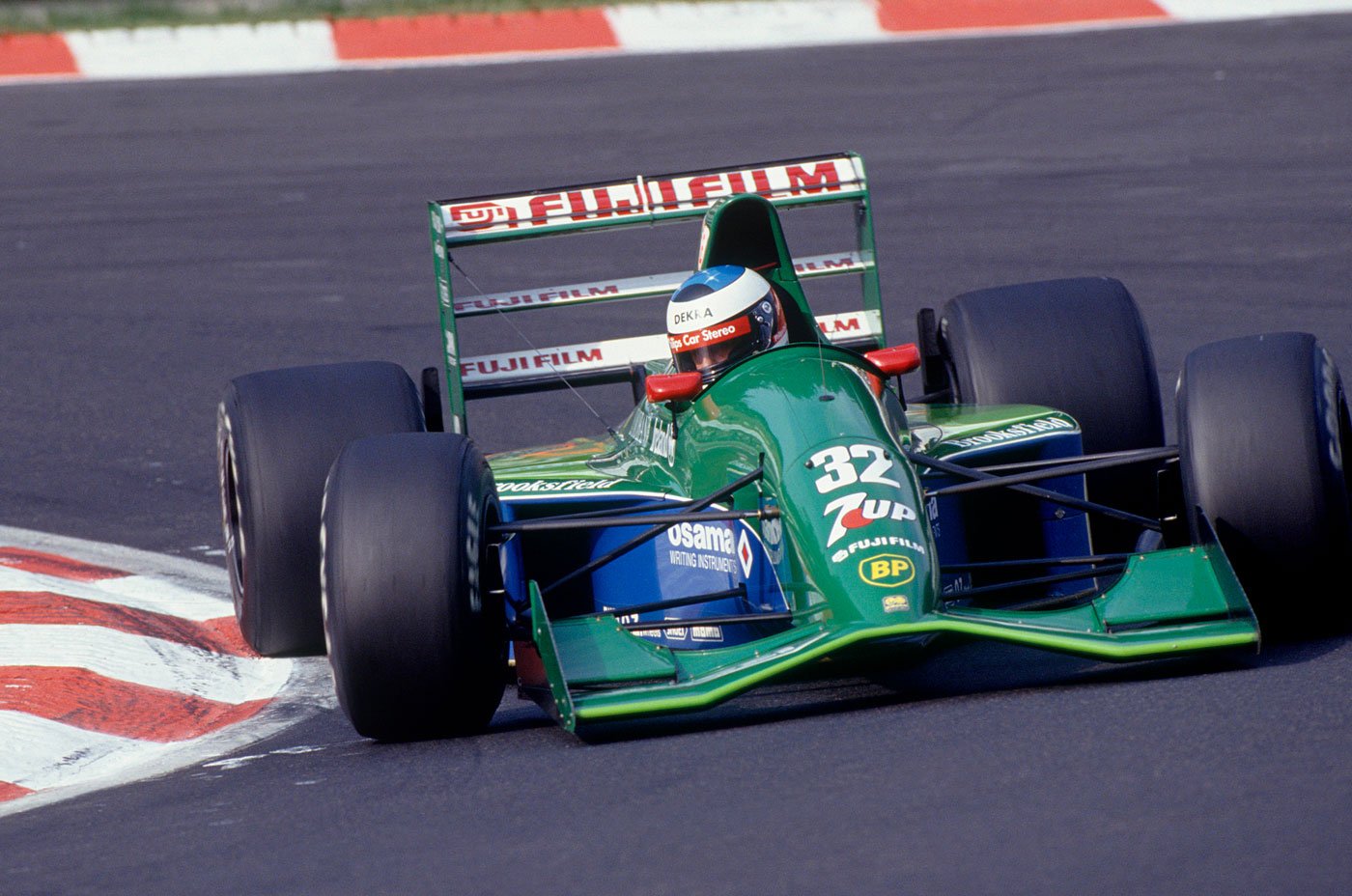 Minichamps has just re-released its 1:18 replica of Michael Schumacher’s Jordan 191 from the 1991 Belgian Grand Prix. This of course was the German’s first ever Formula One car, which he drove in anger for all of half a lap in the Spa race! After being sidelined by a clutch failure, he was infamously poached by Benetton before the next event in Italy.

Schumacher was pretty much an unknown when he rocked up at the Spa paddock, having been hired by Eddie Jordan to replace Bertrand Gachot. Gachot had been jailed for using tear gas against a London taxi driver. But after qualifying a sensational seventh, everyone knew that this was a man who was going places. And a little too quickly as far as Jordan was concerned!