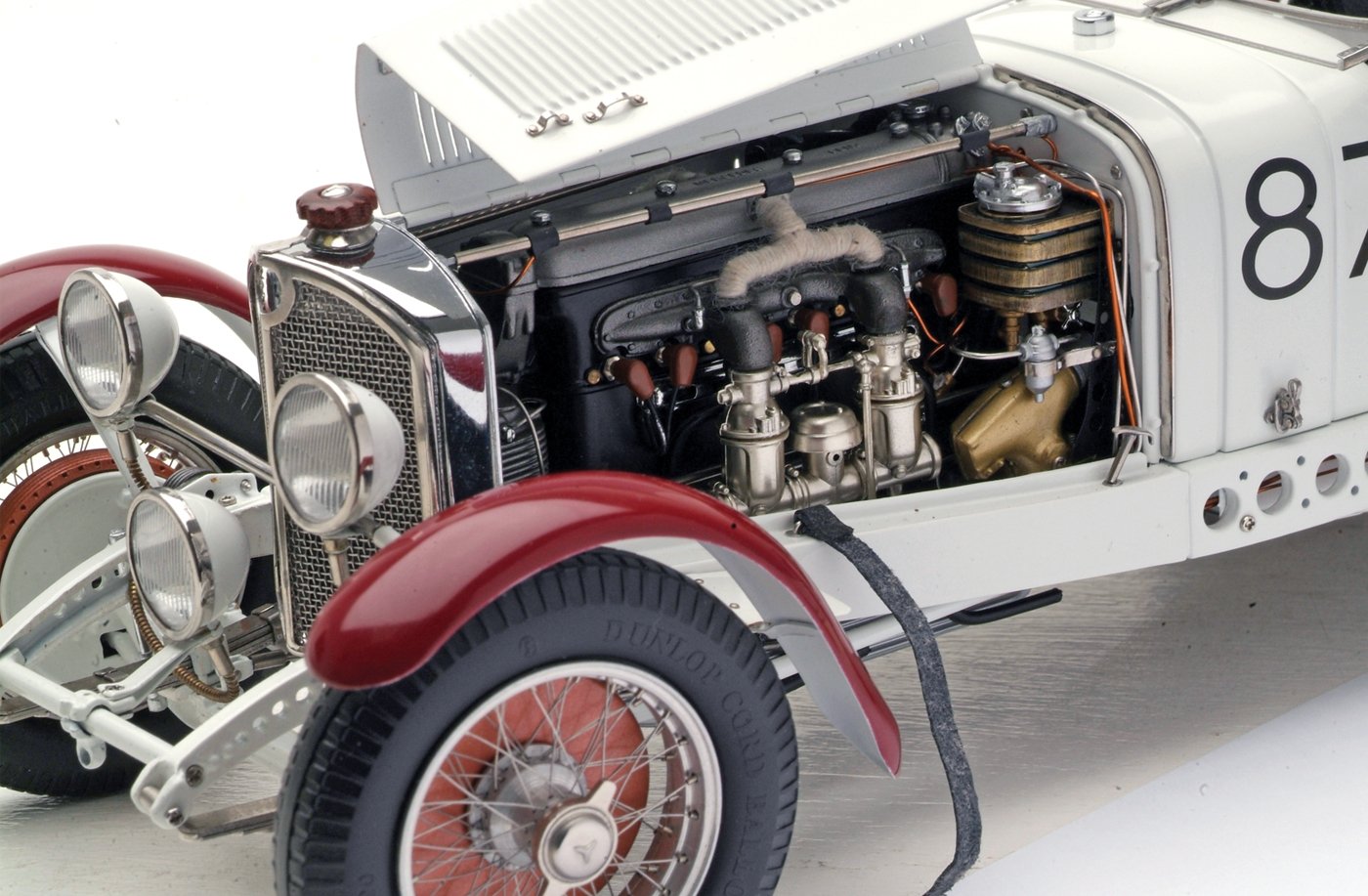 Back in 2006, CMC manufactured a 1:18 replica of the Mercedes SSKL. It was such a popular subject that CMC has decided to reproduce it this year, retooling from scratch, to make as perfect a 1:18 recreation of the car as it possibly can. The headline subject is Rudolf Caracciola’s winning car from the 1931 Mille Miglia, while the SSKLs that Hans Stuck and Otto Merz campaigned in the 1931 German Grand Prix will also be offered again.

In 1930, the Wall Street Crash and subsequent depression caused Daimler to cease all racing activities. But the company reached an agreement to support the young German driver, Caracciola, in exchange for a share of prize monies.

For the 1931 Mille Miglia, there were 99 starters, a third of whom were driving Alfa Romeos. Great Britain was represented by a supercharged Austin Seven!

In the race, Caracciola knew that he had to build up a lead on the early fast parts of the course. But he was still overhauled by Nuvolari, who had built up an advantage of two minutes when the race reached Rome.

Caracciola fell further back in the night and the Alfas appeared to have the race in their grasp, but as dawn broke the German got a second wind and fought his way back into the lead. He took the win with a time of 16 hours and 10 minutes, some 11 minutes clear of his nearest pursuer.

CMC’s new model of Caracciola’s winning machine comprises almost 2,000 separate pieces. As you would expect, the cockpit is completely true to the original, with all the instruments faithfully replicated. The windscreen is moveable, and the seats are real leather.

The radiator mesh grille is made from stainless steel, while the double-wing engine hoods are fastened with ‘functioning’ leather belts. Once you have undone those belts and opened the bonnet, you will see that the six cylinder engine features all the associated cables and piping. On the running board you will find a jerry can, along with a wooden hinged toolbox that actually contains miniature tools!

We were blown away when we saw CMC’s original rendition of this car, some 14 years ago. We can’t wait to see this updated and improved version. We can offer all three variants at £25 off of the RRP, so the price from us to you will be just £431.99. Click CMC 1:18 1931 Mercedes SSKL to order.
Want some more editorial stories? Please click here to return to the Diecast Legends home page.