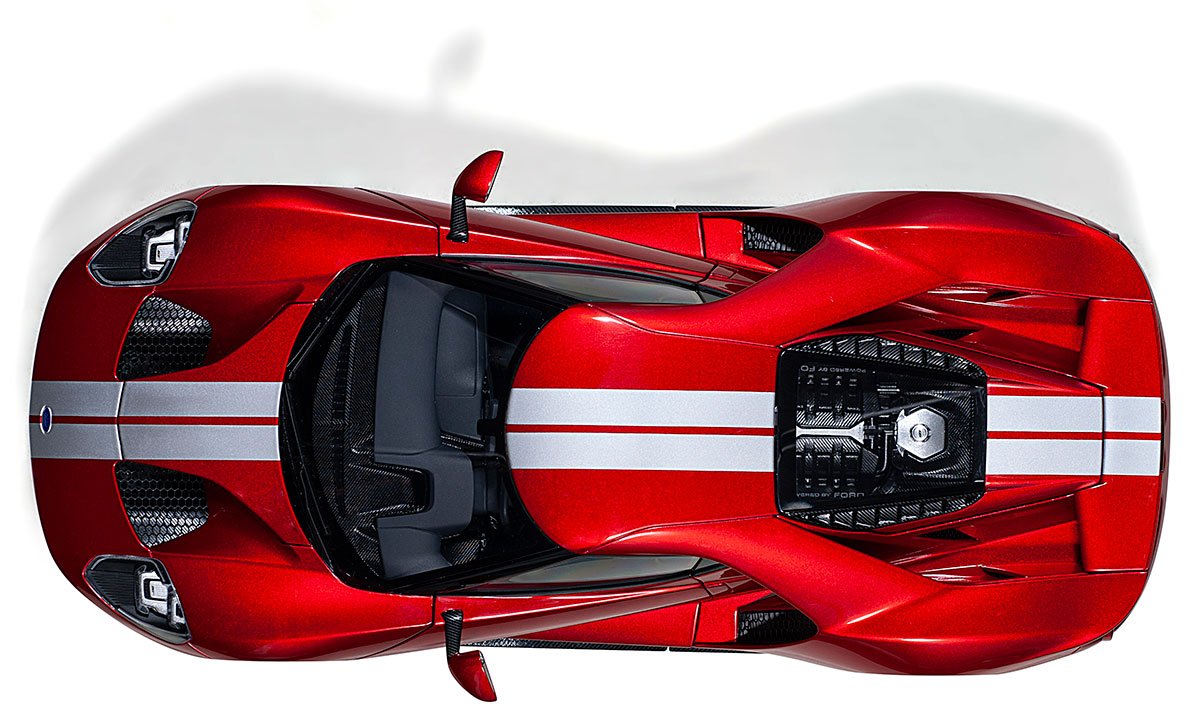 Ford unveiled its second generation Ford GT at the 2015 North American International Auto Show. Production of the car began in December 2016, with a planned production rate of one unit per day until October 2020.

The 2017 spec. GT was powered by Ford’s twin-turbocharged EcoBoost V6 engine, which generated a not insignificant 647 bhp. Revisions to the powerplant for the new model included a larger turbocharger, an aluminium intake manifold, and a custom dry sump lubrication system.

The GT’s chassis consisted of a carbon fibre monocoque bolted onto aluminium front and rear subframes, before being clothed in carbon fibre body panels. It also sported a pushrod suspension system as used on the racing version of the car.

AUTOart has just released three variants of its 1:18 replica of the second generation Ford GT. They all come with a whole host of opening features, including butterfly doors. 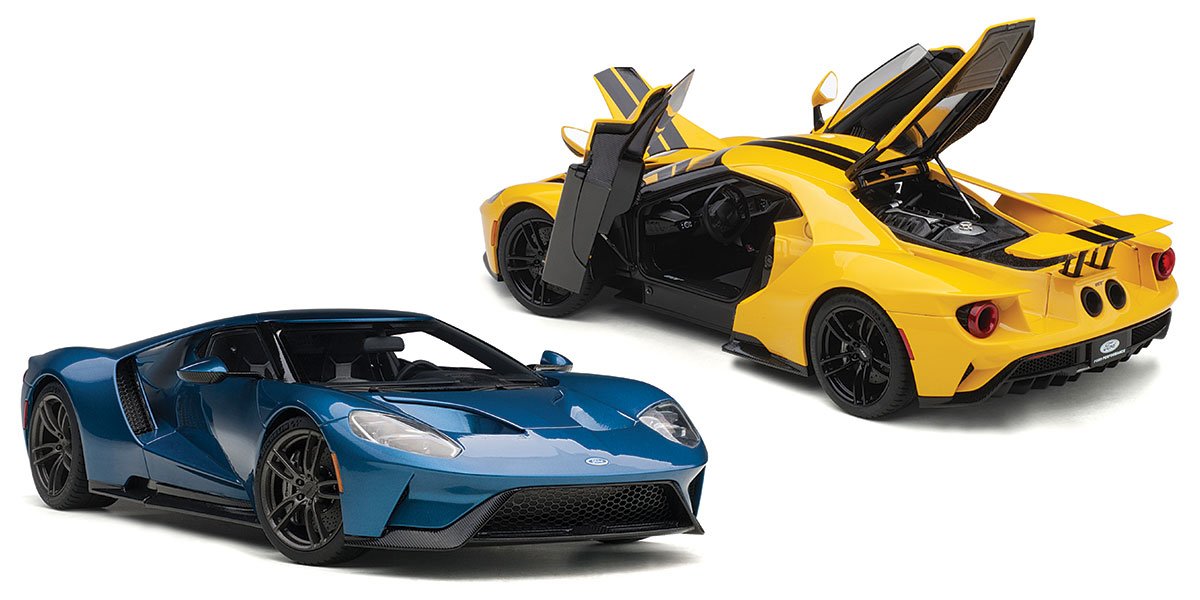