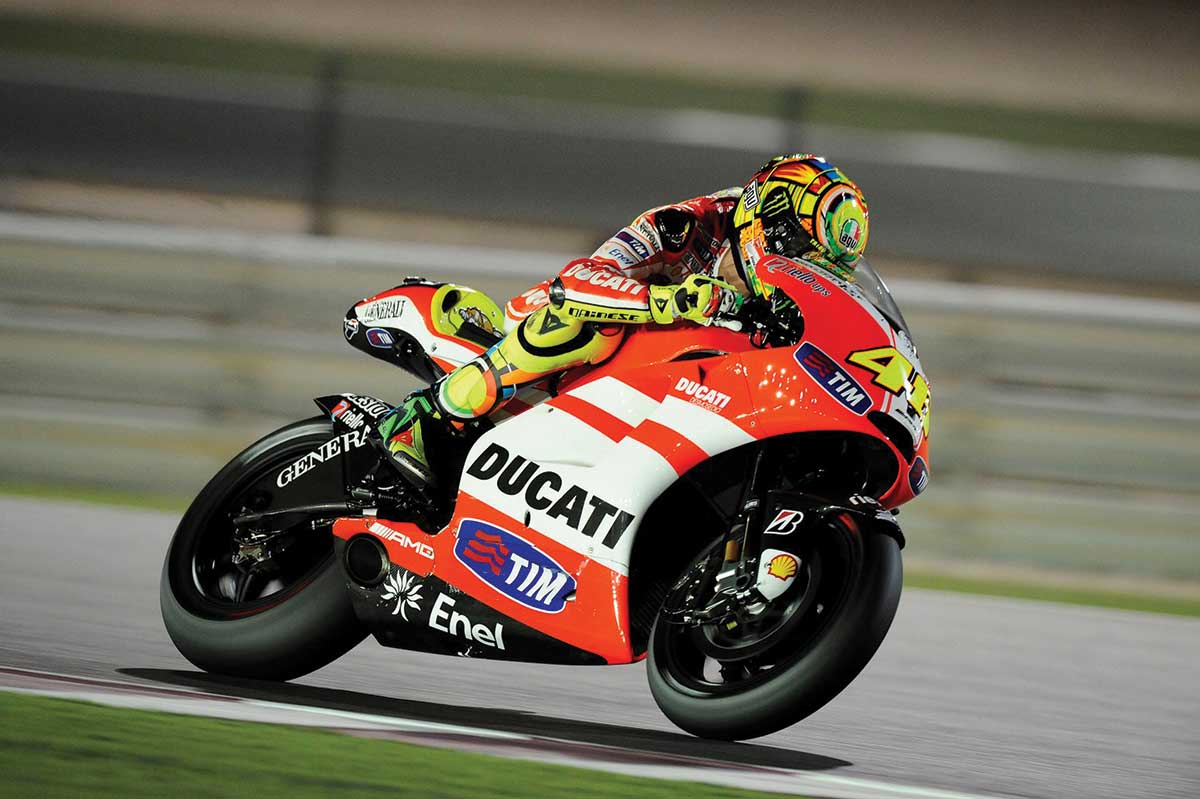 The other day Minichamps released its antepenultimate and penultimate 1:12 Valentino Rossi Ducati replicas, which are both from the 2011 season.

Ducati had a torrid time of it in 2011, developing the GP11.1 and GP11.2 after its initial GP11 proved uncompetitive. In his first season with the Italian squad, Valentino Rossi suffered the ignominy of a winless season for the first time in his career. He might have taken a fortuitous victory in the damp Jerez race, but got wiped out by Casey Stoner. He would ultimately stand on the podium on just one occasion that season, with a third place finish in the French Grand Prix at Le Mans. 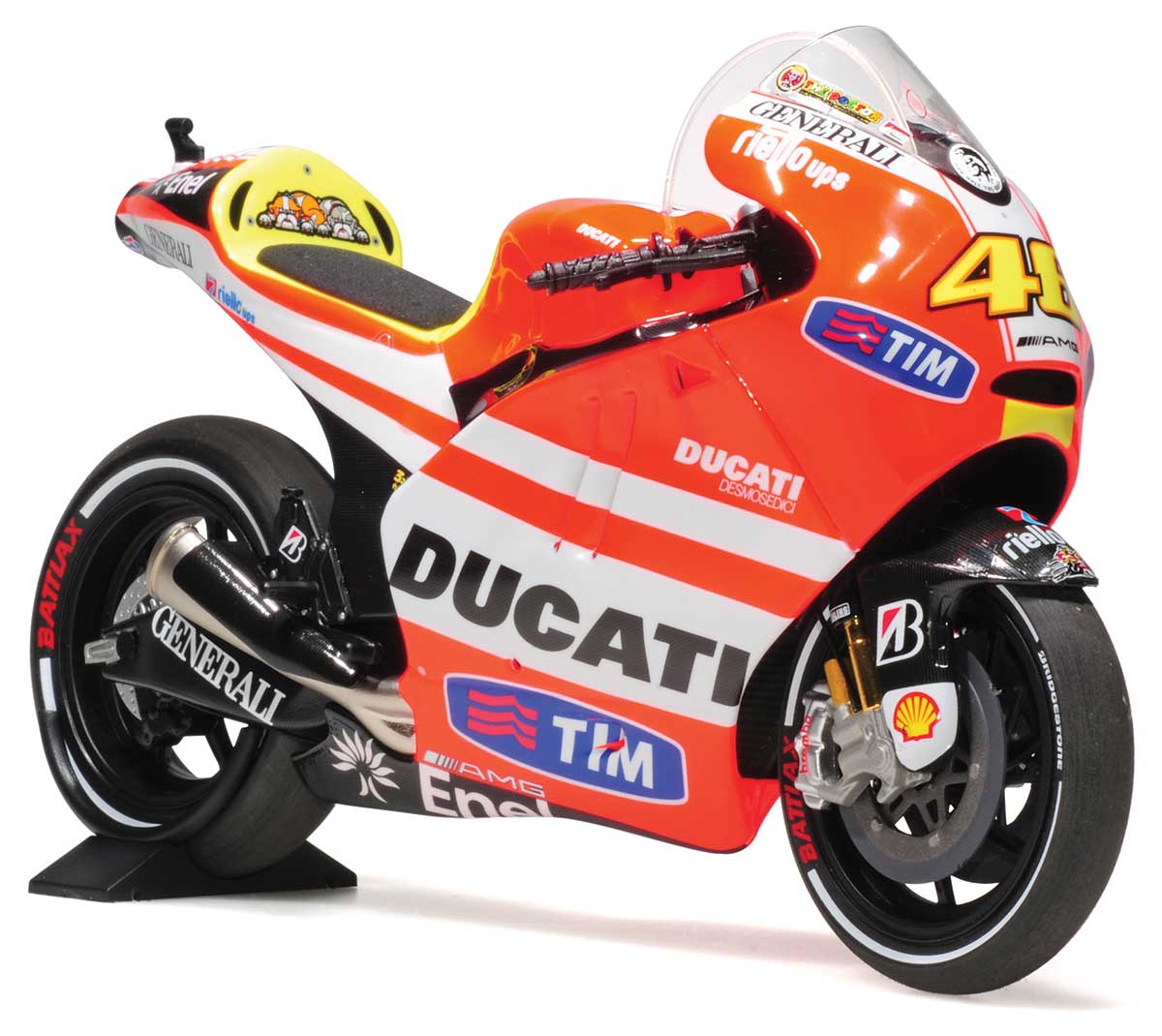 The late Nicky Hayden reminded everyone of his talent over the course of the year, finishing just seven points and one place behind Vale in the end of season standings. He also took a single podium during the campaign, with his trophy coming at Jerez. Minichamps has also released 1:12 replicas of the Kentucky Kid’s GP11.1 and GP11.2.