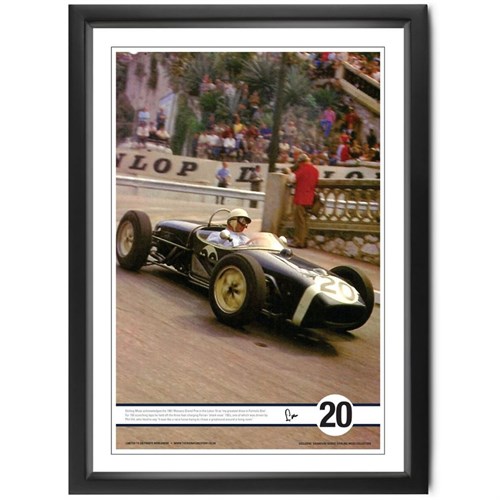 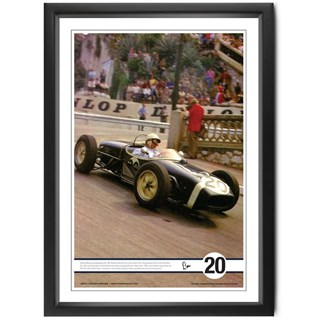 Stirling Moss, Lotus 18, Monaco 1961. A hand signed limited edition lithographic print on high quality paper. Stirling Moss acknowledges the 1961 Monaco Grand Prix in the Lotus 18 as ’my greatest drive in Formula One’. For 100 scorching laps, he held off the three fast-charging Ferrari ‘shark nose’ 156’s, one of which was driven by Phil Hill, who liked to say ‘It was like a racehorse trying to chase a greyhound around a living room.’
Read more