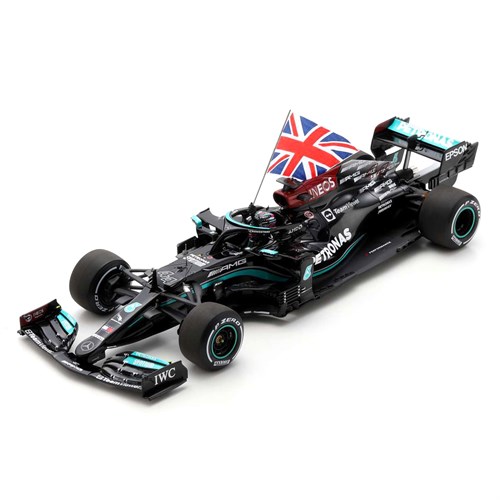 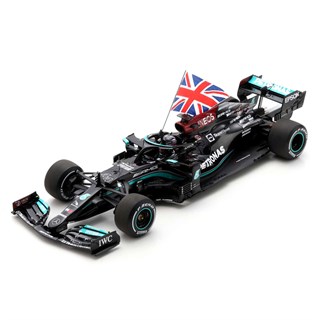 Spark 1:18 resin model of the #44 Mercedes F1 W12 as driven to victory by Lewis Hamilton in the 2021 British Grand Prix. The 2021 British Grand Prix was certainly a dramatic affair. Even in the Saturday sprint race there had been a sensational first lap battle between Hamilton and Verstappen, which paled in comparison to the first lap of the grand prix itself. Contact between the two at Copse sent Verstappen heavily into the barriers, while after the restart Hamilton had to serve a 10 second penalty at his pit stop, necessitating one of his famous comebacks. And with just two laps to go he wrested the lead from the Ferrari of Charles Leclerc to secure a famous victory, the 99th of his career! Spark’s 1:18 ‘special’ features Lewis flying the Union Jack, as he did on his victory lap.
Read more