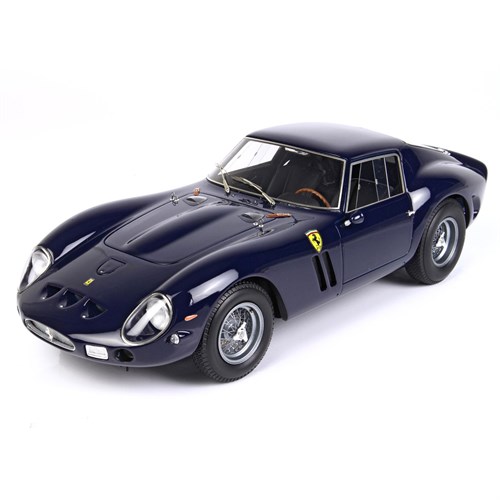 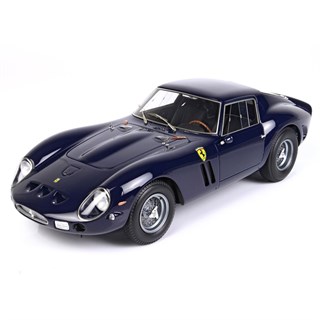 BBR 1:18 resin model of the Ferrari 250 GTO in dark blue. This is chassis #4219 GT, which Mamie Spears Reynolds, heir to the Reynolds tobacco fortune, initially bought for Pedro Rodriguez to race in the 1963 Daytona Continental, which the Mexican won. After being retired from contemporary racing the following year, the car was bought by George C. Dyer Snr, who had it painted dark blue, the colour it still wears today. More recently, this car won the 2006 Villa d'Este Concours d'Elegance.
Read more

What does Coming soon mean?

We have now received a provisional release date for this model from our supplier. Please note that this date may be subject to change. We will not charge your card for this replica until we process your order ready for despatch, and you will be charged the correct retail price for this replica at the time of its release.