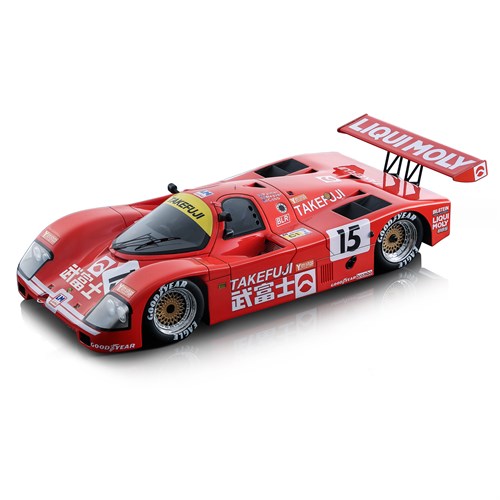 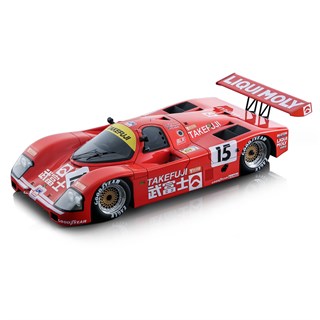 Tecnomodel 1:18 resin model of the #15 Porsche 962C GTI as driven by Jonathan Palmer, James Weaver and Price Cobb in the 1987 Le Mans 24 Hours. Richard Lloyd Racing (also known as GTI Engineering) developed the 962C GTI. After damaging the chassis of a customer 962C that it had acquired from the Porsche factory, the British team set about designing a revised vehicle with additional rigidity. It achieved this by reinforcing the tub’s aluminium sheets with a honeycomb core. The look of the car changed as well; it now featured a more aggressive front splitter, rounded headlights and a separate rear wing. The 962C GTI achieved a fair amount of success, although not at Le Mans. The #15 entry of Palmer, Weaver and Cobb was a DNF in 1987 after catching fire.
Read more