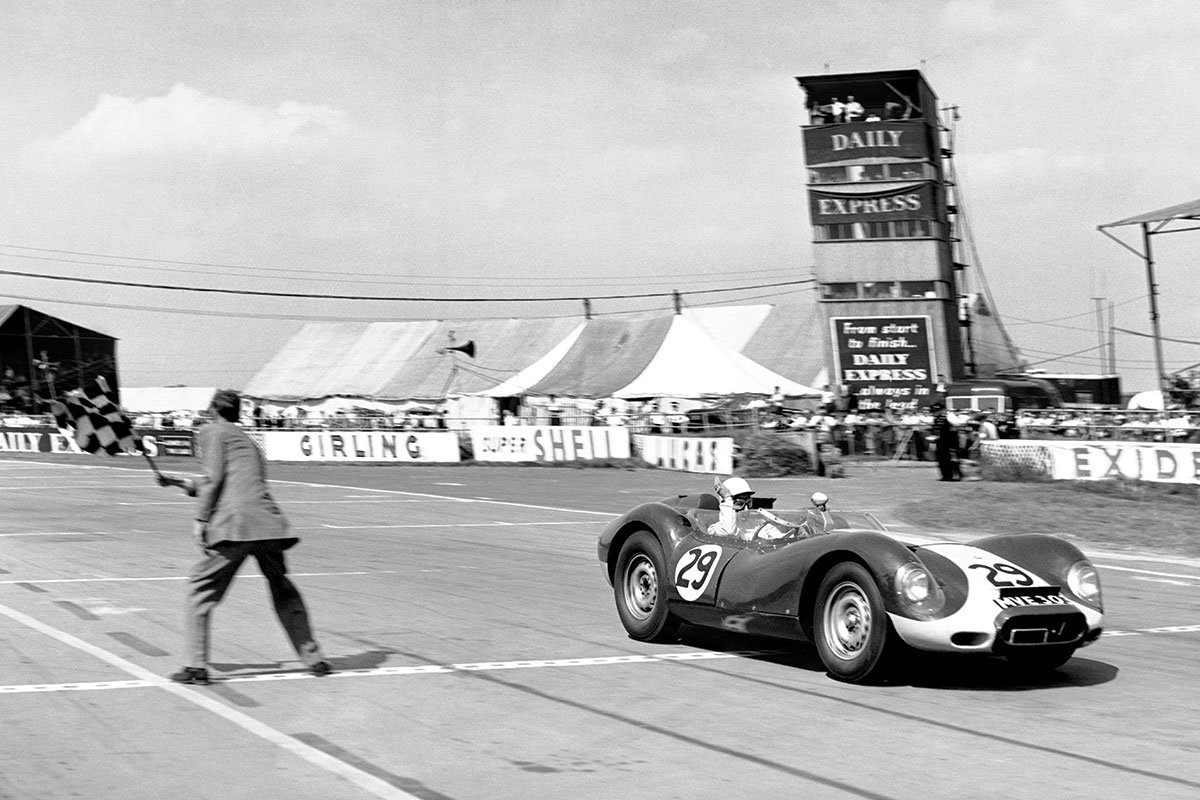 The ‘Knobbly’ earned its nickname by dint of its bulbous curved bodywork. It achieved modest success in competition, but was one of the most recognisable and fondly regarded racing cars of the era. Stirling Moss took the #29 example to victory at the 1958 Daily Express sports car race at Silverstone.