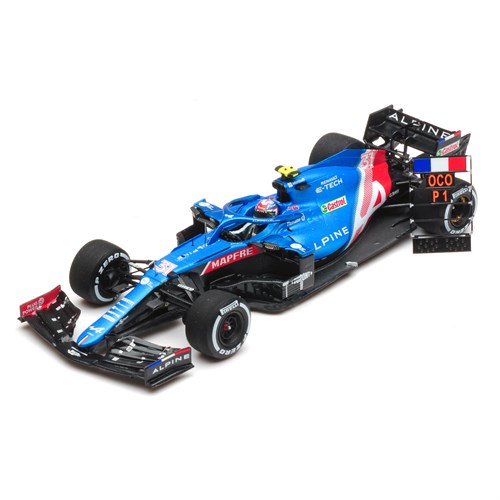 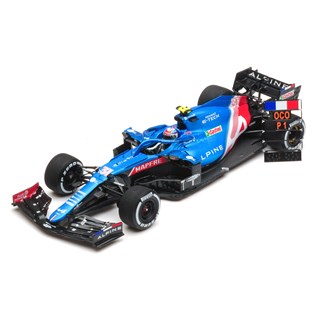 Spark 1:18 resin model of the #31 Alpine A521 as driven to victory by Esteban Ocon in the 2021 Hungarian Grand Prix. That race was a real stunner and no mistake, with several bizarre moments. The race started in damp conditions, and Mercedes’ Valtteri Bottas played snooker at the first corner, punting Lando Norris’s McLaren into the Red Bull of Max Verstappen. Behind that fracas Aston Martin’s Lance Stroll had his own accident, piling into the unfortunate Charles Leclerc’s Ferrari. The race was red-flagged, and then at the restart we had the insane scenario of Lewis Hamilton lining up on the grid by himself, as everyone else came into the pits at the end of the warm-up lap to change onto slicks as the track dried! Through all the chaos Esteban Ocon emerged to take his very first grand prix victory in his Alpine. Celebratory pit board included.
Read more