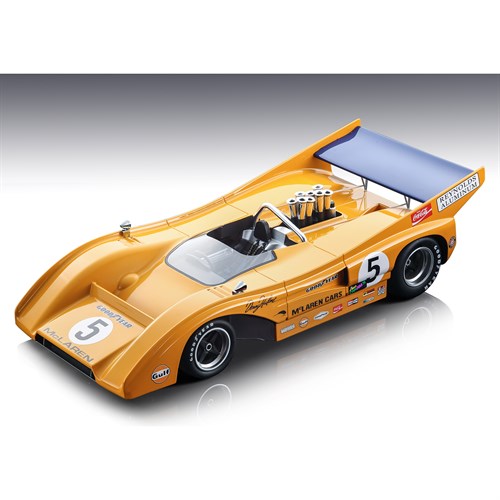 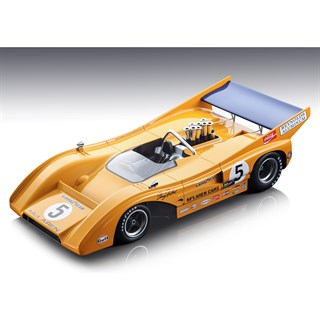 Tecnomodel 1:18 resin model of the #5 McLaren M8F as driven to victory by Denny Hulme in the Mosport round of the 1971 Can-Am series. Hulme and his McLaren team-mate Peter Revson dominated the 1971 Can-Am season, winning eight of the 10 races between them. Crucially, it was Revson who took five of those victories, and so he took the title from his Kiwi team-mate by just 10 points.