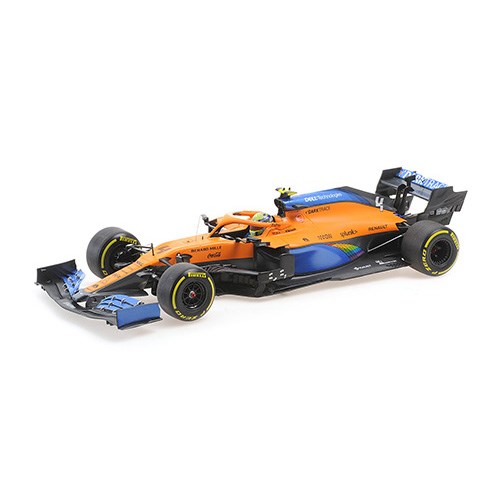 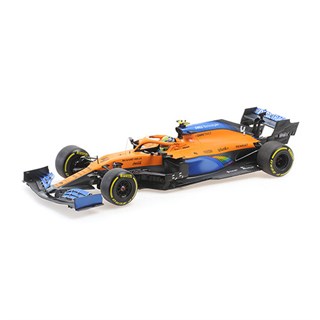 Minichamps 1:18 diecast model of the #4 McLaren MCL35 as driven by Lando Norris in the 2020 Austrian Grand Prix. The 2020 Austrian GP marked the first race of Norris’s sophomore F1 season, with the Englishman putting in an outstanding performance, especially in the latter stages of the event. After passing the Racing Point of Perez for fourth place with just a couple of laps to go, Lando then drove out of his skin to set fastest lap on the final tour of the race and finish a whisker under five seconds behind Lewis Hamilton. This was highly significant as, after the Mercedes driver had a five-second time penalty applied for making contact with Alex Albon earlier in the race, it meant that Norris was elevated to the podium for the first time in his Formula One career.
Read more