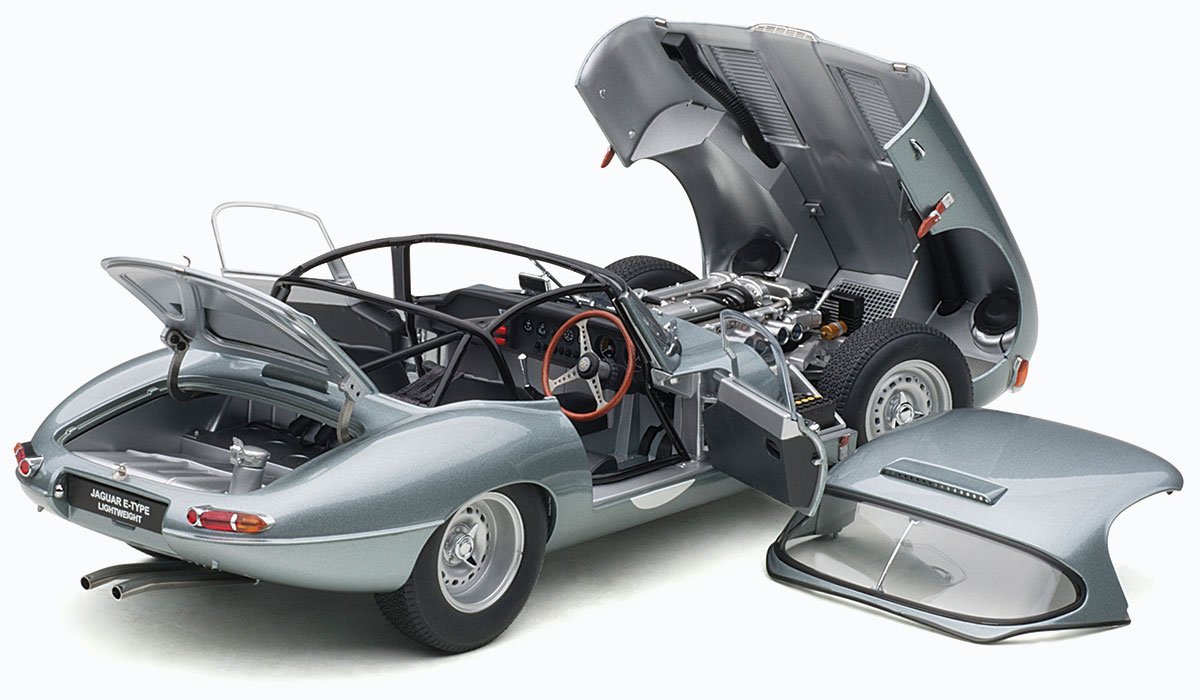 In 2015, Jaguar famously completed its order for 18 Jaguar E-Type Lightweights, producing six new examples to augment the 12 that were originally delivered in the 1960s. The £1.2 million cars were hand-built, first at Jaguar’s Whitley plant, before being painted at Gaydon and then being married to the transmission at Browns Lane.

AUTOart has just provided us with its latest two 1:18 replicas of this storied car, which come complete with opening bonnet and boot. You can also choose between displaying the model with either a roll-cage or a hardtop, or nothing at all above the cockpit! We expect to get through these quite quickly, as we did with the first two colours that were released.